Here is the new winter football for the 16/17 Premier league season. The exuberantly coloured football will display the brand new Premier League logo to reflect the rebrand of the English Premier League which takes effect from the start of next season. Traditionally a winter ball is used between October time to early spring. 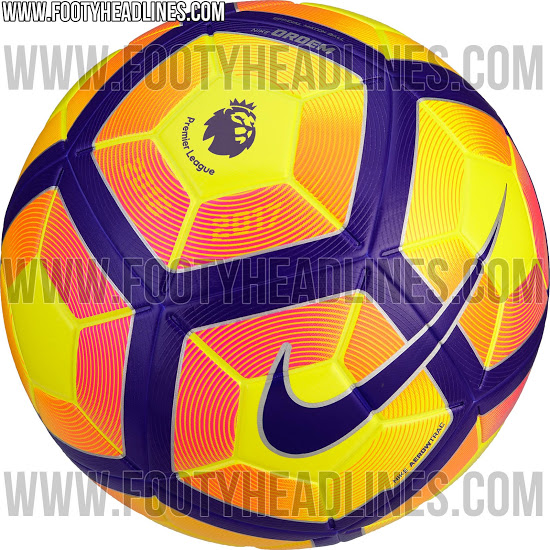 The football is designed to stand out in the harsh, dark winter months. The yellow, orange and pink this ball contains will make it easy to see in even the poorest of conditions. The Premier League logo is purple while the name and make of the ball has a silver style colour.

Have you checked out the new Euro 2016 Football?