AS Roma have unveiled their new Nike home kit for the 2015-16 season with powerful inspiration drawn from the Italian capital.

Renowned for its storied and illustrious history, the 2015-16 season sees the club entering an exciting new era with the team taking to the pitch in a striking new kit by Nike that reflects the club’s growing confidence as well as the respect that the team inspires amongst rivals.

Taking inspiration from the armor worn by Roman soldiers, the new home kit is designed to create a powerful look on the pitch. The team will emerge from the tunnel dressed for battle, ready to perform as a legion and illustrate the strength rooted in their commitment to the collective.

The shirt is in classic AS Roma red and features a unique new crewneck collar with a small split at the front. This replicates the neckline on the iron chest armor worn by soldiers in the Roman army more than 2,000 years ago.

A darker shade of red runs along the shoulder blades and sleeves in a single panel, further enhancing the players’ physical presence.

Complementing the AS Roma red, the sleeves’ cuffs are in the club’s traditional yellow, which features stripes running down the shirt’s flanks. 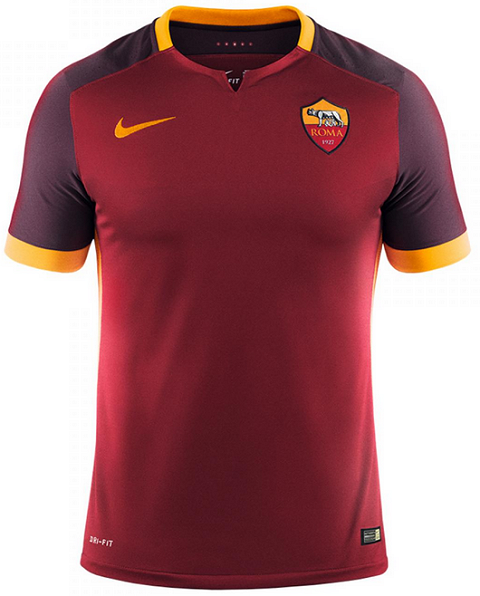 The new Nike kit is designed to capture the pride with which AS Roma, its players and its fans represent the Italian capital and express its unique spirit. The white shirt features a subtle graphic on the front – representing the architectural wonders, streets and oldest districts of Rome as seen from above.

The away kit both celebrates and consolidates the deep bond between the age-old history of the Eternal City and the club itself.

An elegant Henley collar, with the button hidden behind the placket, lends a refined, contemporary feel to the shirt whilst the sleeve trim is in the famous Giallorossi colors with a yellow strip running down each side of the shirt. 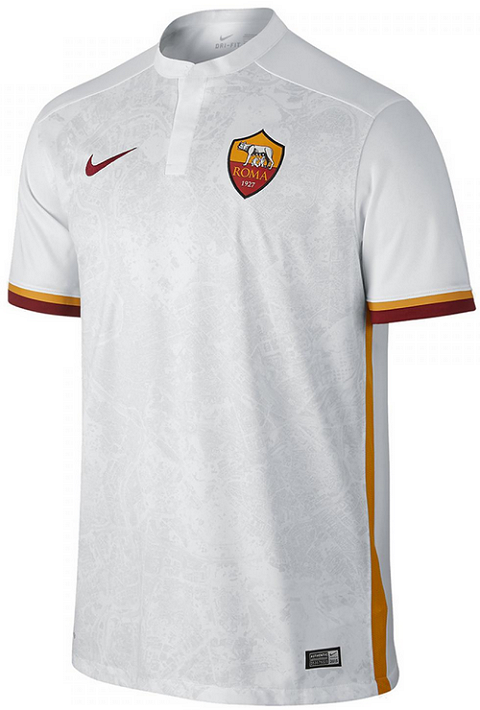