Don’t get too excited Barcelona fans!

A Barcelona shirt has been doing the round on social media the past 24 hours claiming to be a leak of the brand new away shirt.

The shirt in question is predominantly purple with pink on the periphery. Subtle triangles throughout the jersey also added to its charm. However, anyone thinking this will be Barcelona’s away shirt next season will be left sadly disappointed because it has been identified as a concept design by vi90 from DesignFootball. 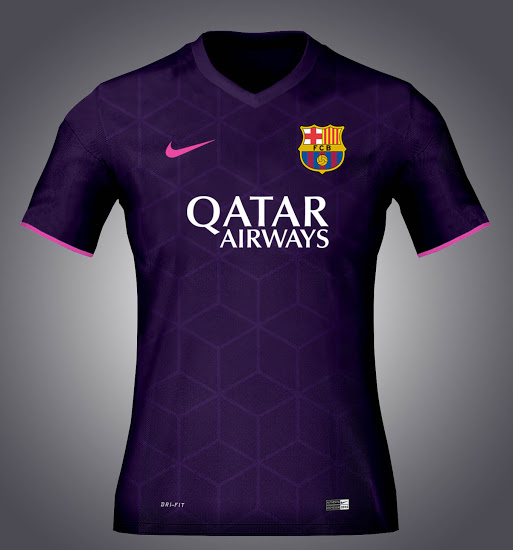 This was published as far back as November 2015 and while many Barcelona fans would love to get their hands on the jersey it seems like it will just stay a concept design for now.

UKSoccershop reported on the real Barcelona shirt leaks last month when we revealed that the Catalans would be ditching the ‘hoops’ from this season and going back to their traditional and world renowned verticle stripes.

Would you like to see Barcelona sport this purple design?