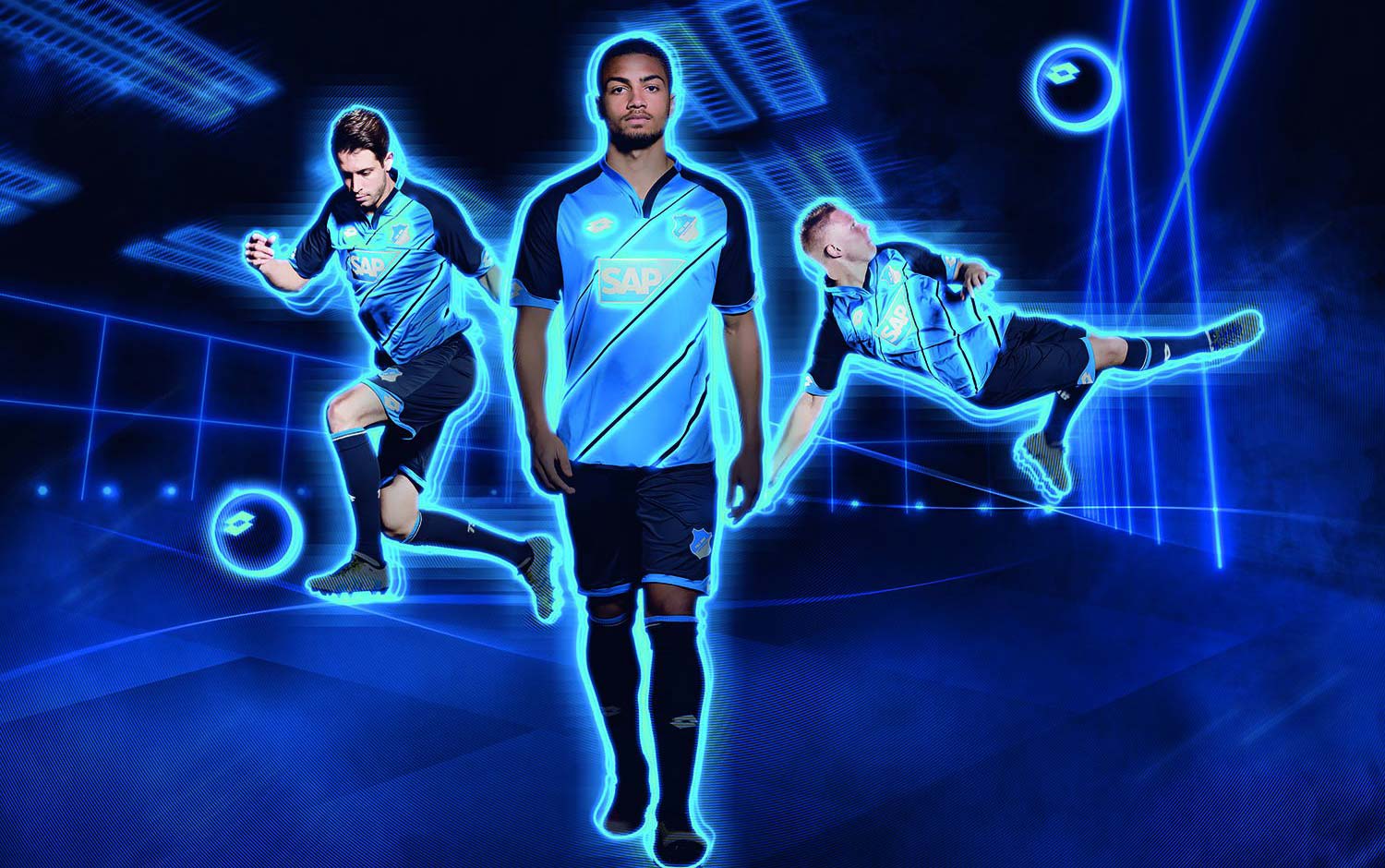 Having secured their Bundesliga survival on the last day of the season, TSG Hoffenheim have released their 2016/17 home kit.

Despite losing 1 –  4 at home to Schalke in which the kit made its debut, TSG Hoffenheim avoided the relegation play-off thanks to Werder Bremen’s 1 – 0 win over Eintracht Frankfurt.

In contrast to last season’s kit, 2016/17 will see Die Kraichgauer wearing a two-tone blue shirt. The front of the shirt is electric blue with navy diagonal stripes. Sponsor, SAP, has their logo in the centre of the chest whilst the sleeves are navy. 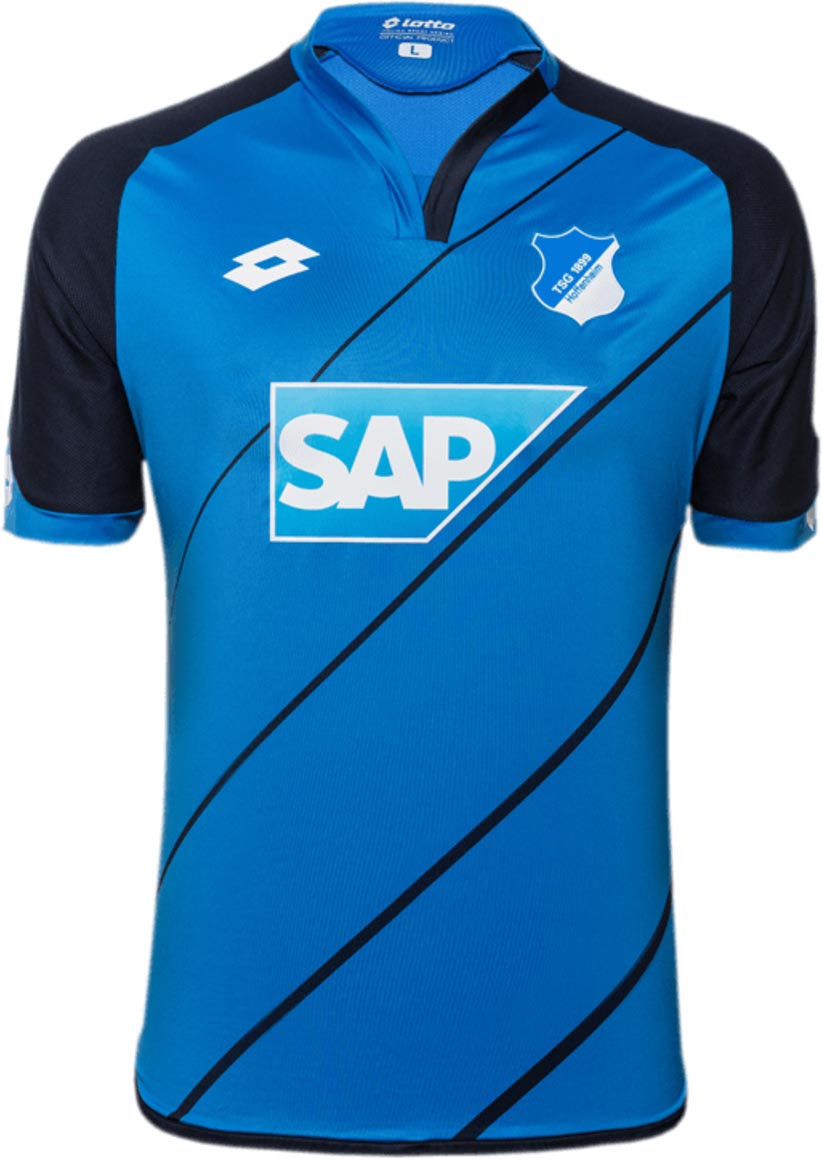 With it’s alternate navy and electric collar housing the logo, “actzehn99” – “1899” referring to the year of the club’s foundation – the shirt’s back is solid electric blue. 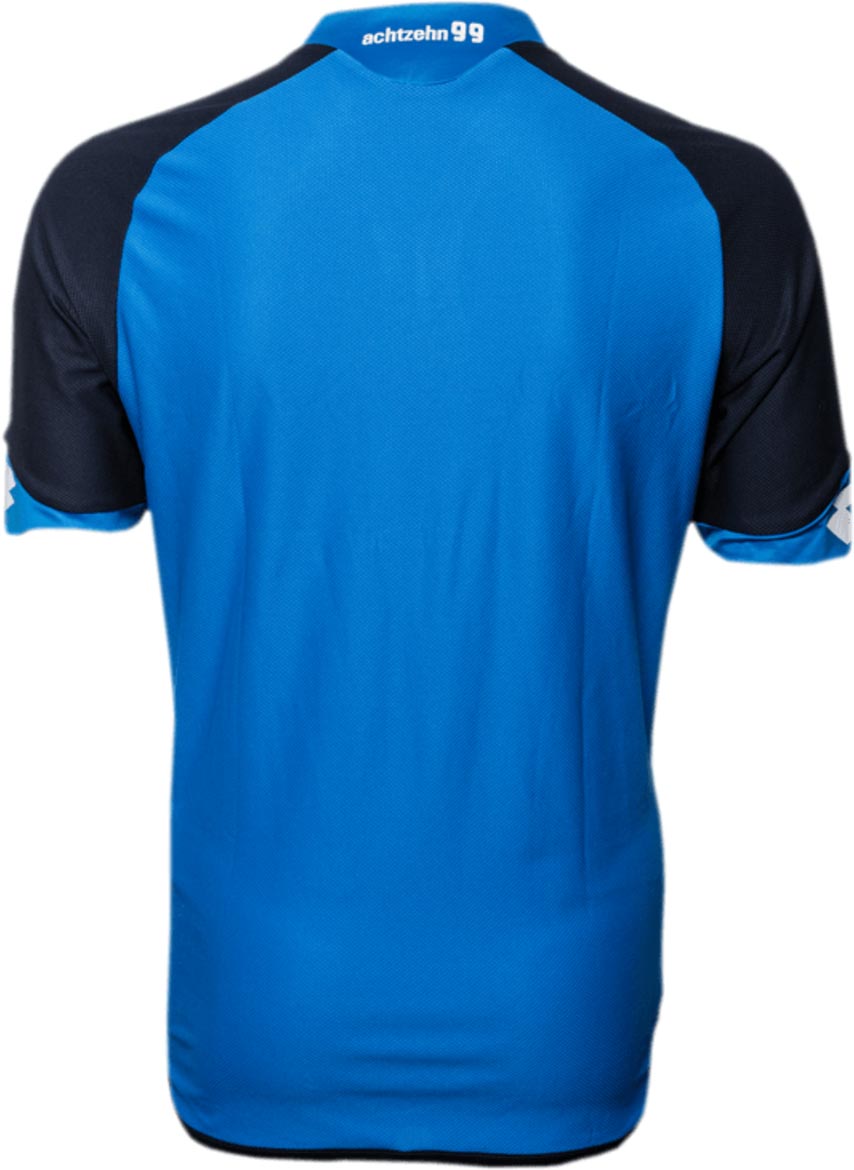 Completed with navy shorts and socks, Hoffenheim will be hoping that this modern take on their traditional colours will lead the team to a better season next time around. 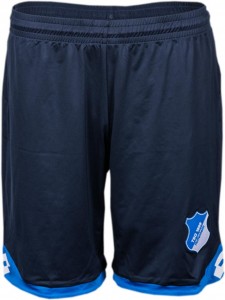