New York City FC debuted their 2017 primary kit in Orlando this evening. In keeping with much of the weekend’s MLS action, the unexpected happened as the Lions took an early lead through Cyle Larin. It proved to be the only goal of the game.

Much is expected of Patrick Vieira’s men after they reached the MLS Cup semi-finals last season. Second in the Eastern Conference, they finished fourth in the table overall. The season ended in disarray with a 0 – 7 aggregate defeat to Toronto in the play-offs. 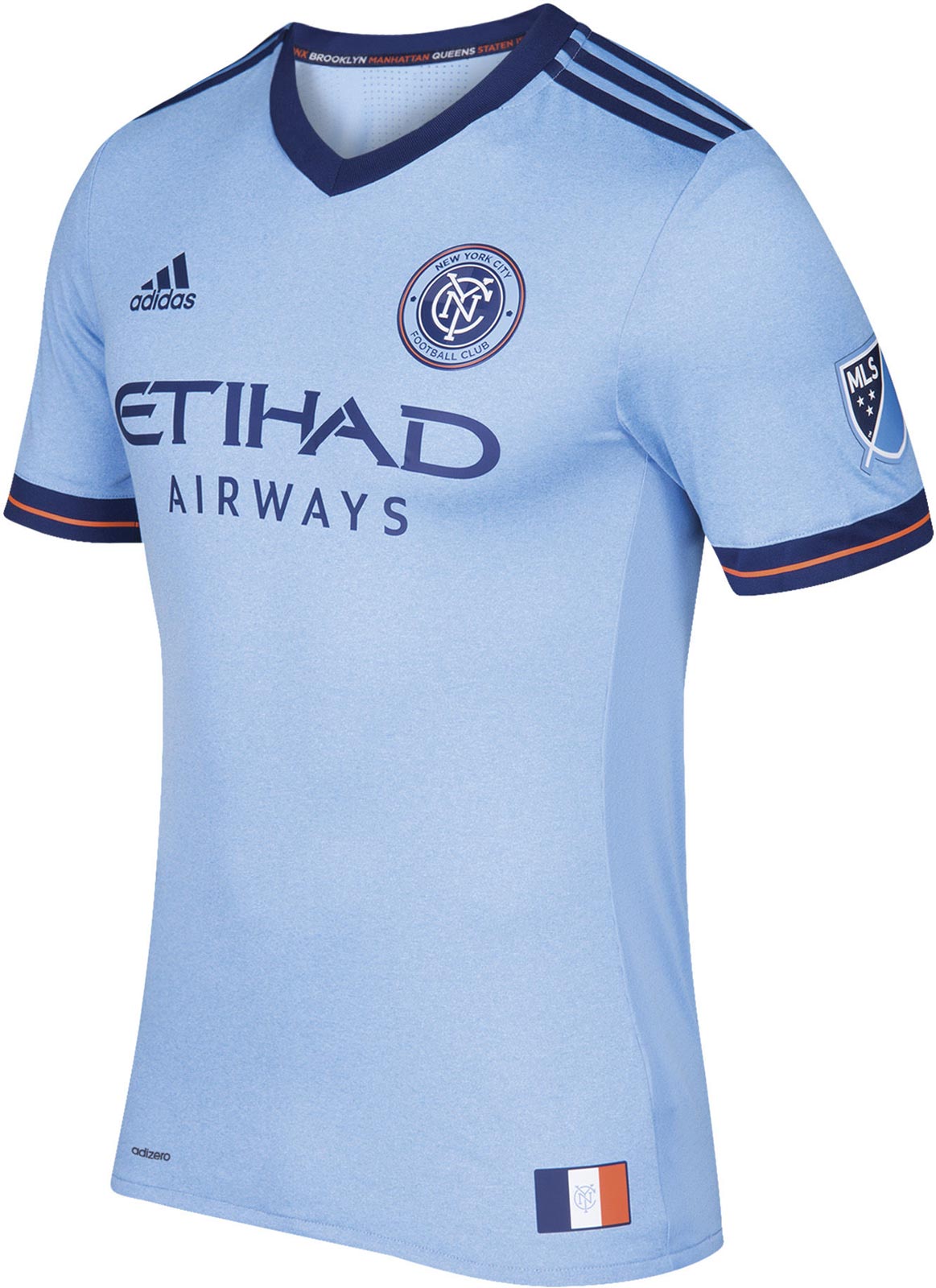 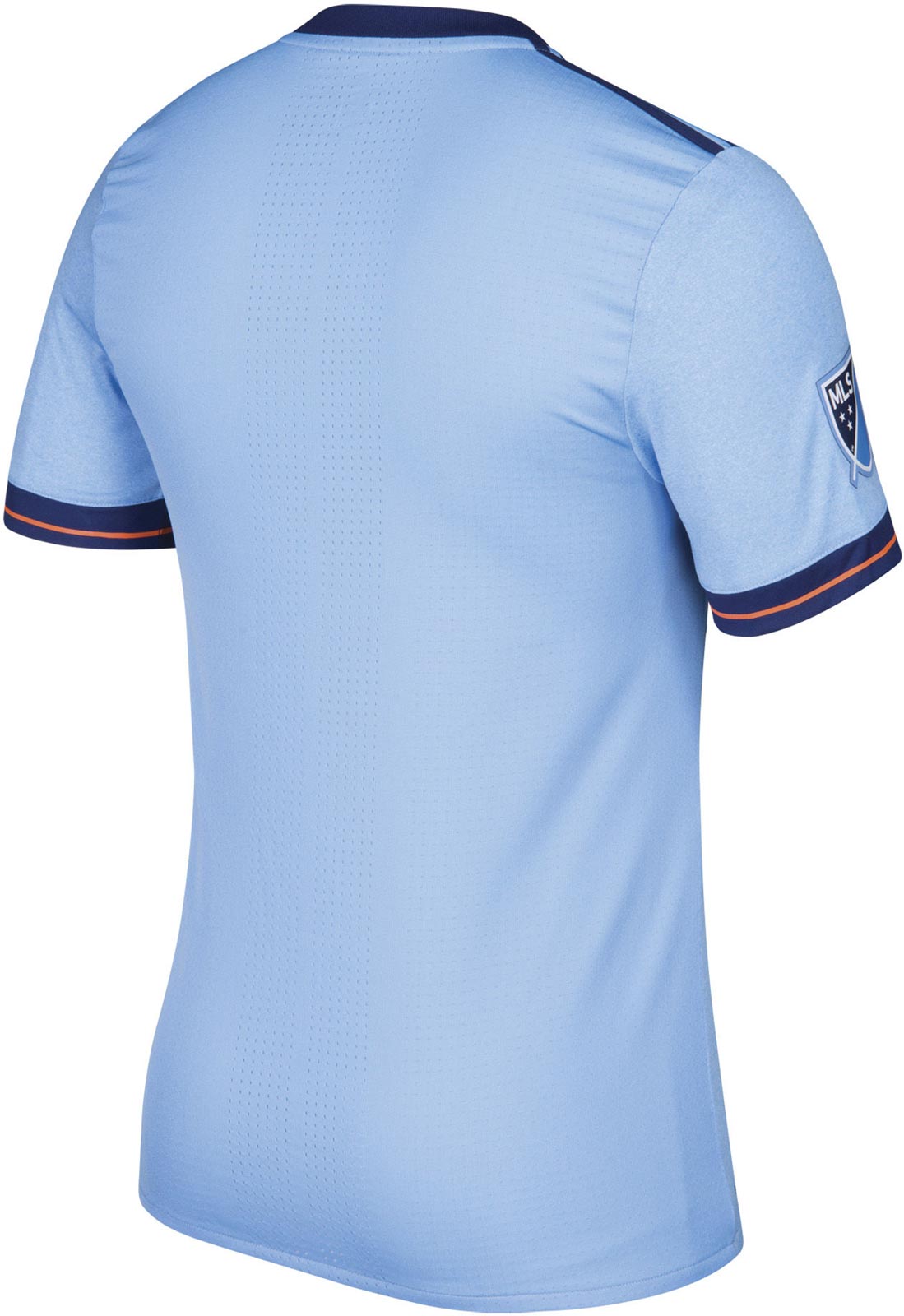 Adidas hasn’t pulled any trees with the shirt;  it’s very much a ‘traditional’ football design. The sky blue base is the club’s colours which are also those of owners, Manchester City. Adidas labelled these as ‘heather blue’…

There is a wealth of detail in the kit. The badge, is made of vinyl, to give it “depth”. Meanwhile, the dark blue sleeve cuffs mirror the orange trim of the crest with a thin band of the same colour.

Adidas’ Three Stripes and v-neck collar are dark blue. On the inside of the collar, the five boroughs are named on the necktape while the city flag is included as a jock tag.