Following the first weekend of the new season of the North American Soccer League, New York Cosmos officially launched what will be their third jersey. The team that has Raul Gonzalez Blanco, all-time top scorer of Real Madrid, as its marquee signing, added a kit that will carry the colour of the shirts dressed by the original Cosmos during the 1980s. 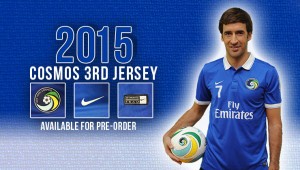 This third shirt of the NASL’s NY team for the 2015 season features royal blue colour with white collar and sleeves cuffs with one a thin line of the same blue. In the center of the jersey you can see the sponsor in white, with the logo of Nike in the right breast. Just below the logo of the brand, is placed the team numbers in homage to the original shirts. On the other side of the chest stands out the team crest. 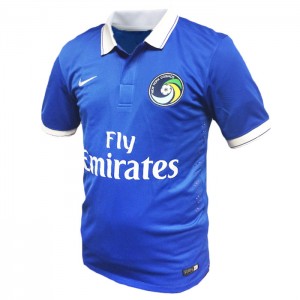 The design is a simple Nike template, which serves to appeal to the sense of nostalgia and makes several references to the historical New York Cosmos.

This blue shirt is available for sale from April 8 and it will be used by the team for the first time on May 10, in the match against FC Edmonton.

(Images taken from the official website of New York Cosmos)