Promotion is the holy grail of every Championship club and Newcastle United sealed their return to the Premier League with a 4 – 1 win over Preston on Monday.

The Geordies, woeful and deservedly relegated last season, bounced back to the top flight at the first time of asking. Rafa Benitez’s men made hard work of the final few weeks of the season but partied like it was 1999 at St James Park when the referee’s whistle confirmed they were back in the big time.

And the timing could not be better: Newcastle United are 125 years old next season.

The crest features against the background of the soon-to-be-released 2017/18 home kit, which appears to be a traditional black and white striped design without patterns. For a commemorative season, that’s just the ticket. One change will be the main shirt sponsor. Wonga’s cash isn’t good enough for the Newcastle board and a new sponsor’s logo features on the shirts next season. Maybe they should have a word with a certain well-known sportswear company…?

Puma will once again design the Magpies kits. 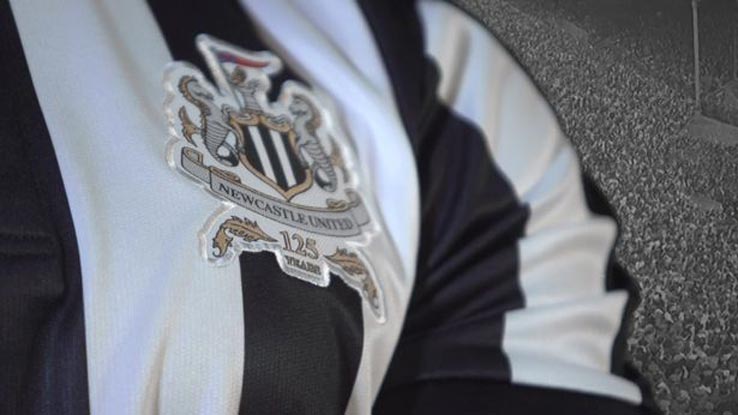 The traditional design will see black trim accompanying the shirt, with a polo-style collar expected.

Founded on 8th December 1892, Newcastle United joined the Football League a year later. Their opening match was away at Woolwich Arsenal on 2nd September 1893, finishing 2 – 2. The current incarnations of the two clubs will meet in next season’s Premier League for the 179th and 180th times.