Until this week, it was an open secret that Adidas would come back to Rosario, Argentina, and provide Newell’s Old Boys the clothing for the next seasons. Last Sunday, the incumbent president of the club Jorge Ricobelli officially confirmed that the german brand would be designing the new kits for the team in which Lionel Messi played as a youth and of which he is fan. 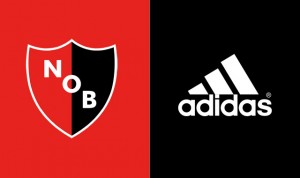 The first Adidas jersey for Newell’s will be known around July and it will debut after the Copa America, when the argentinian tournament resume its competition, because only then it will come into effect the agreed contract. Up to that month, the team from Rosario will continue using the current brand, Topper.

From July onwards Rosario will see a derby of the brands between its two biggest clubs, Newell’s Old Boys and Rosario Central, because while “los leprosos” will have Adidas jerseys, “los canallas” already have Nike kits. 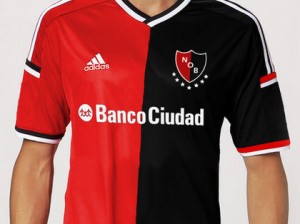 For now the new Adidas kits for Newell’s have not been published but on the web is circulating an alleged sketch for the shirt, which can be seen with this article.

It should be remembered that Adidas have already dressed the black and red club at a glorious time in its history, between 1978 and 1998, a period in which the team won three domestic titles and reached twice the final of the Copa Libertadores, South America’s maximum continental tournament.