The new Nike Atlético Madrid 2015-2016 Home and Away Kits are inspired by the shirts worn in the 1995-96 season, when Atlético won the league and cup double. The Atletico 15-16 Shirt boasts Atlético’s traditional red-and-white stripes design.

Plus500 and Atletico announced a two-year sponsorship deal on June 24, replacing previous main sponsor Azerbaijan. Nike again makes the new Atlético de Madrid 15-16 Kits, after the renewed the contract and will the jerseys at least until 2026.

2015-16 marks the 20th anniversary of Atletico Madrid’s most 1995-96 campaign, in which the club claimed El Doblete, the prized double of the La Liga and Copa Del Rey titles, for the first time in its history.

The new home shirt boasts five classic Atletico red stripes on a white background. Recreating the home kit aesthetic from 20 years ago, every stripe is bordered by a thin red pinstripe on each side.

In further reference to the 1995-96 shirt, the sleeves and shoulder blades of the new home shirt form a commanding block of the club’s vibrant red. This color palate continues onto the shirt’s back, which for the first time in Atletico Madrid’s history is entirely red.

The shirt has a lightweight and modern V-neck collar with a blue band at the back. On the inside back of the neck sits a small Spanish flag featuring the anniversary dates of 1995/96 – 2015/1 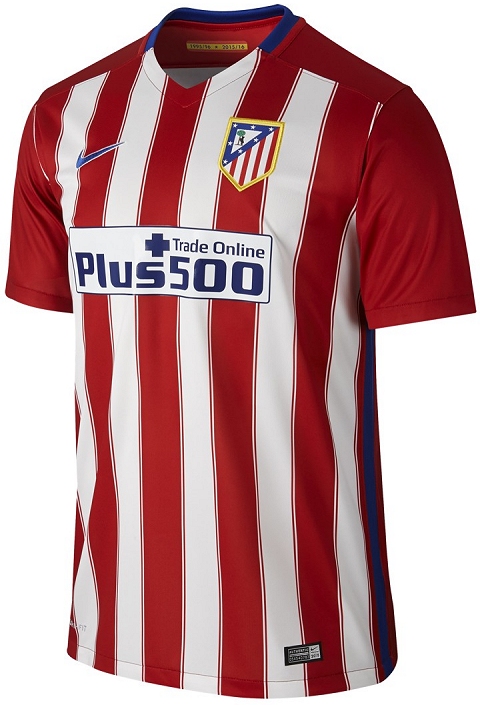 The Atlético 15-16 Away Kit is navy blue, inspired by the Atlético Madrid Away Shirt worn in the 1995-96 season. Sleeves and shoulder area of the new Atlético 2015-2016 Away Jersey are of a darker shade of blue, while the sides and the collar of the new Atlético Away Kit also sport red details. The back of the neck sits a small tab of the Spanish flag featuring the anniversary dates of ‘1995/96’ and ‘2015/16’. 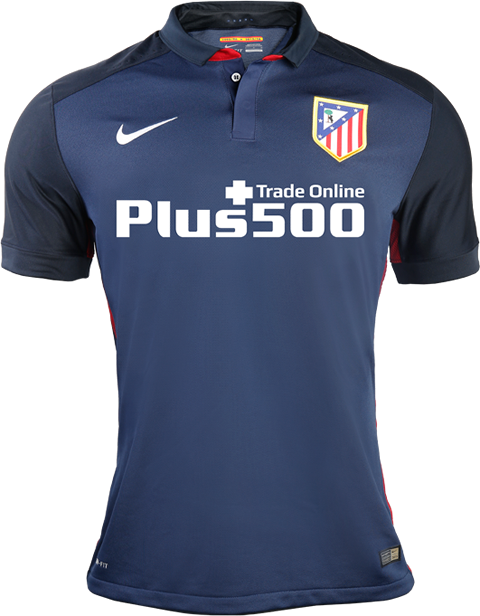