Turkish champions Galatasaray will sport a striking red as primary alternative choice for the Champions League this season. The Galatasaray 15-16 Third Kit is based on Nike’s iconic 15-16 ‘Night Rising’ Third Kit template and boasts gradient details in black.

The new Galatasaray 2015-2016 Third Kit is solid red with black accents in the form of the Nike Swoosh on the chest and gradient finishes to both sleeves. Additionally, a black stripe runs down both sleeves and the sides of the Nike Galatasaray 15-16 Third Jersey, a common feature of Nike’s 15-16 Kits.

Following Galatasaray’s 20th Turkish Süper Lig title, the Galatasaray crest on the left chest of the new Galatasaray Third Shirt is decorated with four stars. The fourth star was added above the previously-won three stars due to production times. 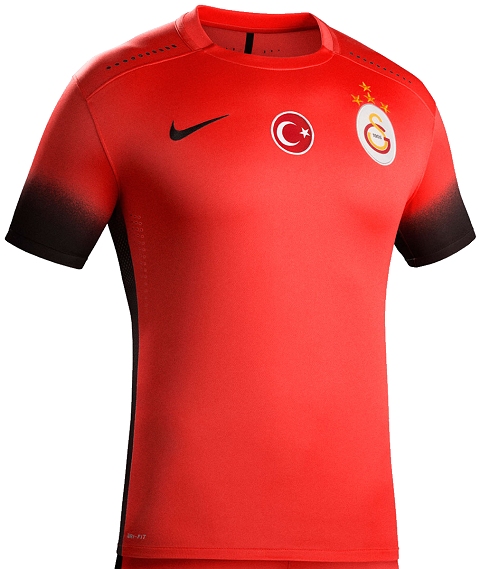