The new Man City 15-16 Third Kit is inspired by the kit worn in the truly momentous playoff victory that secured the team’s promotion from the third tier of English football in 1999. Manchester City was faced with a 2-0 deficit against Gillingham FC at Wembley, but scored two goals in injury time and ultimately triumphed 3-1 in the ensuing penalty shootout.

The new Man City 2015-16 Third Shirt has a striking light green base. A black gradient design is featured on the ends of the sleeves of the new Manchester City Third Kit, which has a simple crew-neck collar. 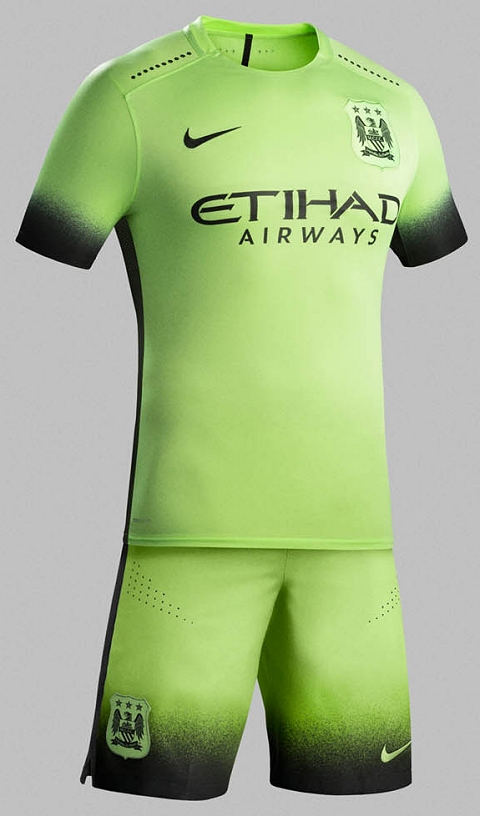