The Premier League‘s winter 2017 football has been released. As well the English top flight, the ball will be used in Spain’s La Liga, Italy’s Serie A, Germany’s Bundesliga and France’s Ligue Un.

This is the Nike Ordem 4 Hi-Vis Winter 2017 football which will be used in the Premier League and Europe’s major leagues this winter: 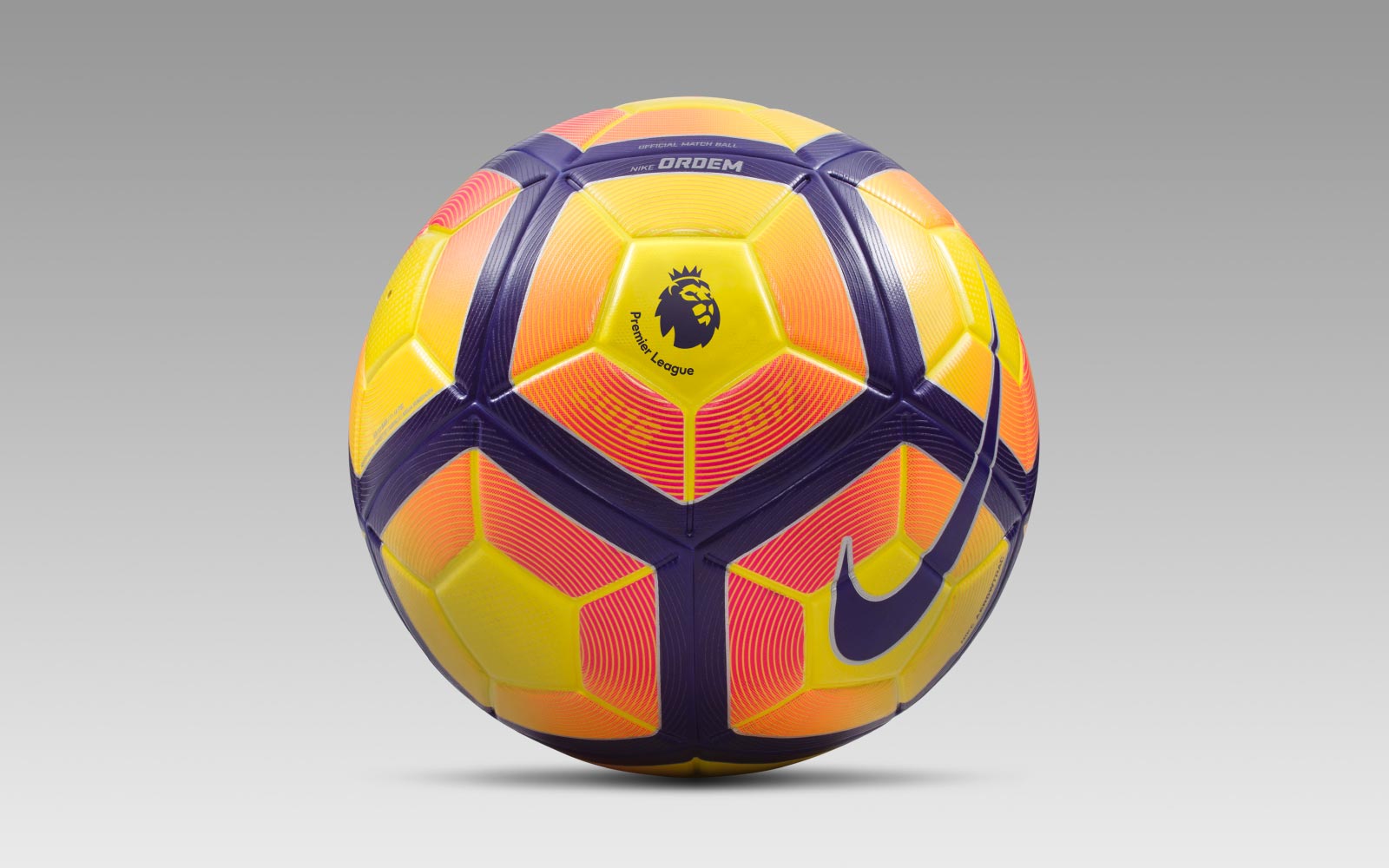 Featuring the Premier League’s new logo, this is the Nike football which will be used for matches from the end of this month through to March. The logo for each league will be used on the ball depending on the country in which it is being used.

Predominantly yellow, the ball comes with purple accents along the seams of each of the panels. Orange and pink patterning offer a distinctive design. Within the pink tonal lines are the years ‘2016’ and ‘2017’ identifying the season in which it is used.

Both Nike and Premier League logos are in purple. The Swoosh comes with silver edging with the same colour detailing “ORDEM” on the purple accents.

Nike claims that this is unchanged from the previous winter footballs issued over the past three years. The Ordem, they note, remains the “most aerodynamically attuned” football which the company has produced.