German Bundesliga club SV Werder Bremen today revealed a new alternate kit, which draws inspiration from the region with the striking color red. The new Werder Bremen 2015-2016 Fourth Kit is set to be debuted in the DFB Cup tie against Köln on 28 October 2015 and will be also worn in the last Bundesliga home match of the year.

Werder Bremen’s 2015-16 Alternate Kit features the colors of the city of Bremen, red and white. Based on the striking Nike Sash Jersey, the new Werder Bremen 2015-16 Fourth Kit combines the main color white with a unique red Sash on the front. The key from the city’s coat of arms is printed on the front of the shirt. 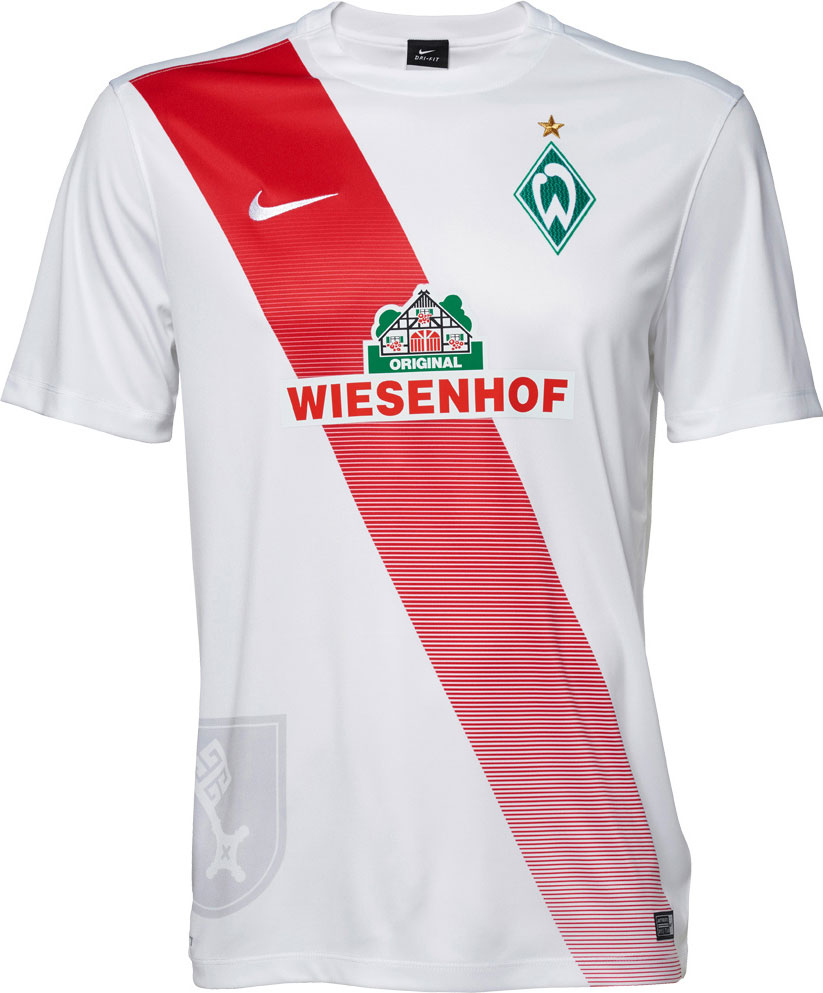