The US/Chinese consortium which bought the club earlier this year will be hoping to build on that and claim a place in the Champions League this season. 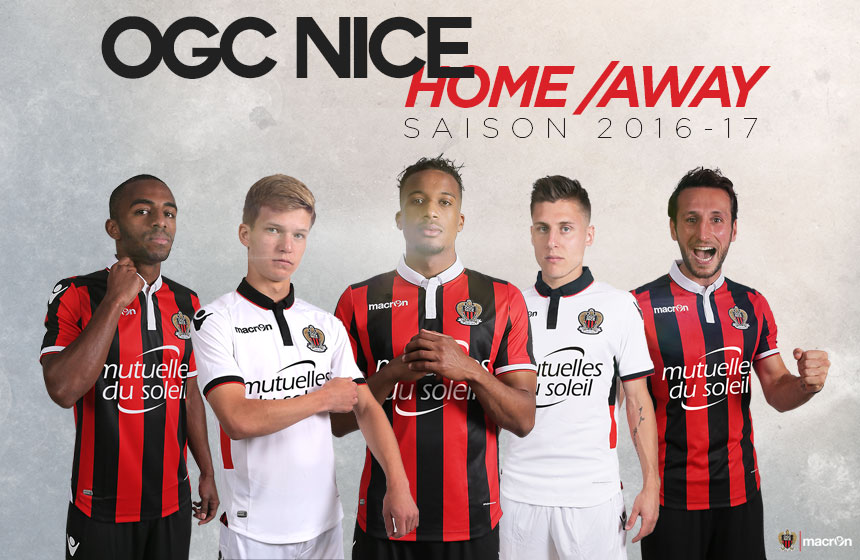 This is the home kit which will be worn by OGC Nice during the coming season: 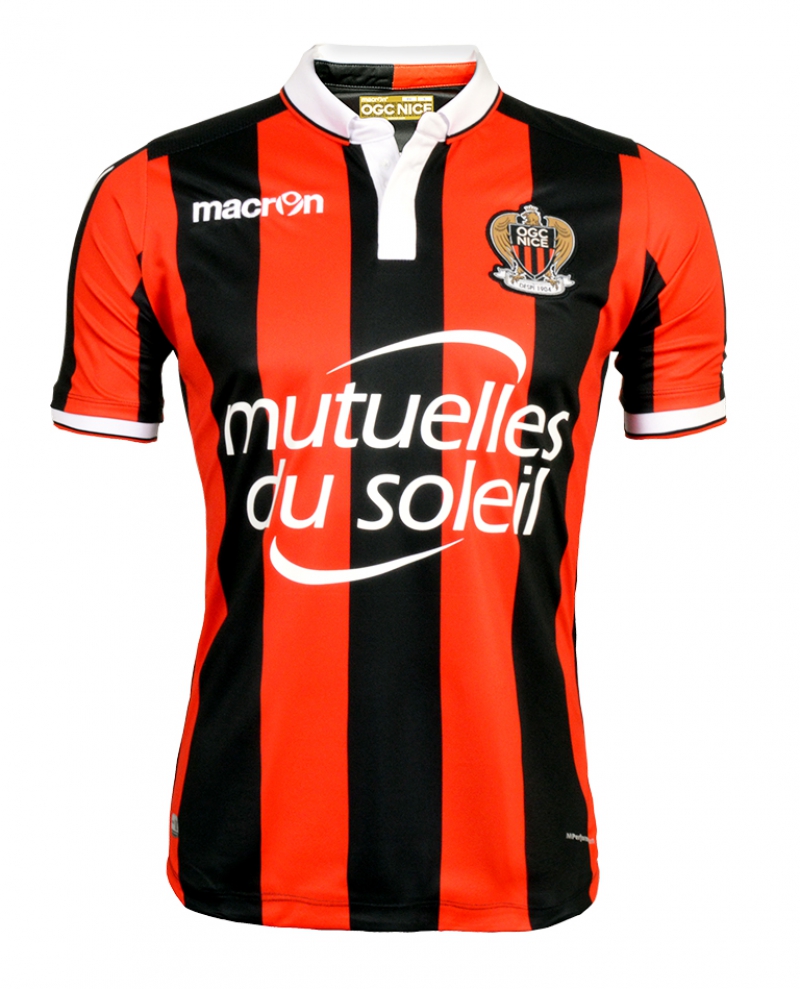 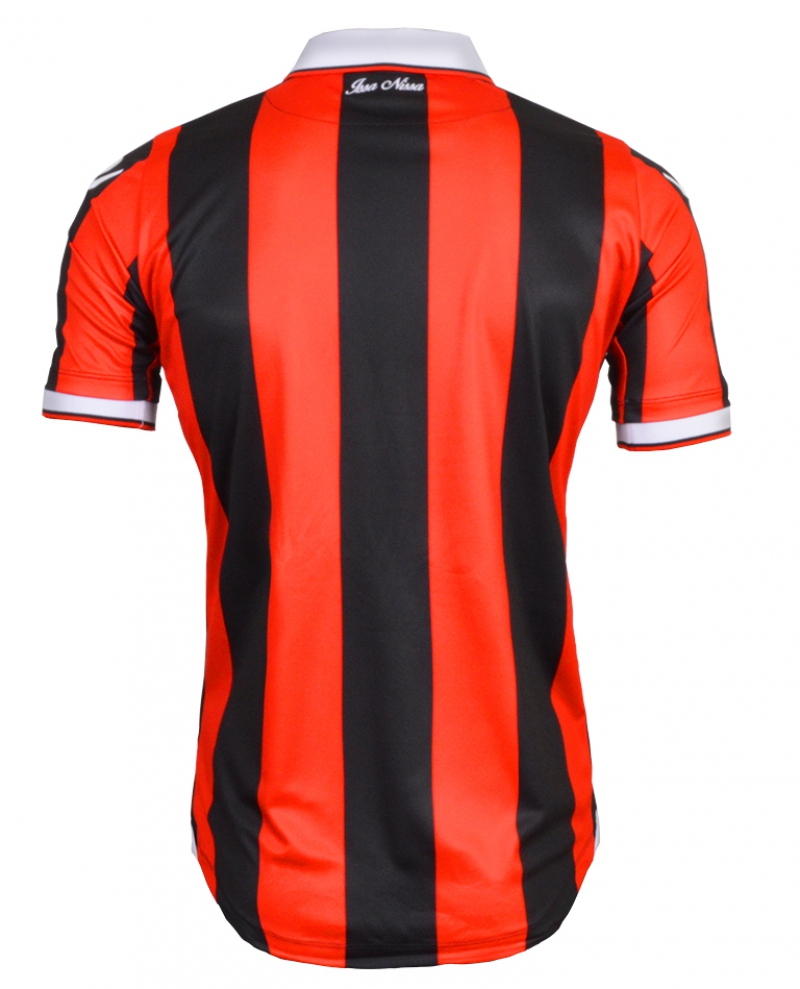 The shirts are evenly spaced red and black stripes around the front and back of the body, as well as the sleeves.

Around the white polo style collar is a thin black piping on the neckline. The cuffs are formed of thick white and thin red bands.

On the reverse of the shirt is the motif, “Issa Nissa”, Nicoise for “Forward Nice”. 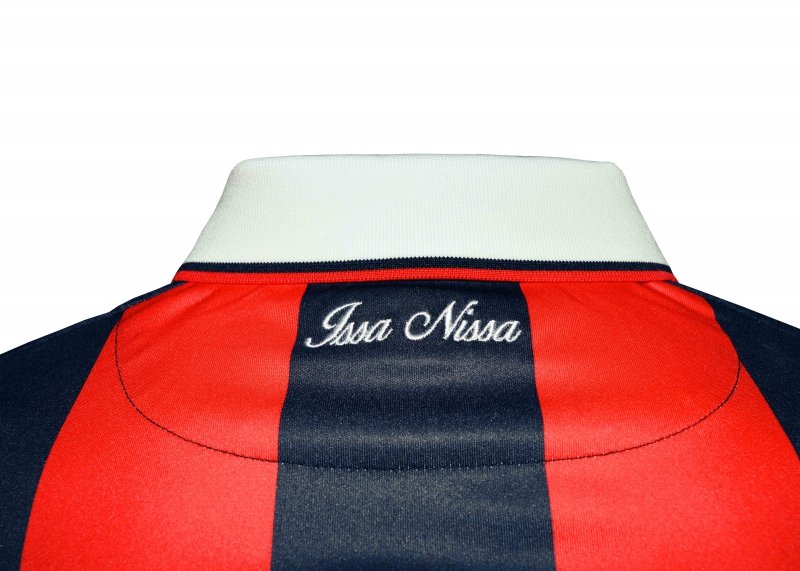 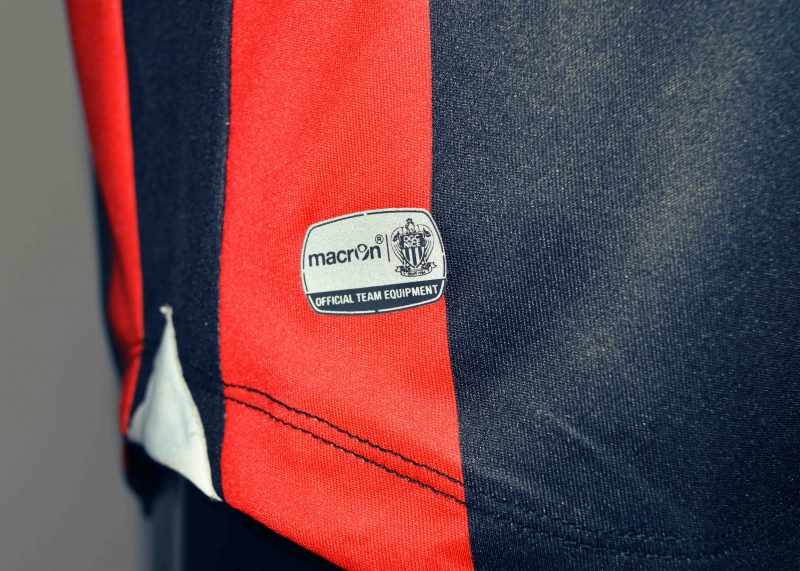 The kit is completed with black shorts and socks.

For their away games, OGC Nice will wear this Macron kit during 2016/17: 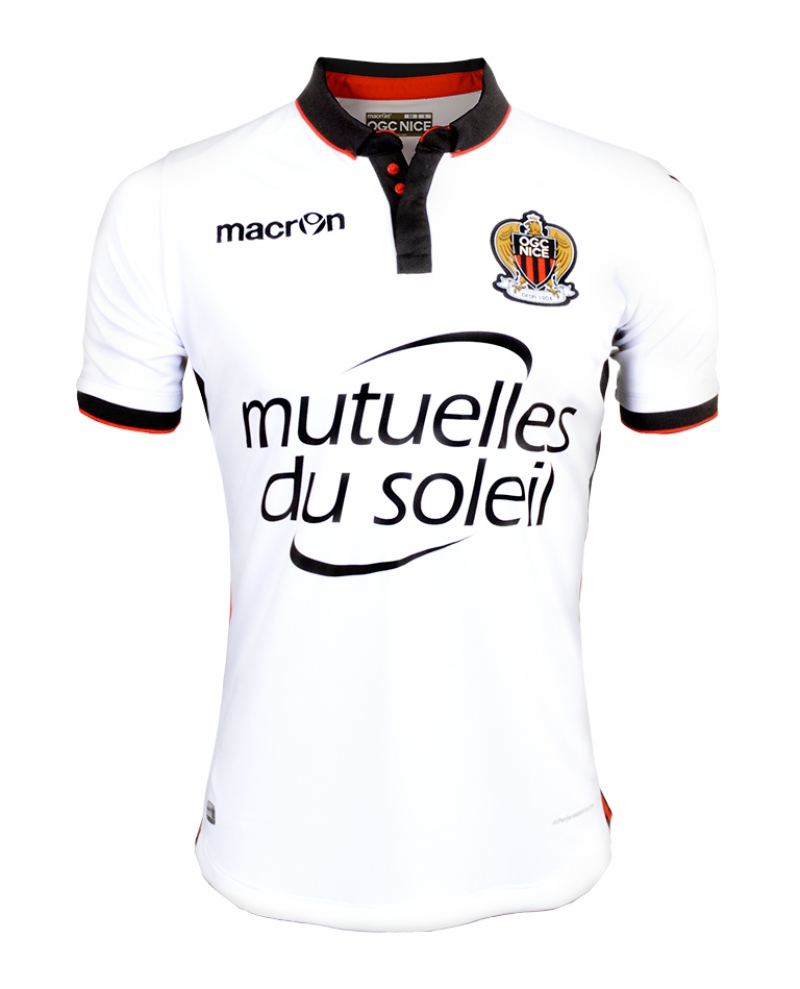 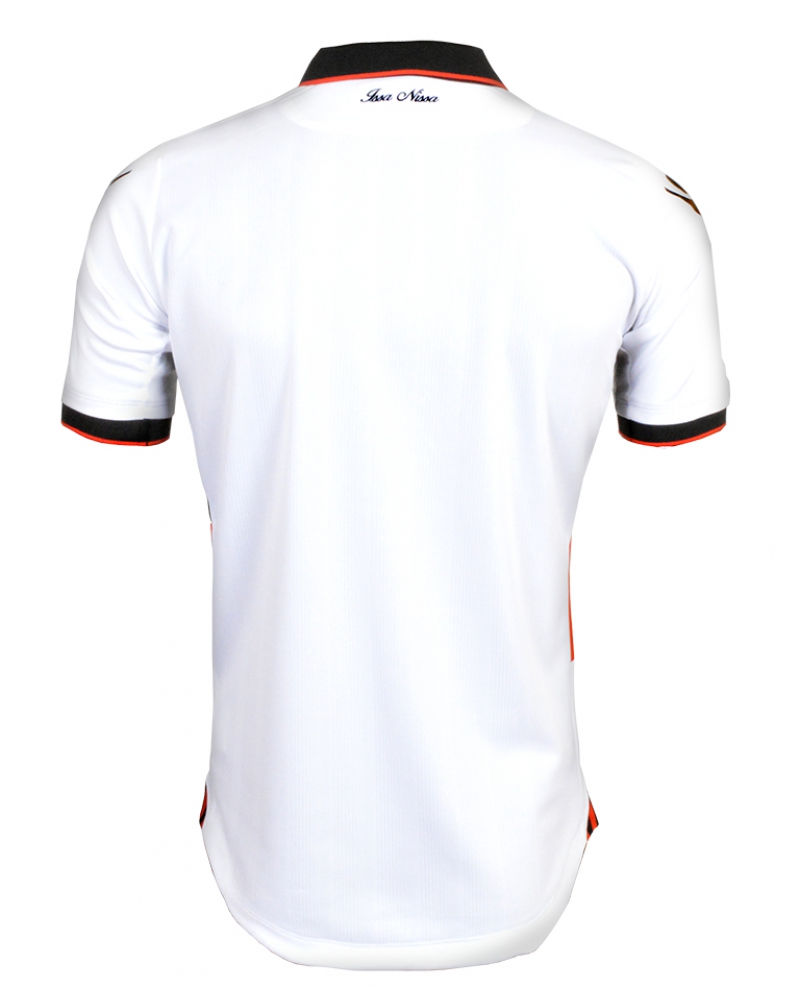 The all-white kit features black and red trim. A polo style collar is black with red piping around the neckline. The sleeves feature black cuffs.

On the reverse is the same dialetic phrase as the home shirt, “Issa Nissa” in cursive script.

The shorts and socks are white. 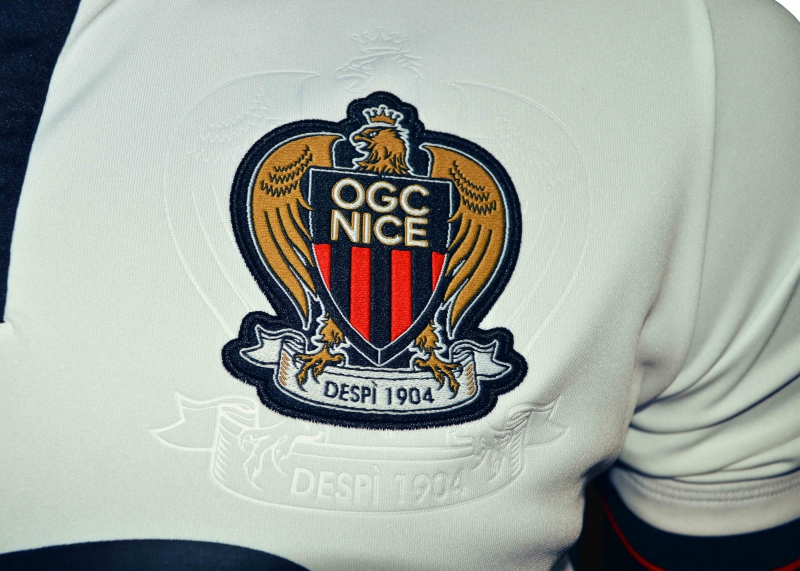 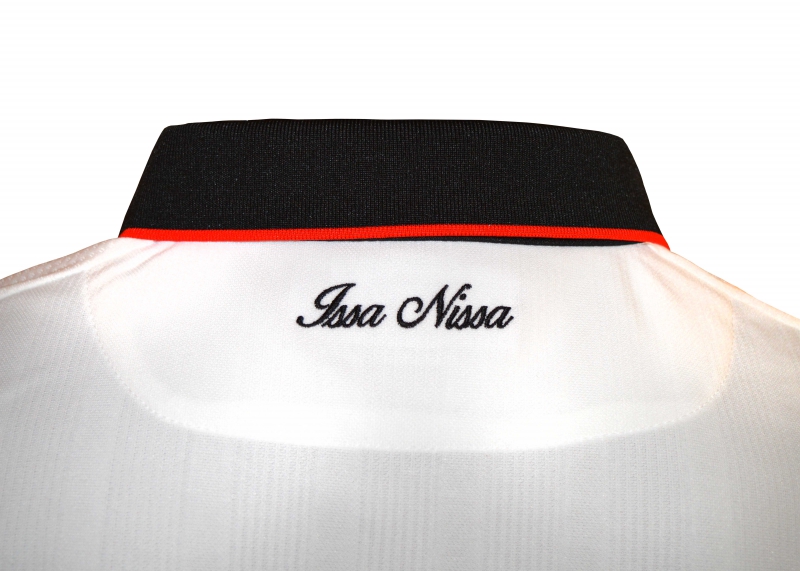 It’s a stylish set of kits which was launched with an irreverent use of city landmarks.