Olympiacos, Greek champions for the eleventh consecutive season, have kept faith with what is proving to be a lucky design, as they unveiled their 2016/17 home kit.

Based in Piraeus, a port near to Athens, they have revelled in leaving Athenian rivals, Panathinaikos, in their wake. 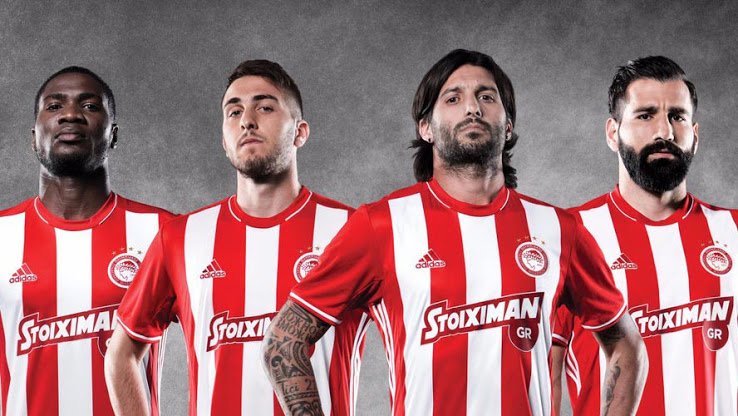 This is the Olympiacos home kit which will be worn during the 2016/17 season. 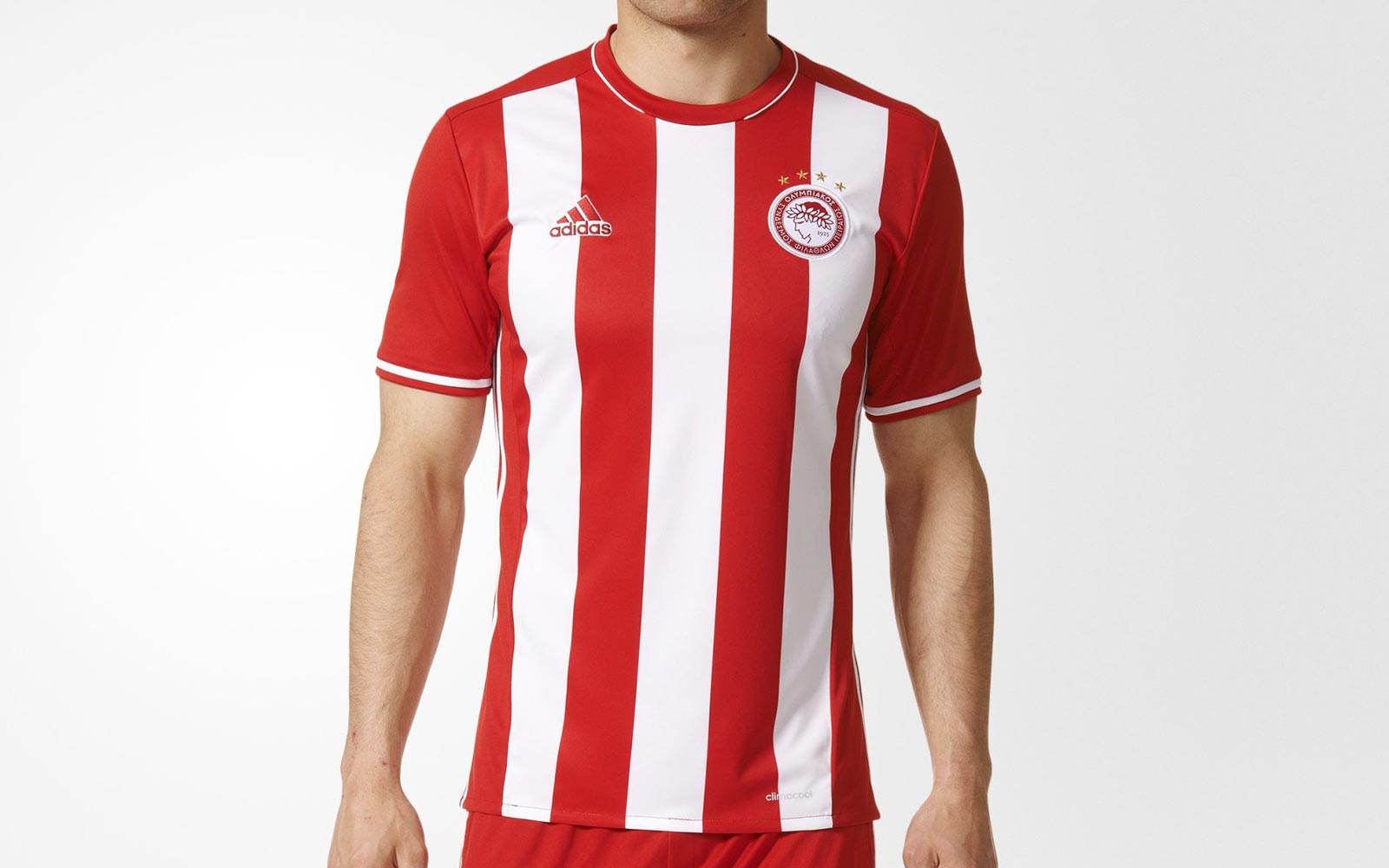 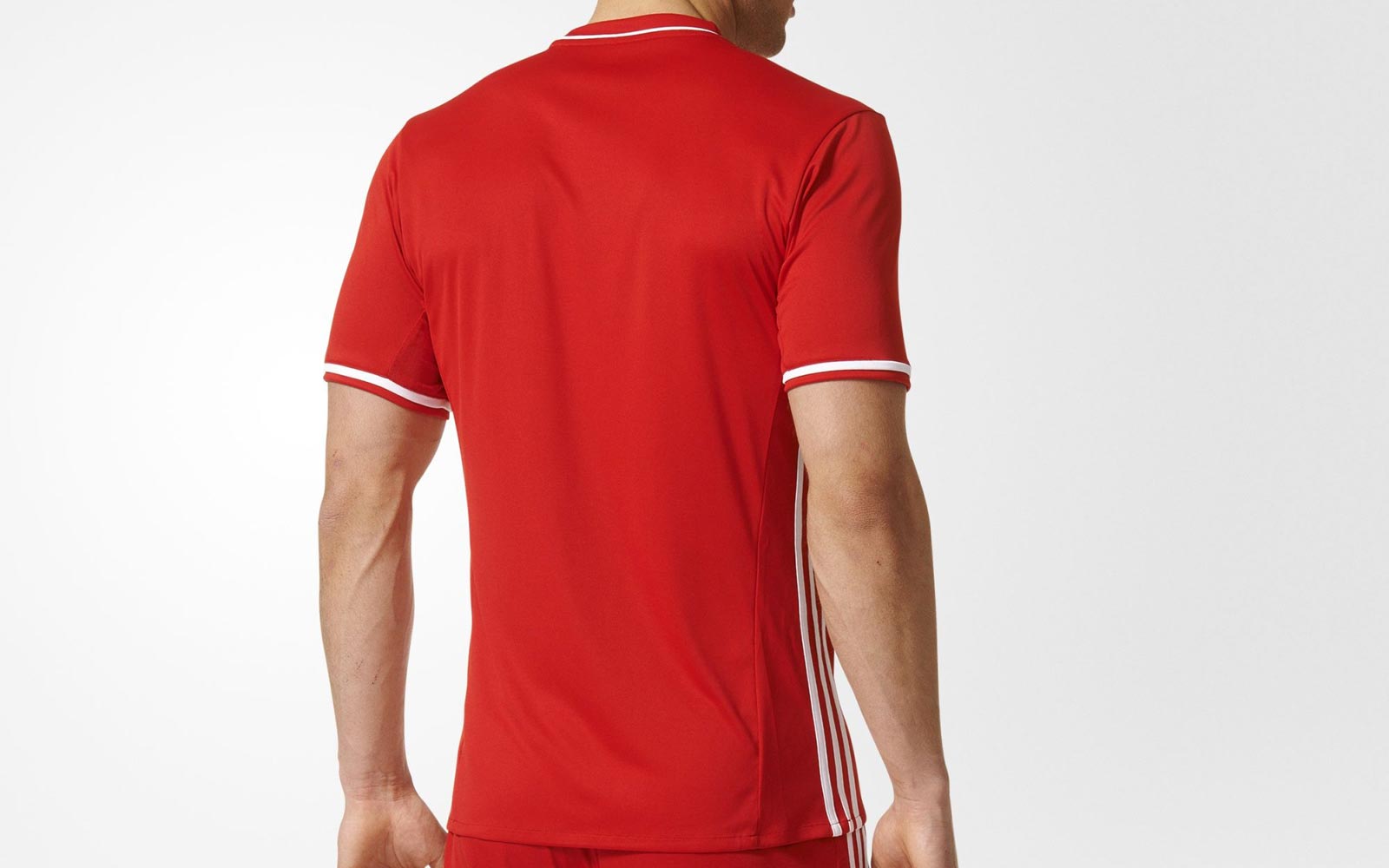 The traditional red and white stripes, worn since the club was formed in 1925. With the consecutive title wins, the Olympiacos board haven’t strayed too far from the template worn since 2007. Red shorts will, for the ninth season running, accompany the striped shirt.

Adidas has chosen to place their trademark Three Stripes discreetly down each side of the shirt. Their logo also features in red on the right breast of the shirt, with the club badge on the left.

The collar is a round neck design in red, underscored around the sides by white piping. The same appears on the cuffs of the sleeves, with a thin white band topping a thin red one at the bottom. 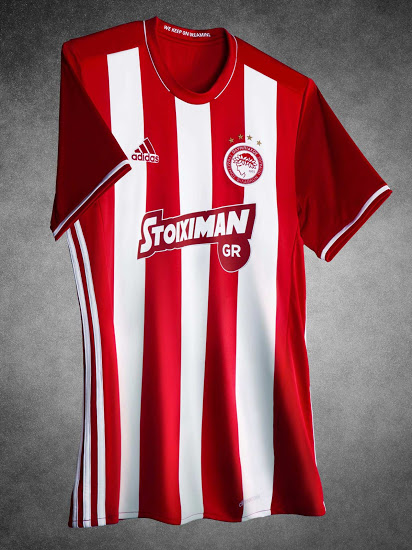 The reverse of the shirt is full red with shirt numbers place in a white panel.

Olympiacos are riding the crest of a wave as they dominate Greek football and in keeping with traditions, are not seeking to tempt fate by too many changes to their lucky streak!