Their local rivals are the Tulsa Roughnecks, a name which rings through history as one of the first wave of NASL franchises. The ‘Black Gold derby’ is played for a four-foot wrench painted in the colours of both teams, awarded to the club that has the best record in the regular season.

The 2017 got off to a slow start, with the Rio Grande Valley FC Toros winning at the Taft Stadium by a single goal to nil. 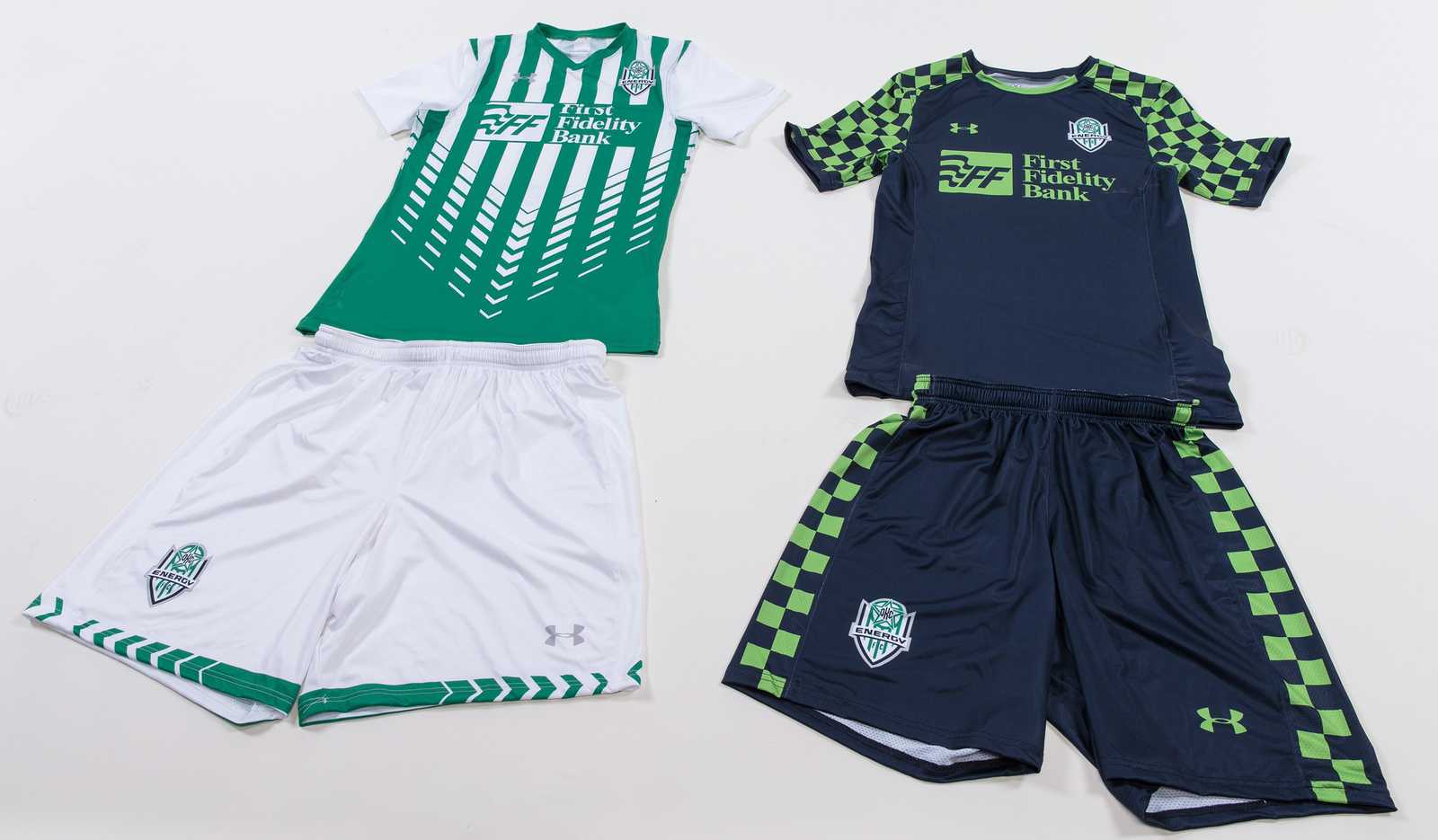 The home with is green and white while the away strip uses a blue and gold colour scheme.

A green background on the home shirt houses white stripes down the front, in a faded effect. Reminiscent of the Hummel chevrons, the stripes form the shape of an oil well drill bit. The sleeves are all-white while the v-neck is green.

The shorts are white while there is a similar green pattern around the bottom of each leg.

Away from home, OKC Energy will wear a navy blue kit while the sleeves feature gold chequered patterns. The design repeats on the outside of each leg of the shorts. 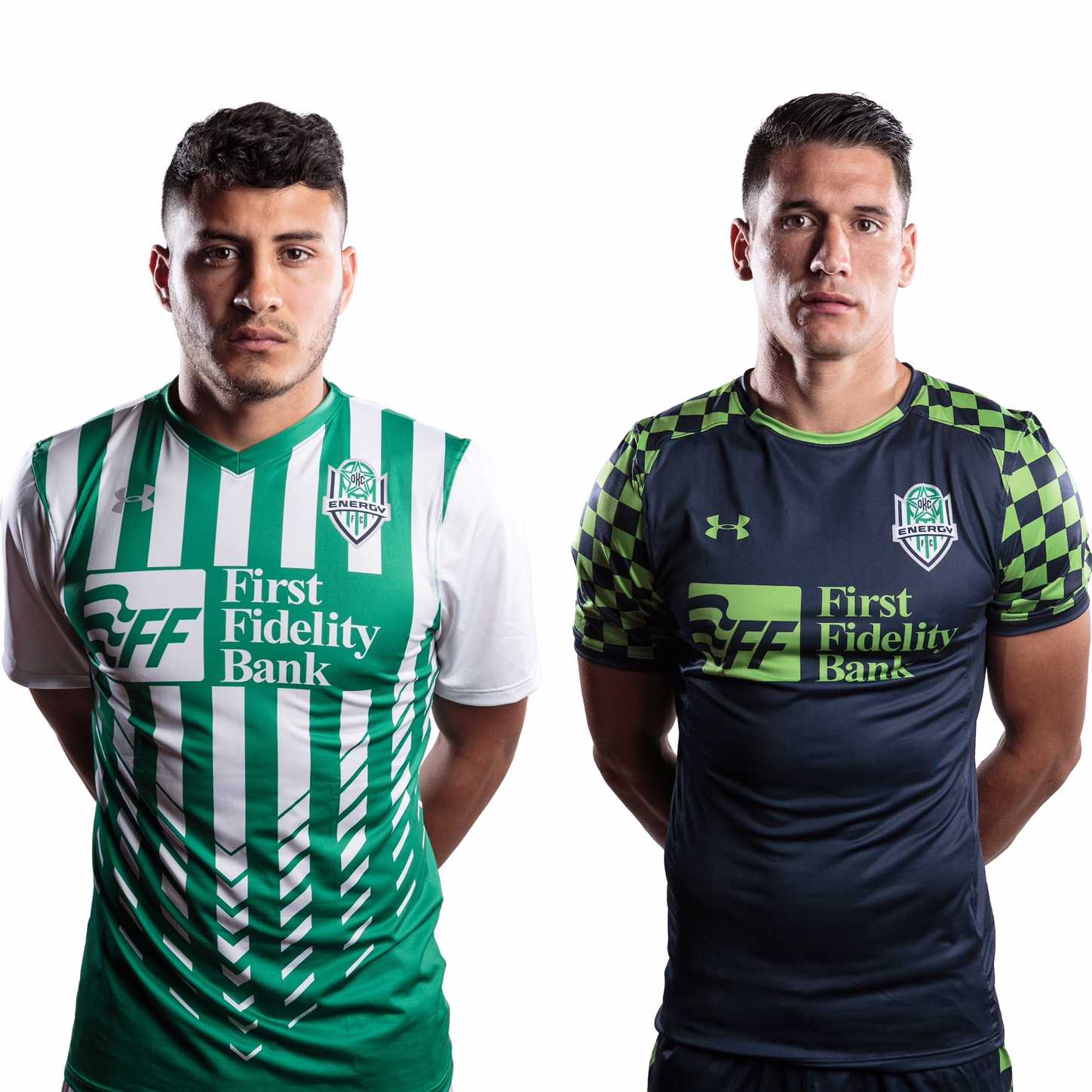 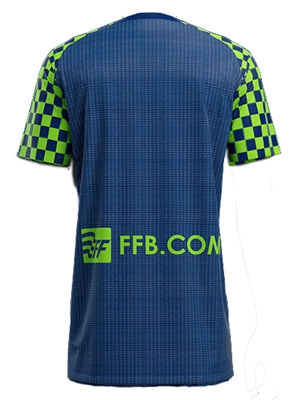 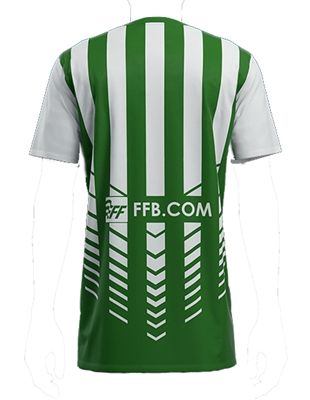