Olympiacos, giants of the Greek Superleague, revealed their third kit for the 2016/17 season. The Reds are in a familiar position: top. They are reigning champions and have been for the past six years.

This weekend, they emerged victorious from their meeting with Atromitos Athens. It was their fourth consecutive league win. Europe hasn’t been so happy. Knocked out of the Champions League by Hapoel Be’er Sheva in the final qualifying round.

Beaten at home by APOEL in the Europa League, Olympiacos have won two other games to sit joint top of their group. 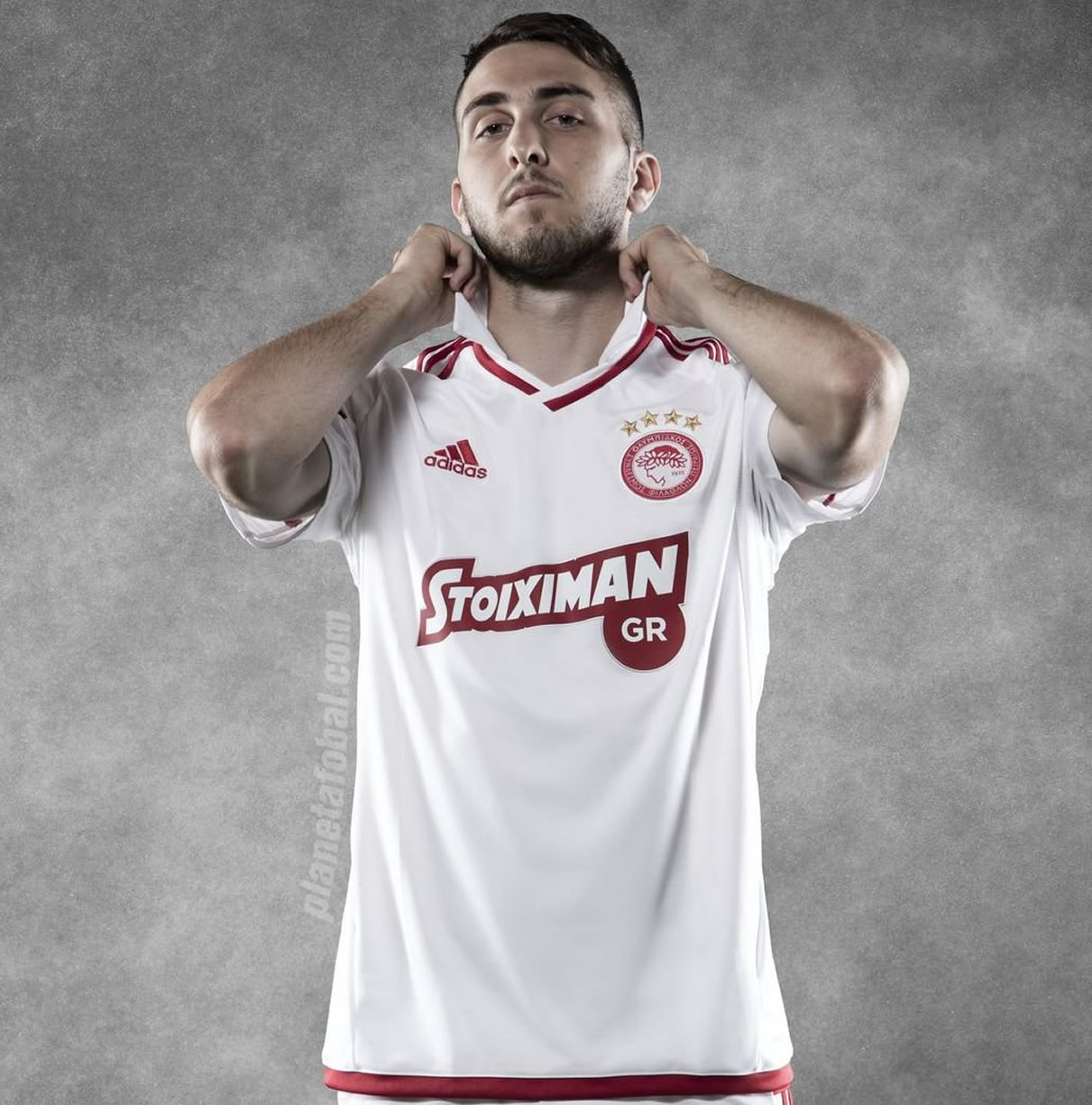 There is a retro feel about the collar design which pervades the shirt design. White lapels hide a red band around the neckline.

The cuffs also feature a red band whilst at the bottom of the shirt, there is a solid red hemline. The trademark Three Stripes run in red across the shoulder.

White shorts with red Three Stripes down each leg complete the kit. With white socks, it’s a stylish kit for the club to use when colour clashes arise.