Leyton Orient are commemorating the lives of three players from the 1916 Clapton Orient team who lost their lives in the Battle of the Somme:

The Battle of the Somme took place during July – November 1916 and the 57,470 casualties suffered on the first day remain the worst suffered by the British Army. In total, the British suffered in excess of 400,000 casualties.

The club has donated to the Somme Fund and included a special Clapton Orient badge on the left shoulder of this special shirt. 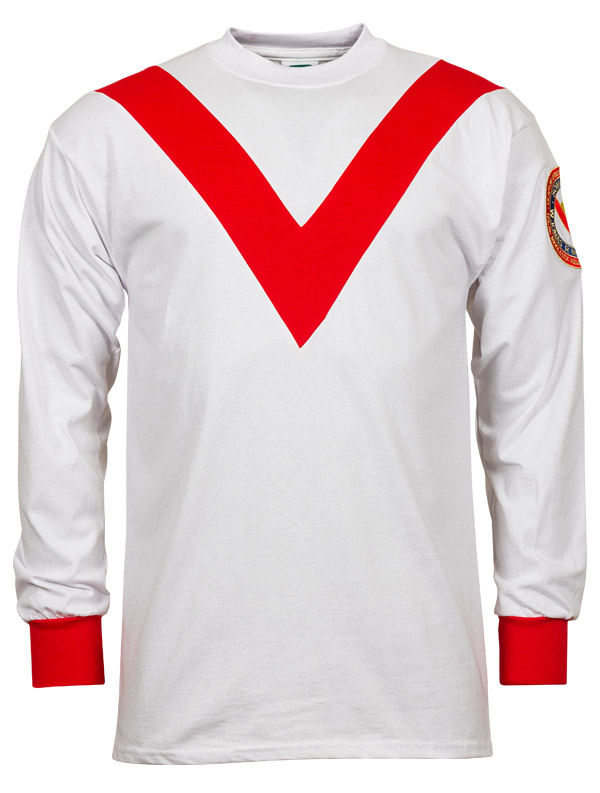 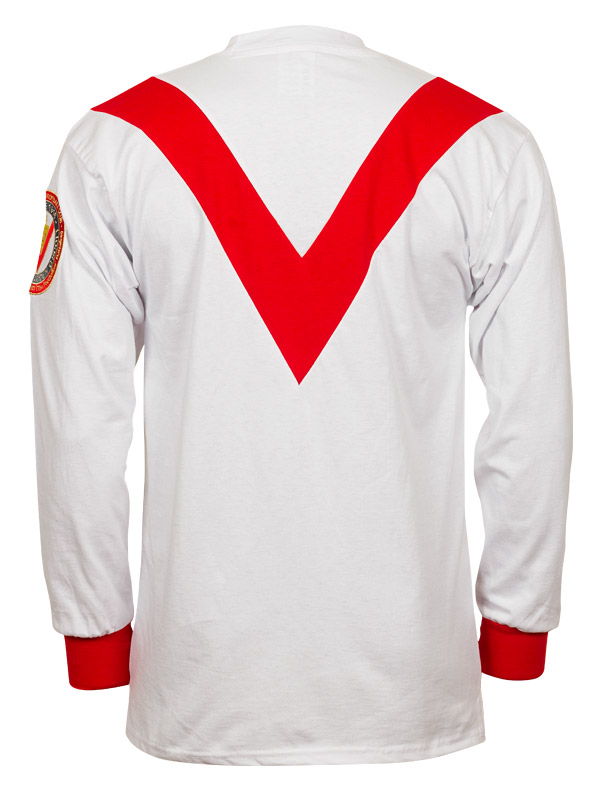 The shirt is the design worn by Clapton Orient at the time.

During the period 1910 – 1931, the club wore the white shirt with a red chevron stretching over the front and back. Shirts of the period always featured red cuffs and were accompanied by navy blue or black shorts and socks.

Originally made of a heavy cotton as was the fashion at the time, the replicas are lighter to wear. 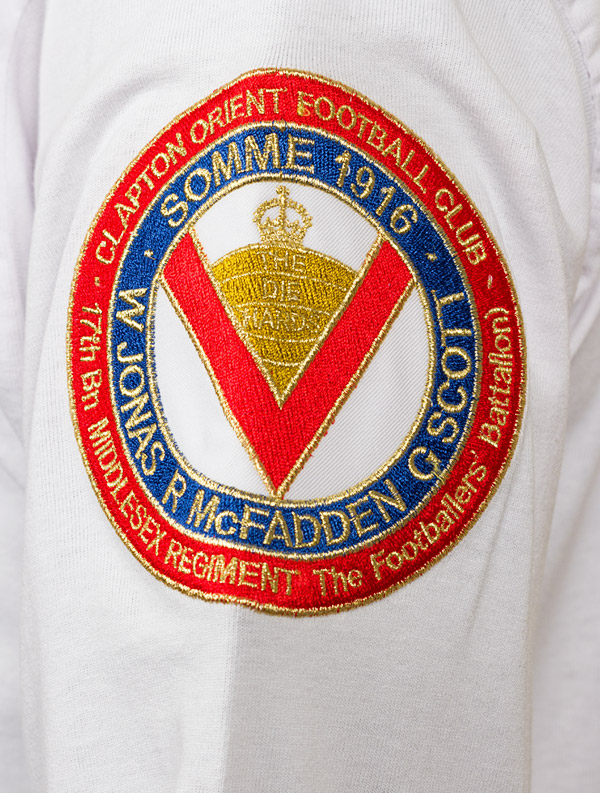 The badge sits on the left shoulder, a reminder of the three soldiers of the 17th Middlesex Regiment – known as The Footballers Battalion.

There is a permanent memorial for the fallen in Longueval, France. 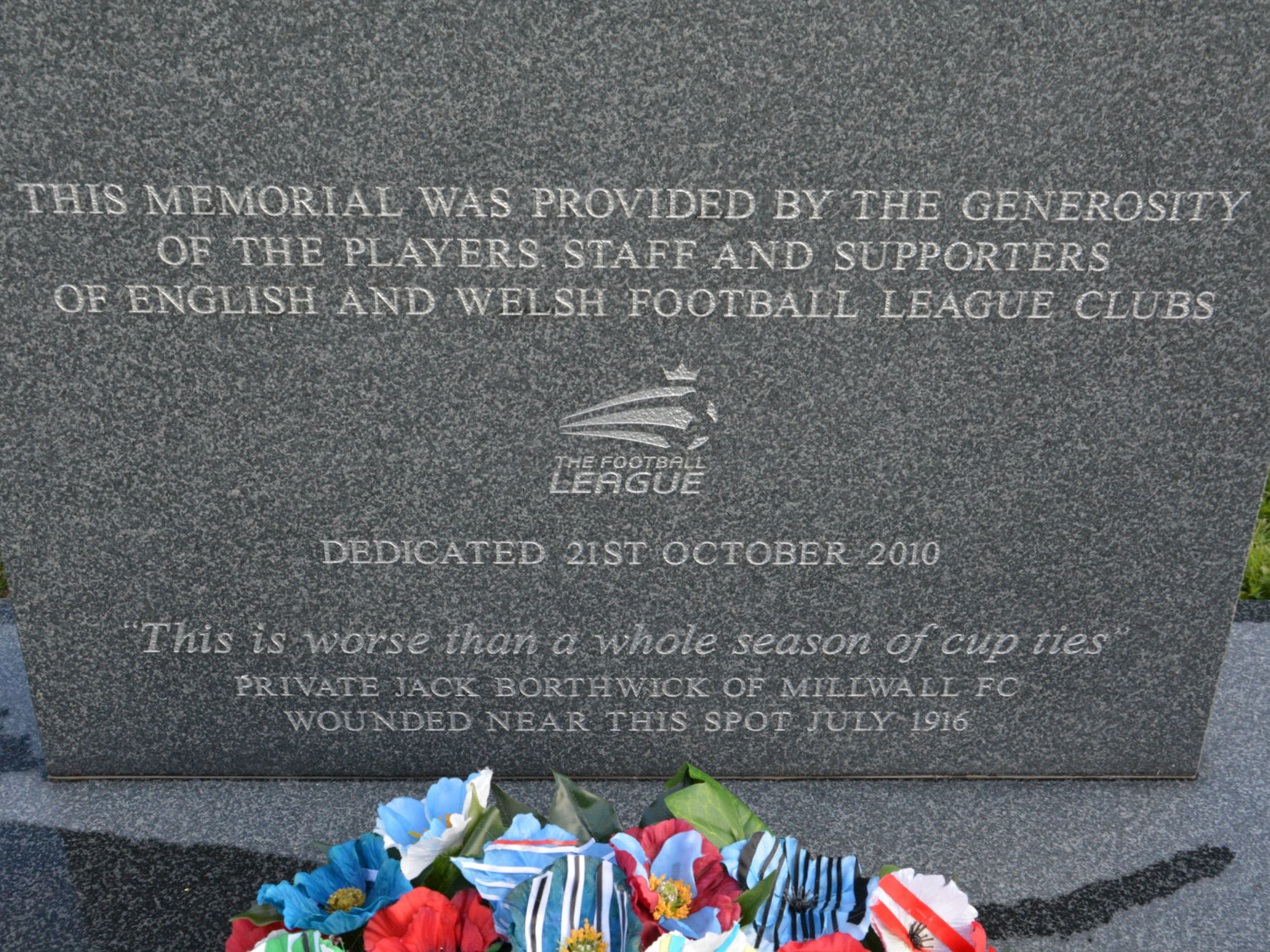