Orlando City begin their third MLS season at home to New York City on Sunday. The Eastern Conference side missed out on the play-offs by one point last season. Inspired by Kaka, they are aiming for better this time around, adding Jonathon Spector from Birmingham City and the much-travelled Giles Barnes to their roster.

Things are looking good for the Florida club; Kaka is open to the idea of extending his contract beyond this season. It gives the Lions an instantly marketable player beyond American shores. 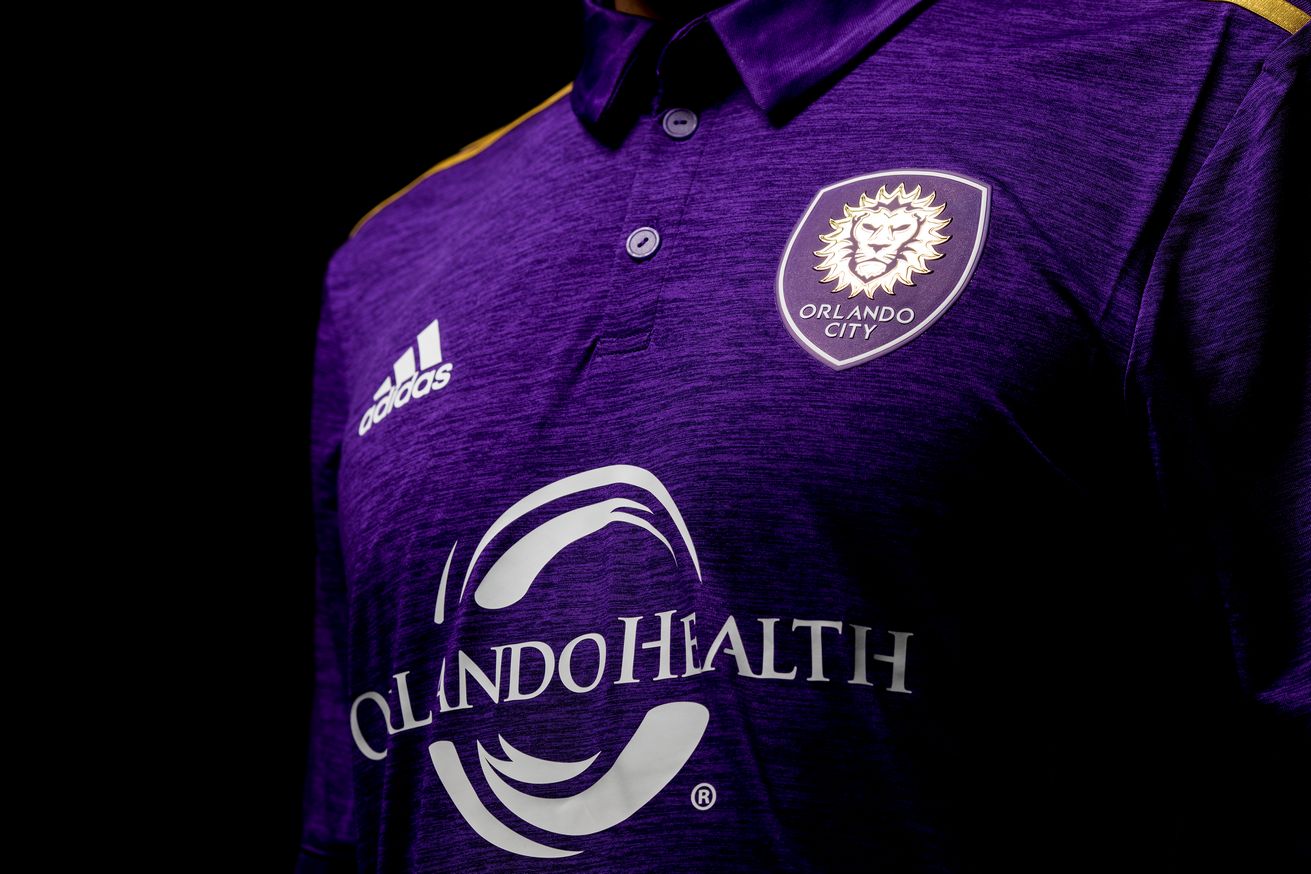 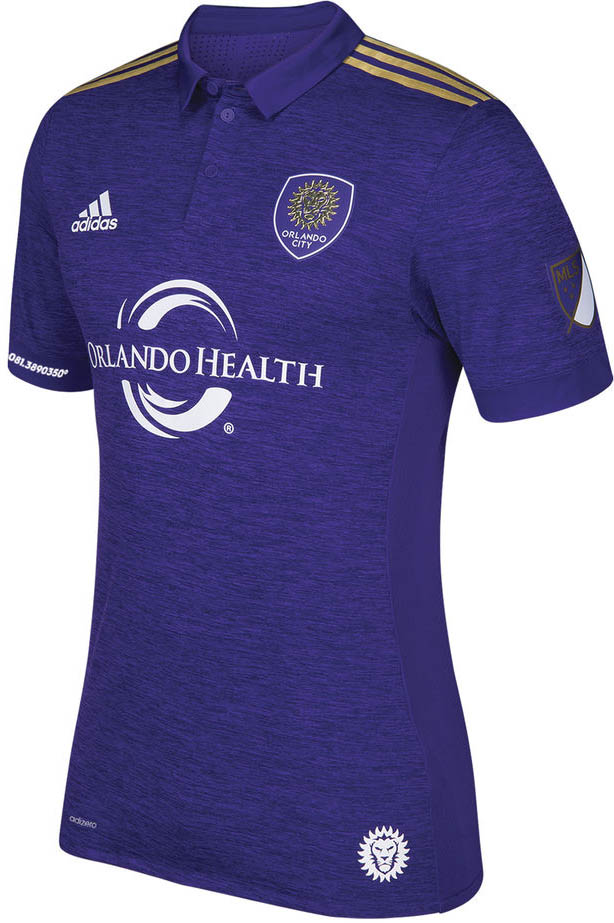 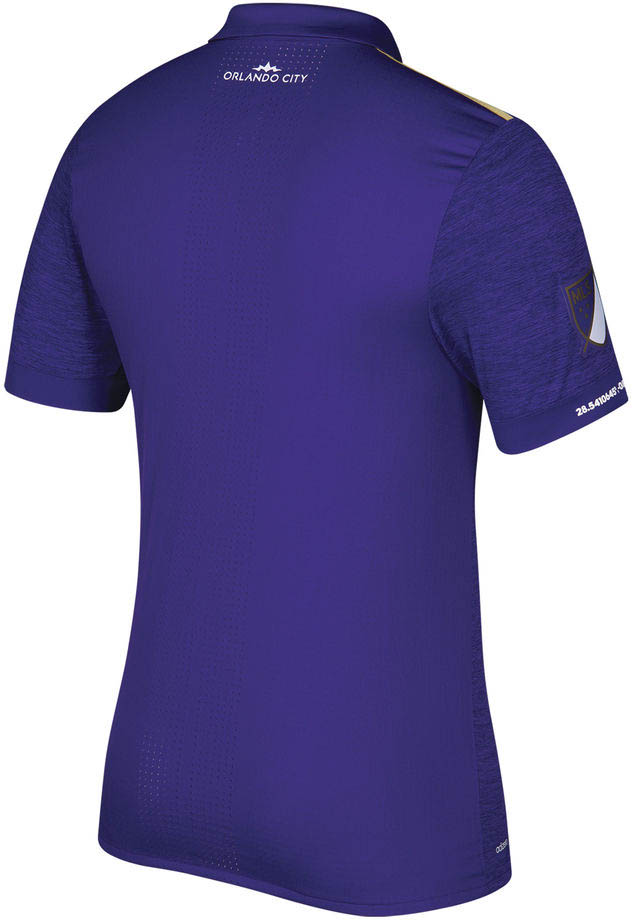 Adidas is the MLS kit manufacturer, producing a straightforward purple shirt for The Lions to wear this season. The sportswear giant’s trademark Three Stripes run across the shoulder in gold. Orlando’s other official colour, white, is represented by the logos on the shirt’s front.

Long-term shirt sponsor Orlando Health continues its’ association with the club, with their logo emblazoned on the chest. The club badge and Adidas logo feature in white on the breast areas. 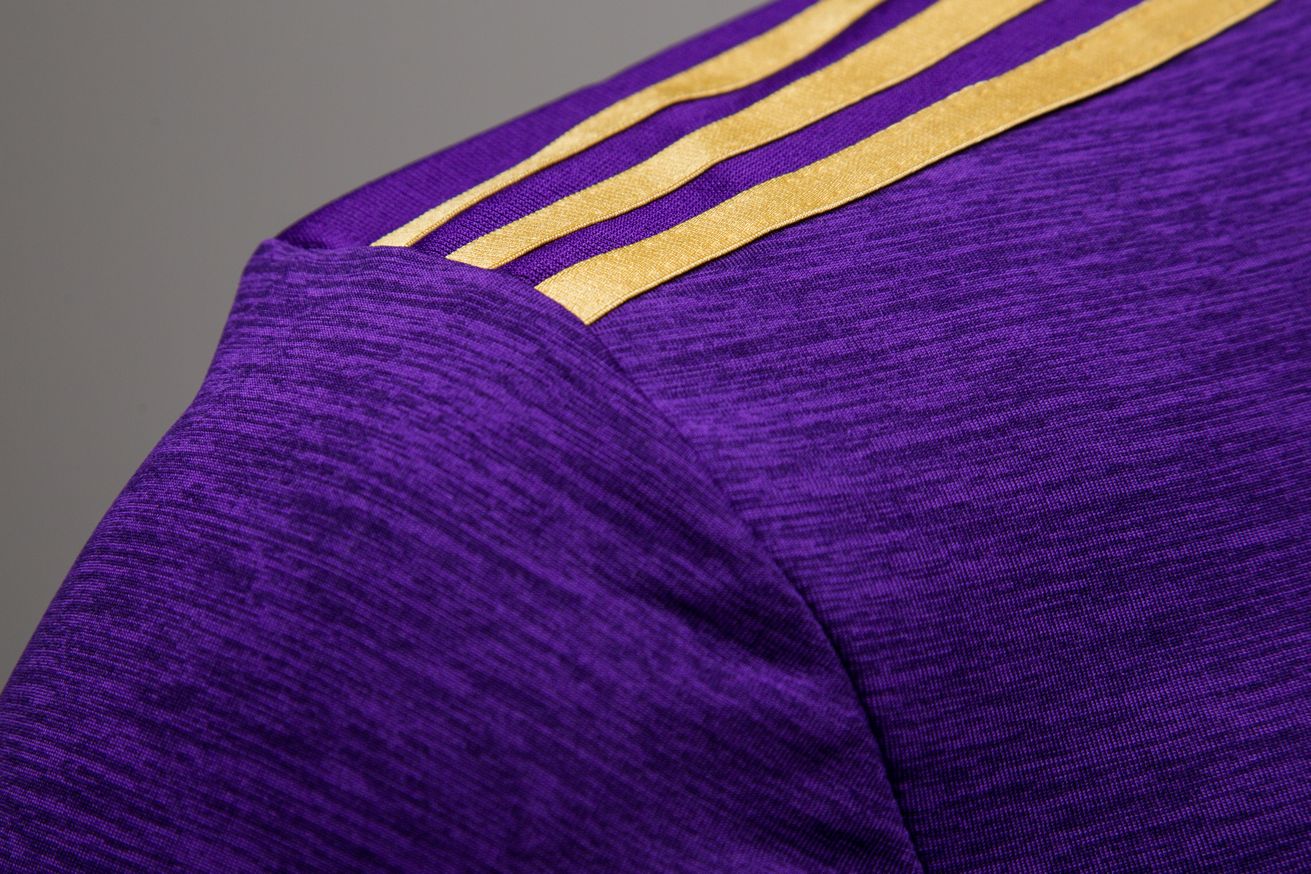 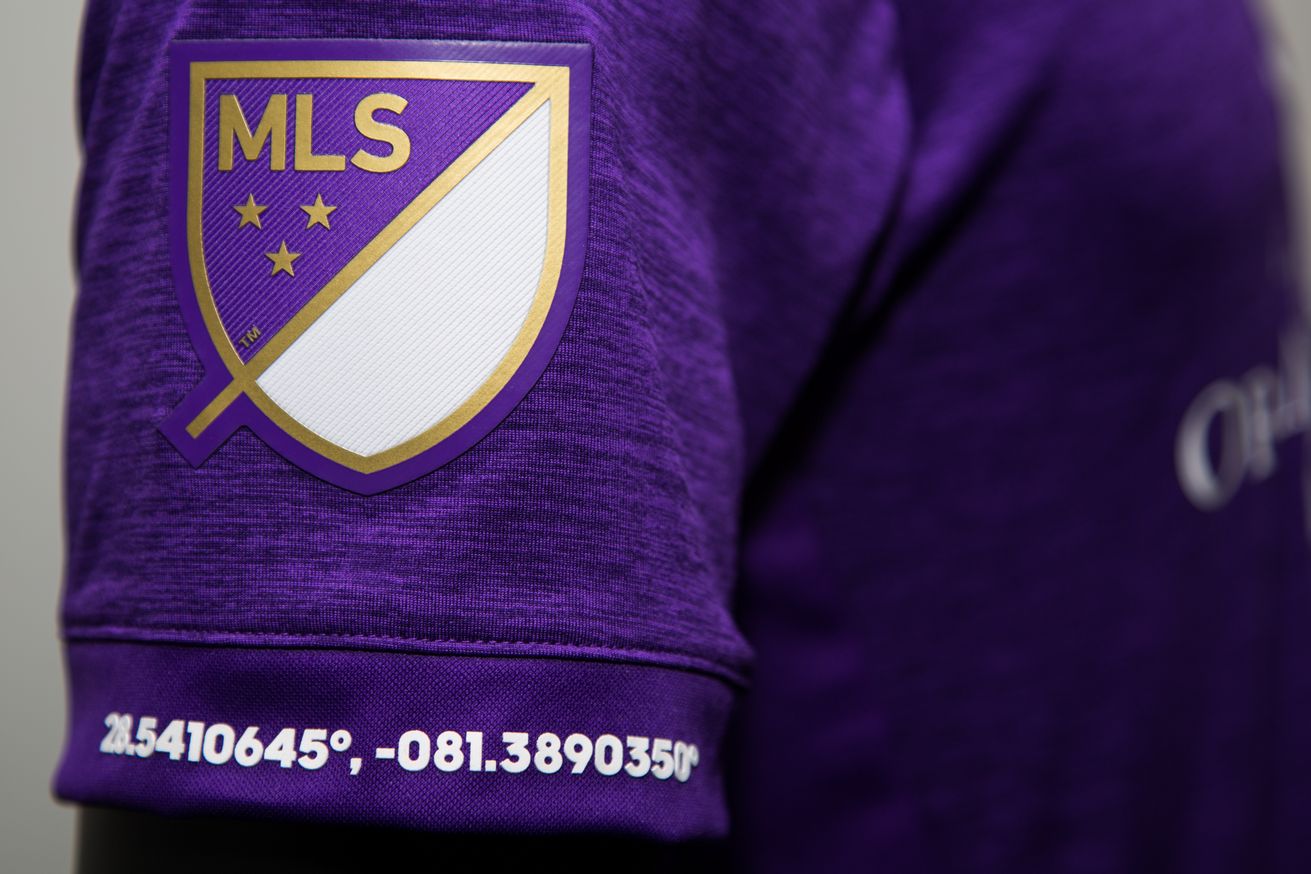 Adidas brought the trend of stadium co-ordinates across the Atlantic from Europe, with Orlando’s in white on the sleeve cuff. On the left hemline, the lion’s head from the club crest is printed in white.

The shirt itself is clean with melange fabric giving an overall purple effect. Completing the kit is purple shorts and purple socks. Both feature gold trim and accents. 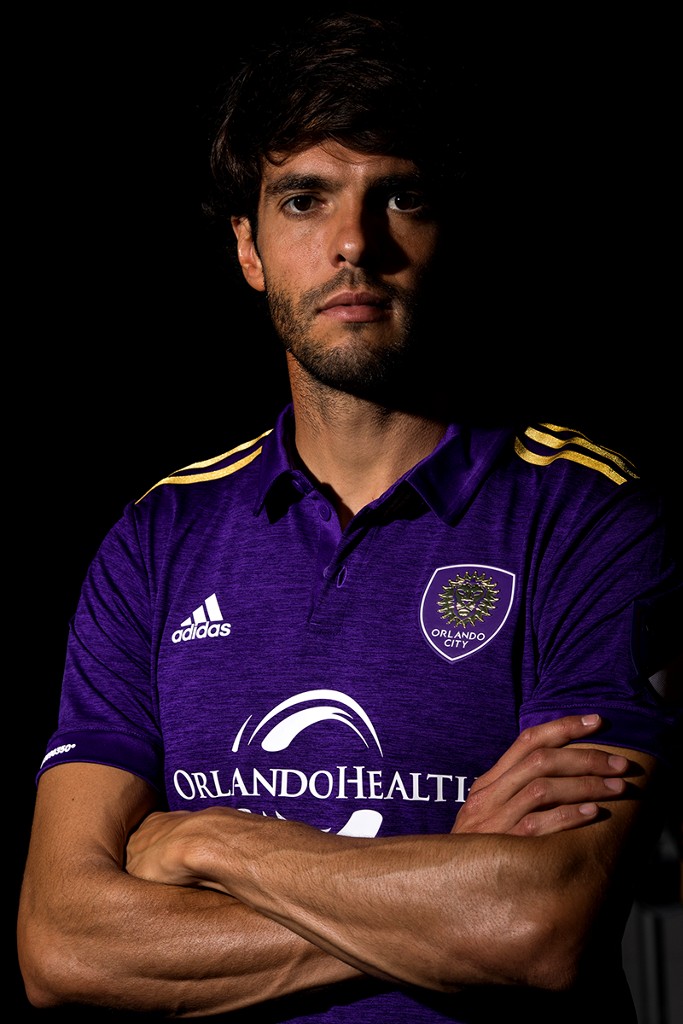