The World of Football lost a legend today. The great Johan Cruyff has sadly passed away at the age of 68.

Here are his honours during his playing career which also boasts 3 Ballon’Dor titles. Born in Amsterdam, the player would be capped for The Netherlands 48 times scoring 33 goals. Simply put, there are two eras in football  – Before Cruyff & After Cruyff. 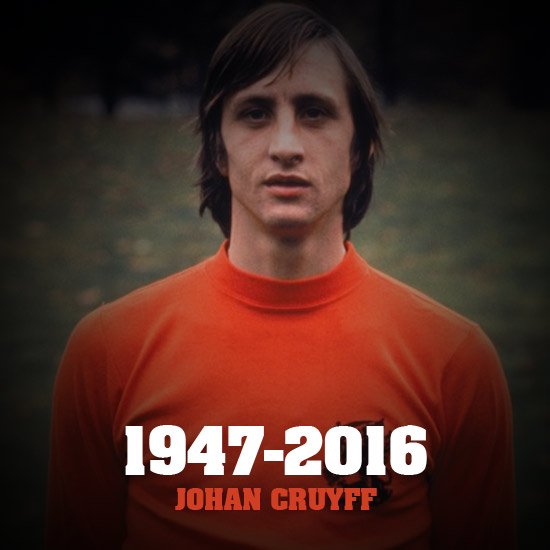 Some of the biggest names today have taken to Twitter to express their sadness at the loss of a legend.

1/2 RIP Johan Cruyff, true football royalty. I don't think anyone has ever influenced the game as much as he has done. #JohanCruyff

2/2 We have all been touched and inspired by his vision and his believes. Football will miss him but we will never forget. #JohanCruyff

Goodbye to one of the all-time legends of football. Player and coach ahead of his time. RIP Johan Cruyff.

The '14' will never be the same. RIP Johan Cruyff. pic.twitter.com/OZxbF4Z0kO

RIP Johan Cruyff. One of the best players to ever play the beautiful game. So good they named a turn after him. ⚽️❤️ pic.twitter.com/9gj1b6Ao8d