It’s all change at the Camp Nou with Barcelona revealing a new home kit and head coach. Is it the beginning of a new era? Ernesto Valverde certainly hopes so. 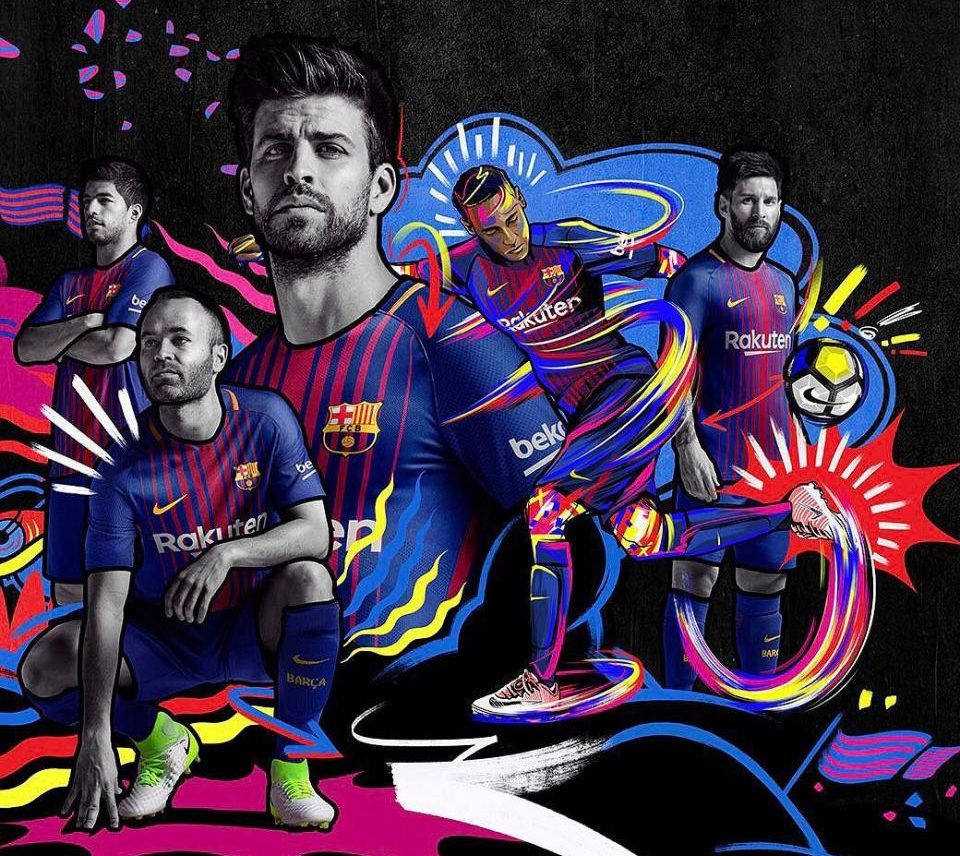 While Barcelona landed the Copa Del Rey after beating Alaves 3 – 1, watching Real Madrid complete the La Liga and Champions League double, was a painful experience. Luis Enrique stood down at the end of last season, allowing Valverde, a former Barca player, to return to the Camp Nou.

Valverde spent the past four years coaching Athletic Bilbao, previously spending time at Olympiakos, Villarreal, and Espanyol. His target is quite simple, he says: win everything next season! 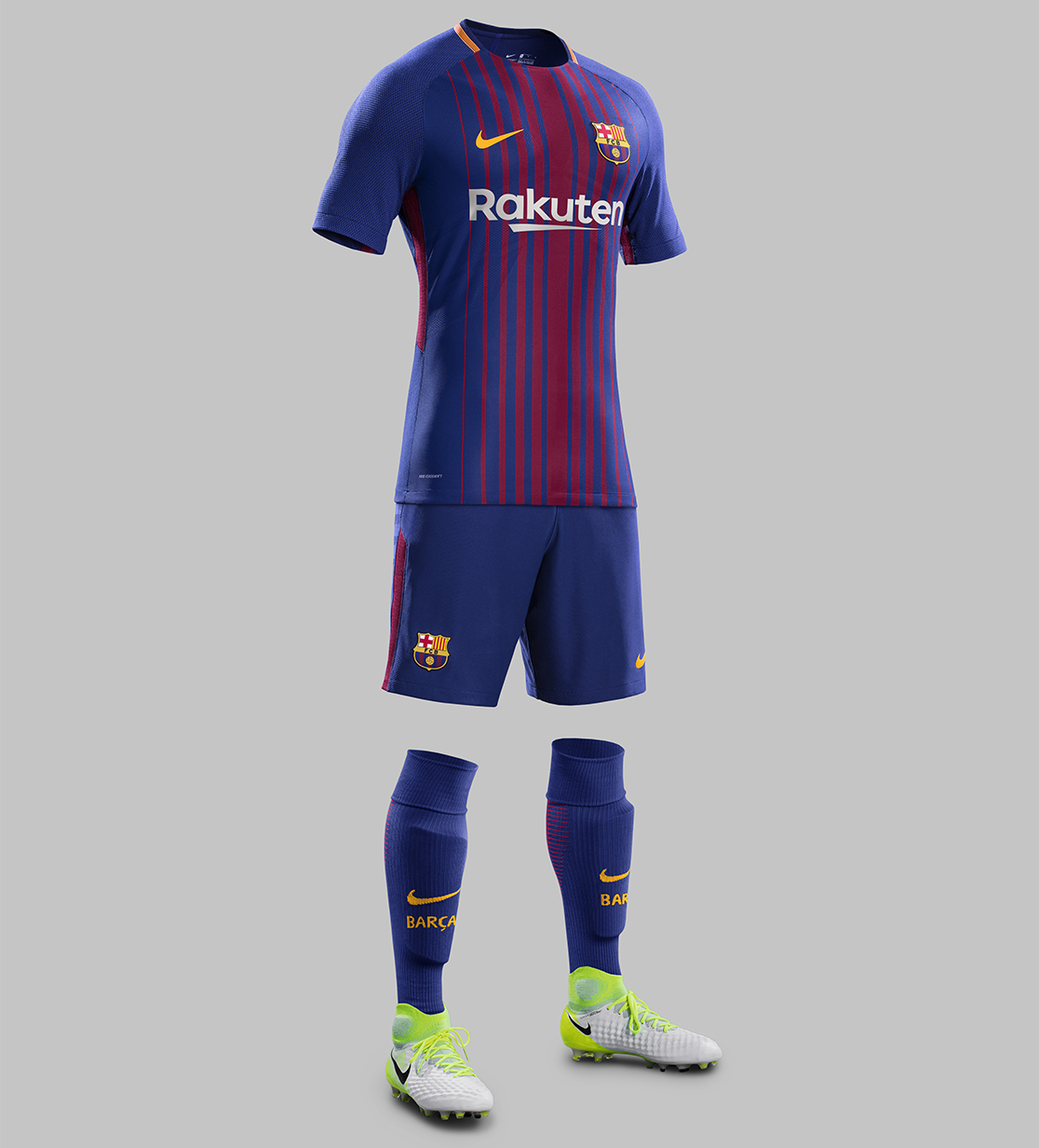 Trailed last year in the Spanish media, the home kit features a fresh take on the traditional blue and red stripes. Instead of being evenly spaced, a central thick red stripe gives way to thinner stripes as they travel around the body of the shirt. Each side of the shirt features a red side panel. 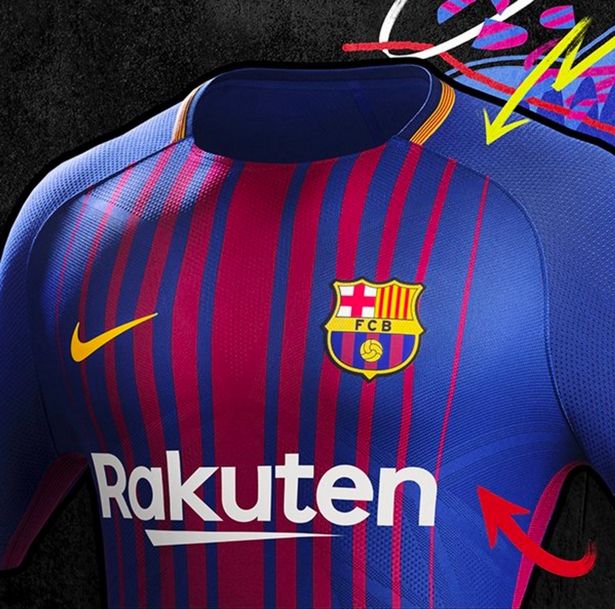 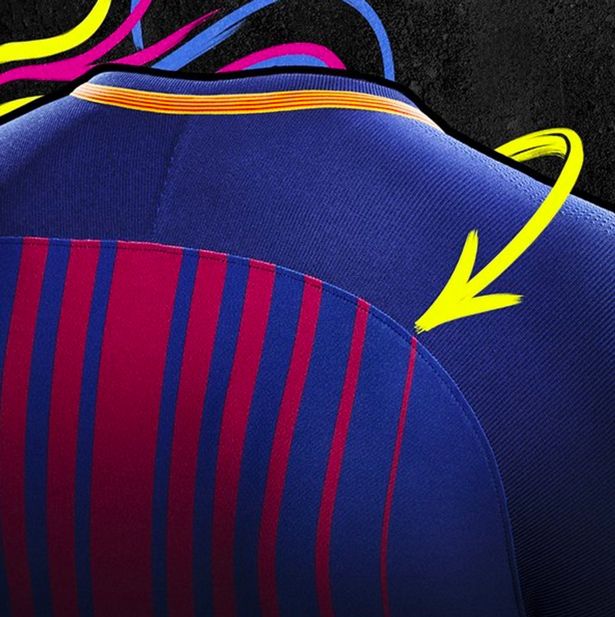 The collar features the yellow and red of the Catalan flag in pinstripes inside a band while the shoulders and sleeves are plain blue.

Crests and motifs are yellow or in the case of the club crest, full colour, while the logo of new sponsor, Rakuten, features in white. 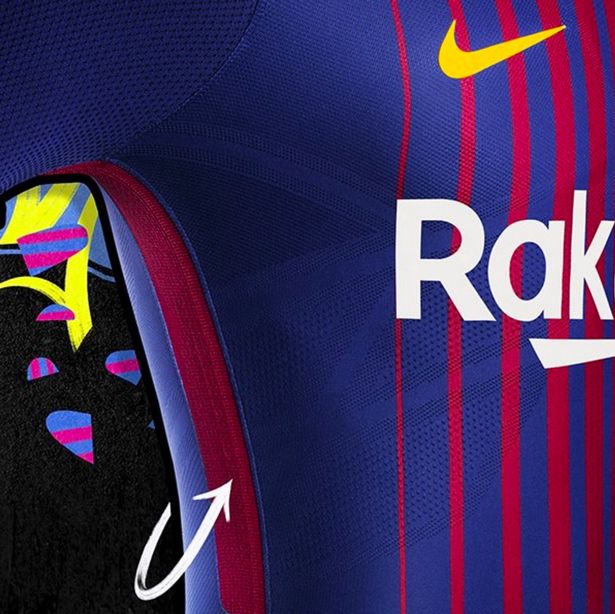 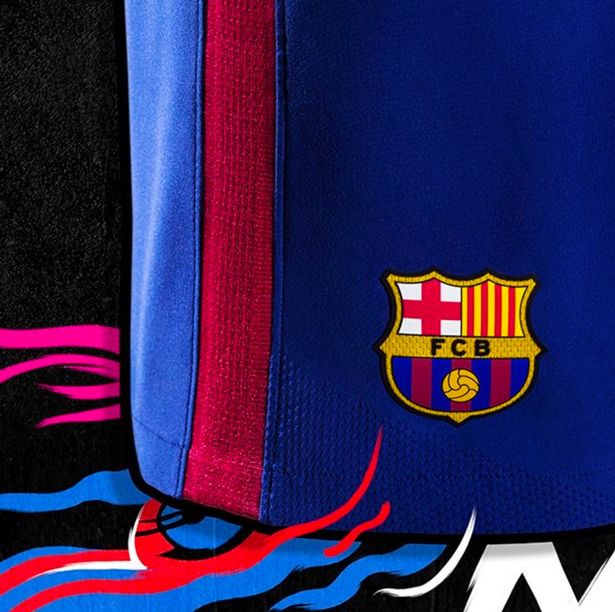 Blue shorts and socks, the former with red trim, finish the stylish kit.