Losing Champions League finalists, Juventus, revealed their 2017-18 away kit and there’s only word to describe it: outstanding. 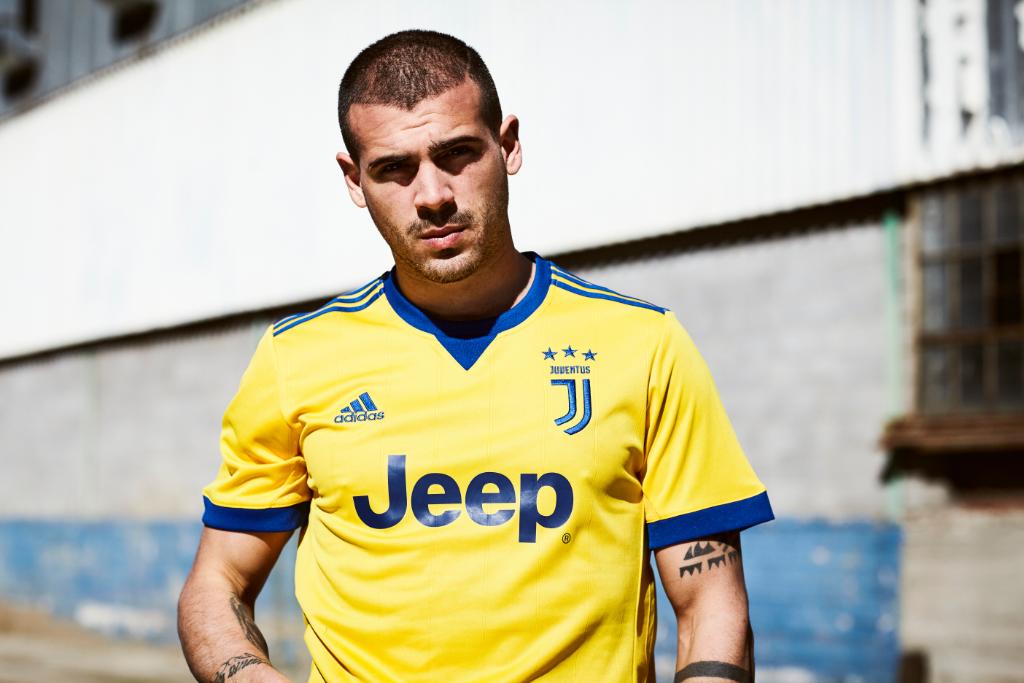 It’s a new era in Turin with Gianluigi Buffon retiring while Leonardo Bonucci and Alex Sandro are both leaving. Max Allegri, heavily linked with Arsenal before Arsène Wenger renewed his contract, has his work cut out to retain the Serie A title.

Medhi Benatia and Juan Cuadrado both had their loan deals confirmed as permanent moves while Rodrigo Betancur joined from Boca Juniors. The fee of £9.5m for the Uruguayan is low by current standards. 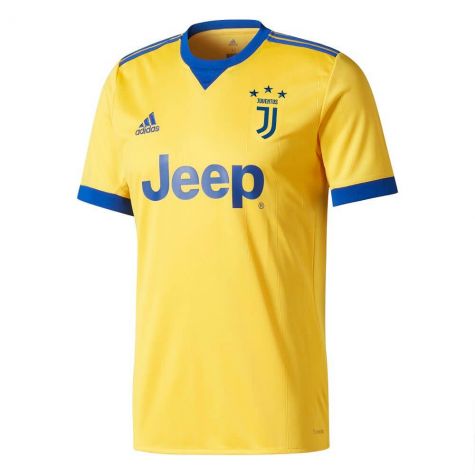 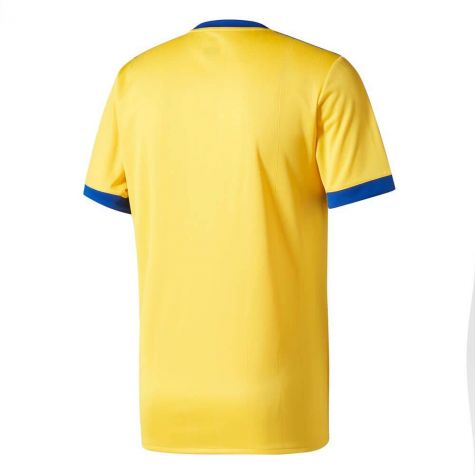 It’s a plain yellow shirt, with ribbed tonal pin-stripes. The collar in royal blue and round-neck, with blue triangular patch at the front.

Sitting proudly on the chest is the new club crest, which looks far better in royal blue than on the home kit. Adidas and Jeep see their logos in royal blue as well. 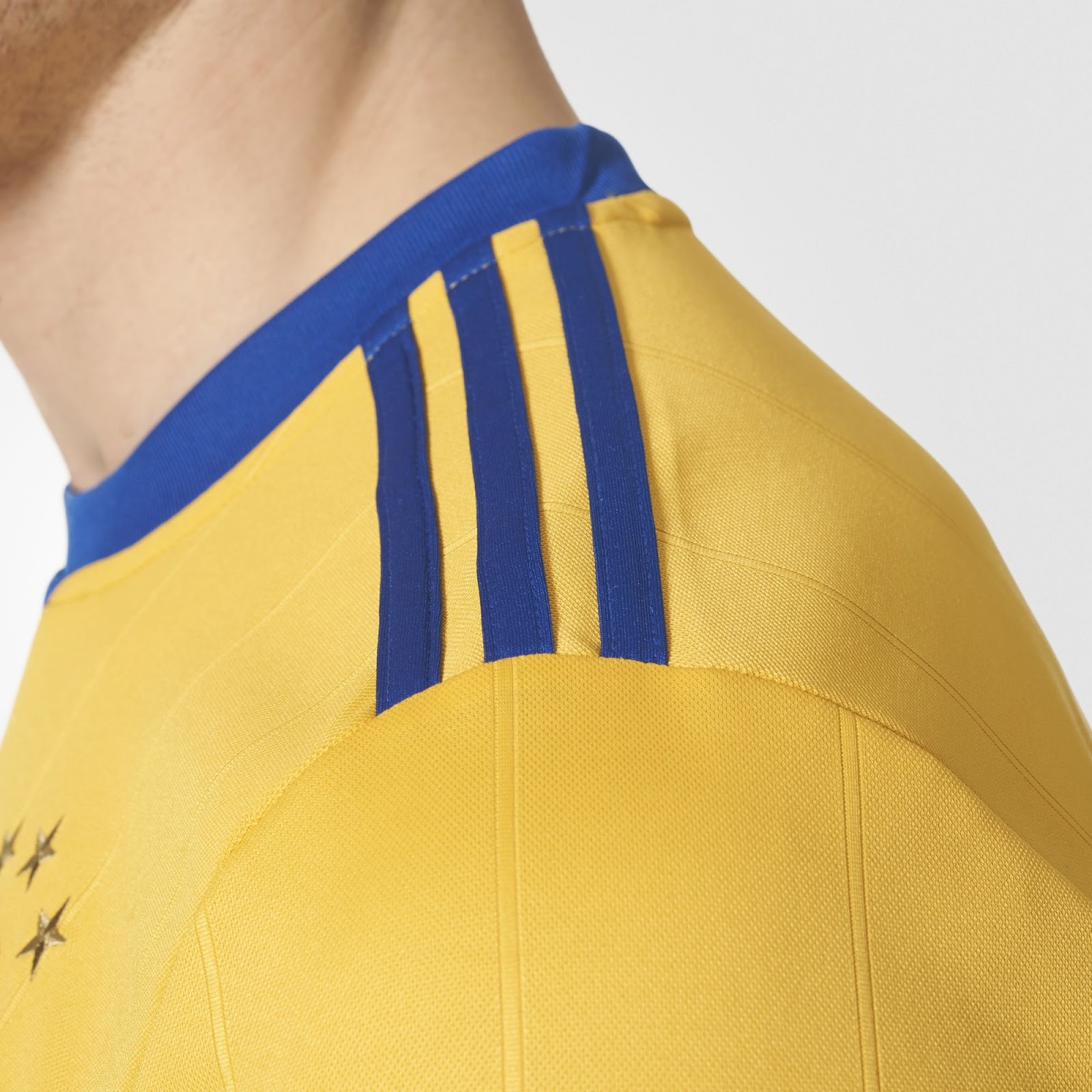 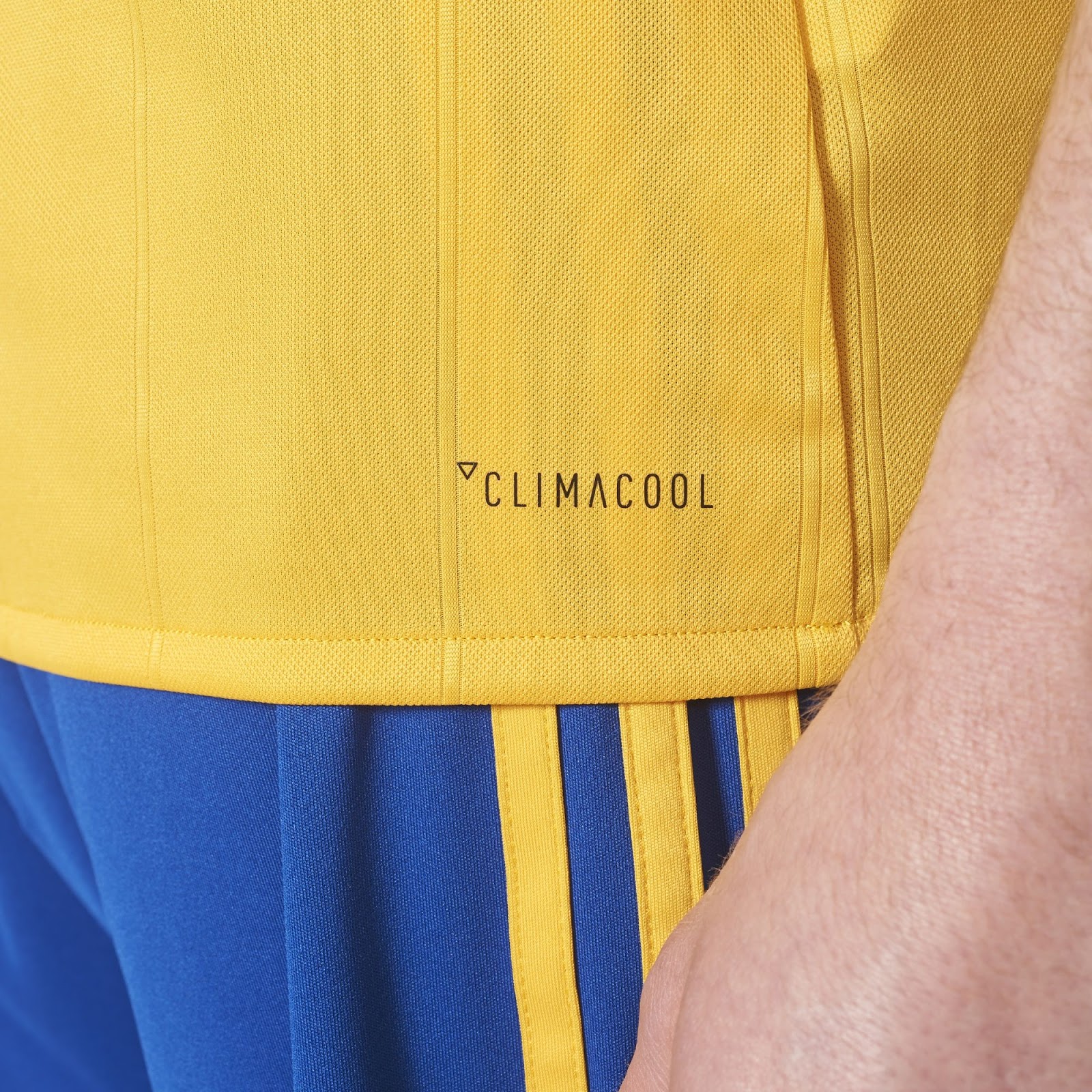 The royal blue shorts come with Three Stripes on the leg, in yellow. The club crest and Adidas logo feature in the same colour.

Speaking as an Arsenal fan, I’m well jel; yellow and blue is a proper away kit!