A highlight of the summer was Panama‘s Copa America Centenario shirts. Stylish, they were among the best seen in the tournament held in the USA. Now, we have new designs for the last round of the CONCACAF World Cup qualifiers. 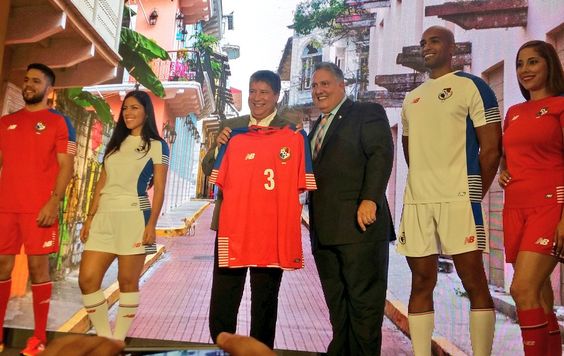 The matches begin in November with three automatic places for the 2018 finals in Russia up for grabs. The fourth place side will face an Asian Football Confederation in a two-legged play-off for the finals. Panama will be aiming for one of those spots, although reaching the play-off will be an achievement. 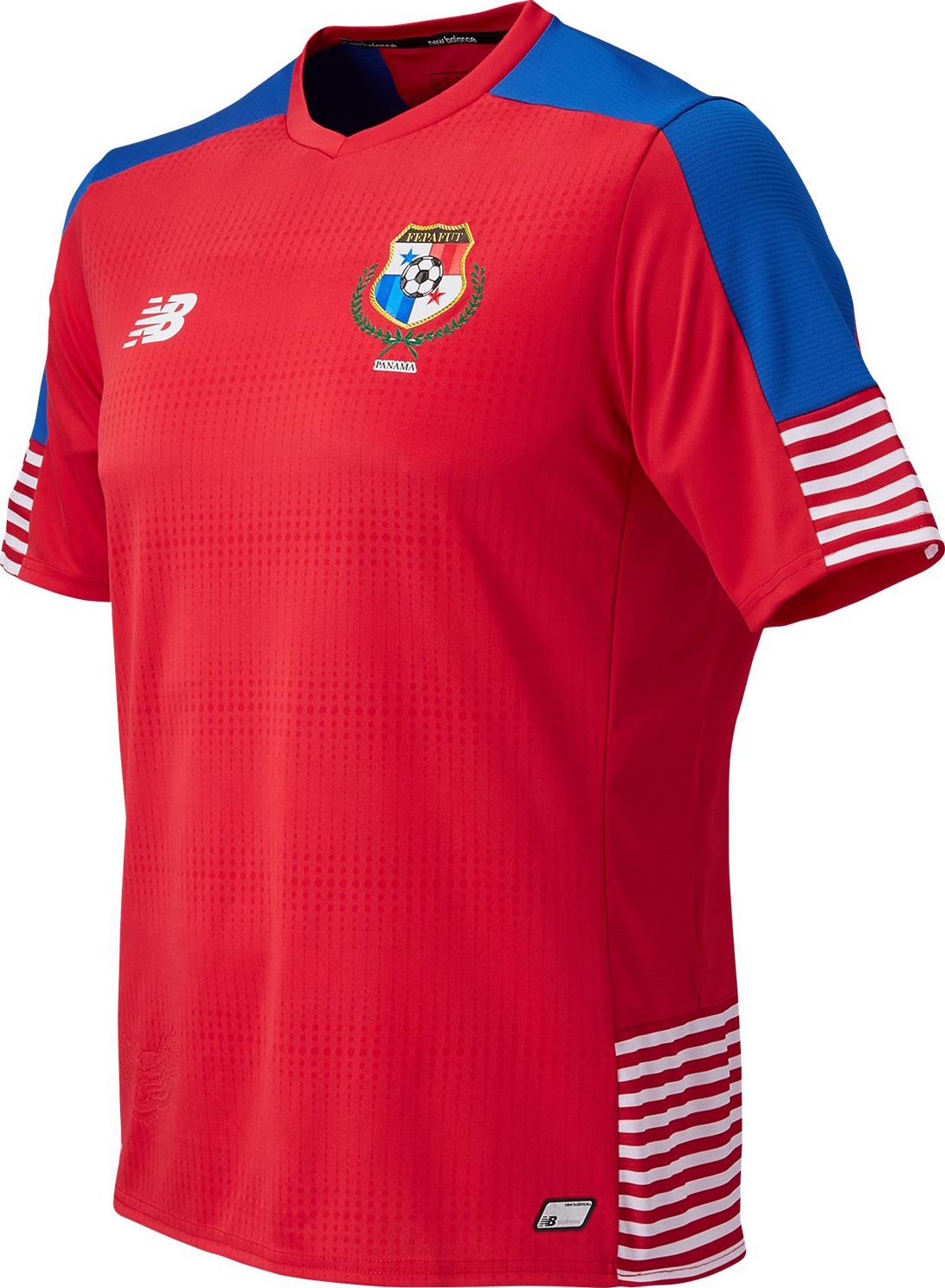 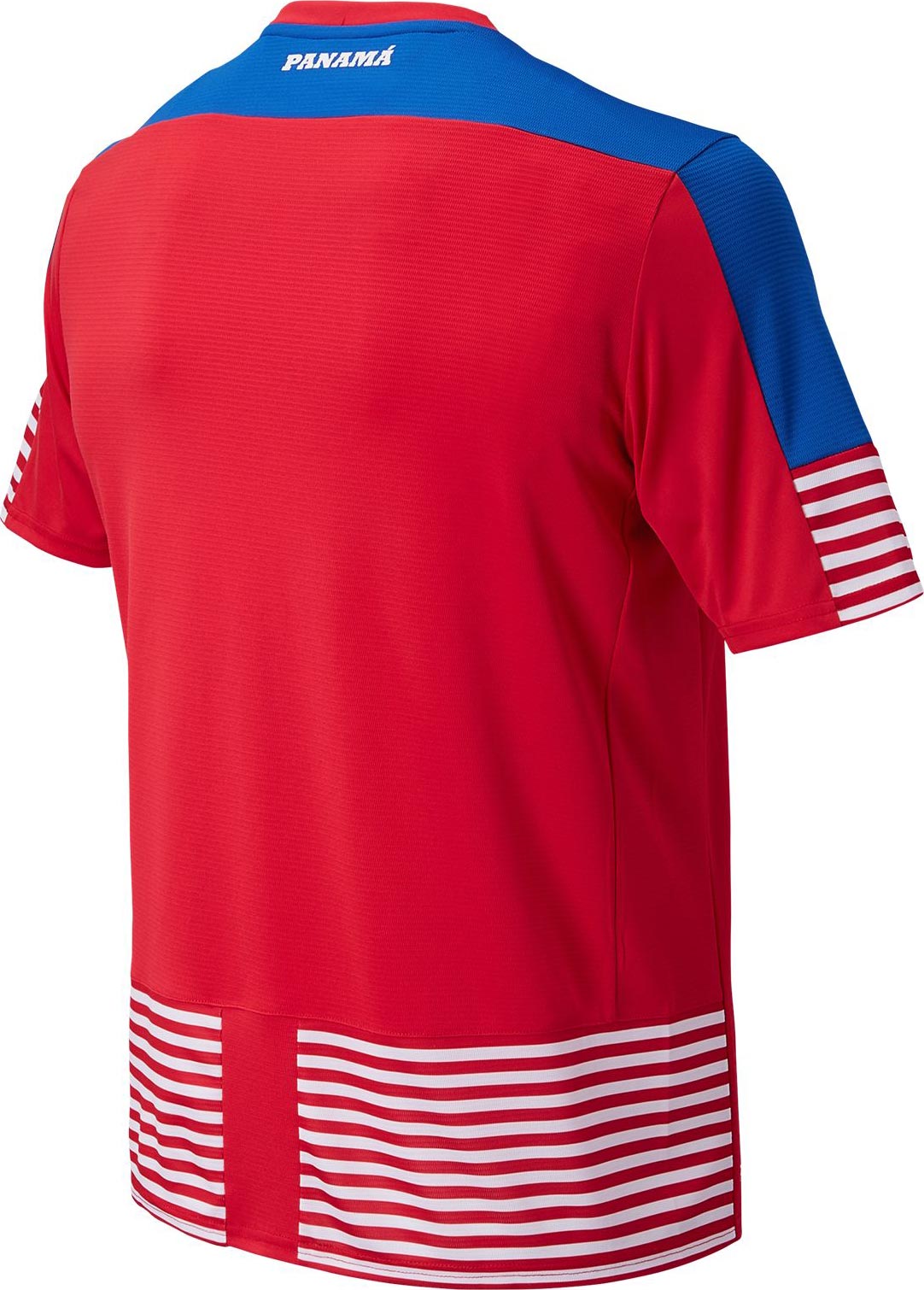 The Copa America were kits were a tough act to follow and you can refresh your memory of them here. The template New Balance used with these kits is as original as the preceding kit but whilst noteworthy, not quite as stylish.

The shirt uses the Panama flag as its colourway. Red forms the base colour of the shirt, used in a clean pattern. In addition, blue and white feature as trim and accents.

A red curved v-neck collar leads into solid blue shoulder stripes although the end of these panels feature white stripes. The panels run across the upper back, under the collar, and feature “PANAMA” in white font.

The same pattern repeats at the bottom of the shirt, leading around the back, separated by a red block at the base of the spine. 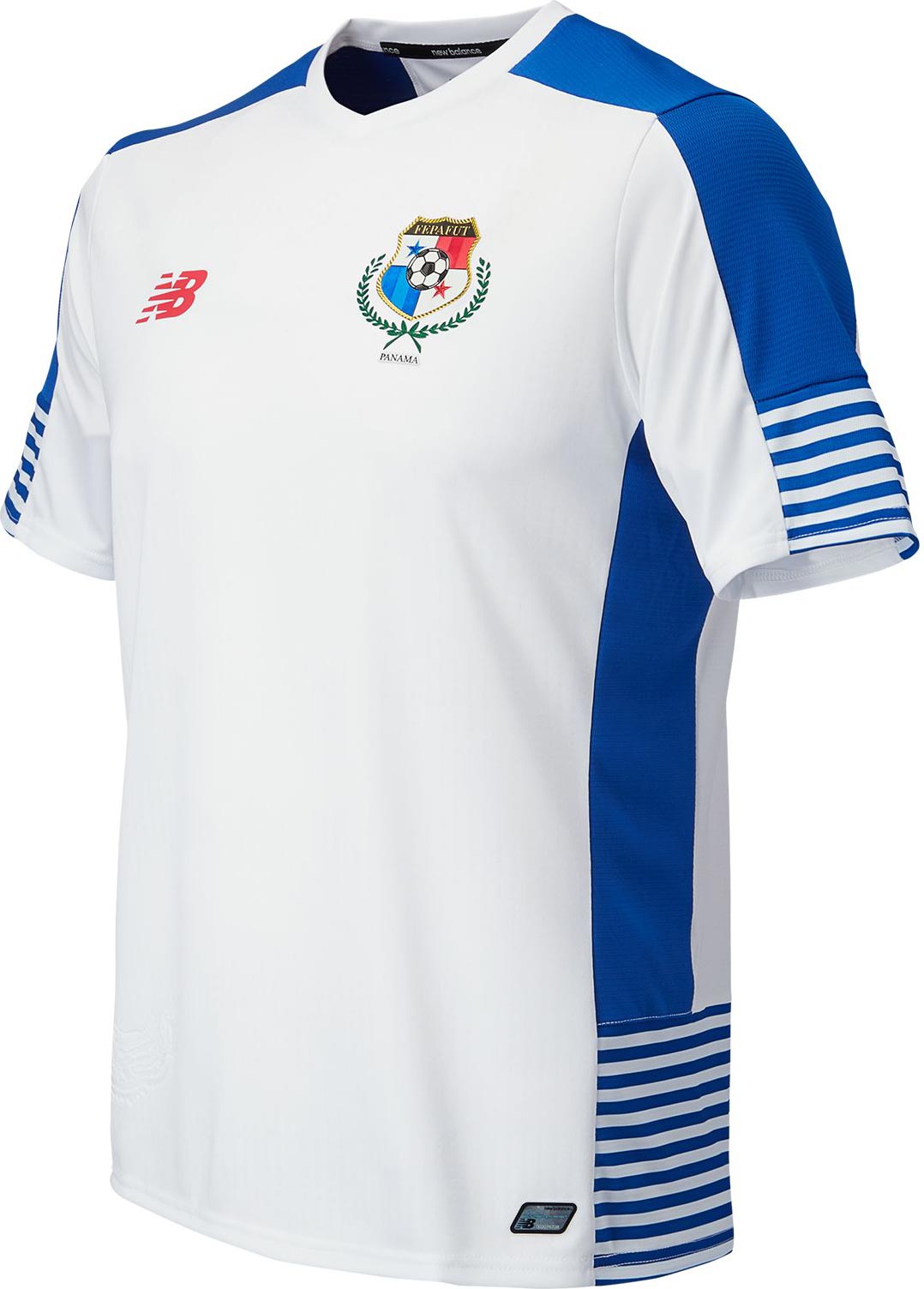 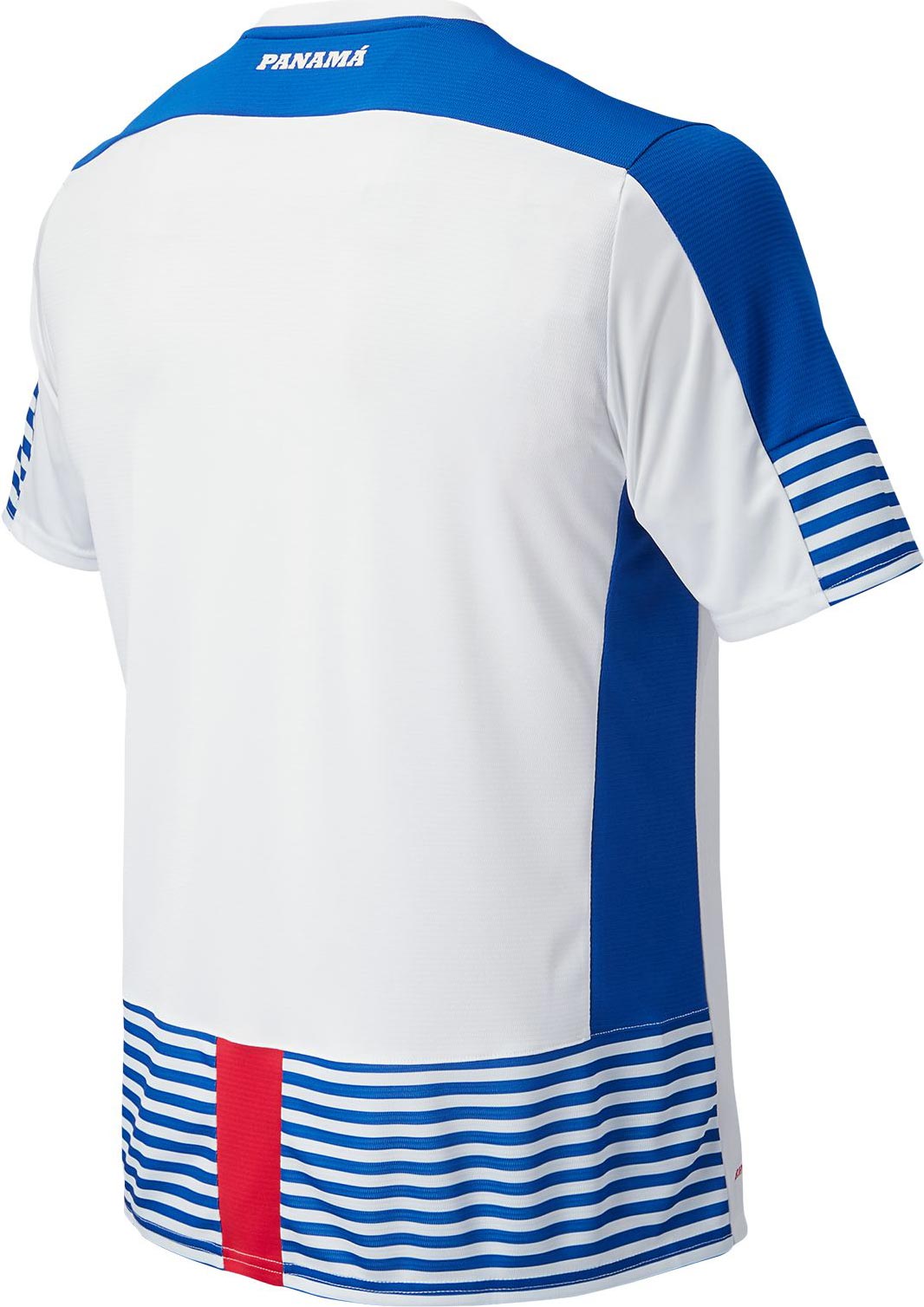 The away shirt uses the same template as the home kit. White is the base colour rather than red whilst blue replaces the white trim of the home design.

Once again, the striped patterns sit at the bottom of the back of the shirt, noteworthy this time for the retention of the red block in the centre.

The goalkeepers see their kit take the same template. While the outfield players have the country’s colours on their kit, these involve just blue trim in a similar pattern.

A stylish range of kits; not quite as good as the previous design but impressive nonetheless.