The Style Council has a new member: Pantofola d’Oro. The Ascoli-based boot manufacturer is bring Italian class to the football market and an unrivalled class to colourful boots. This time, purple is the lead in the Impulso Coccodrillo boot range. 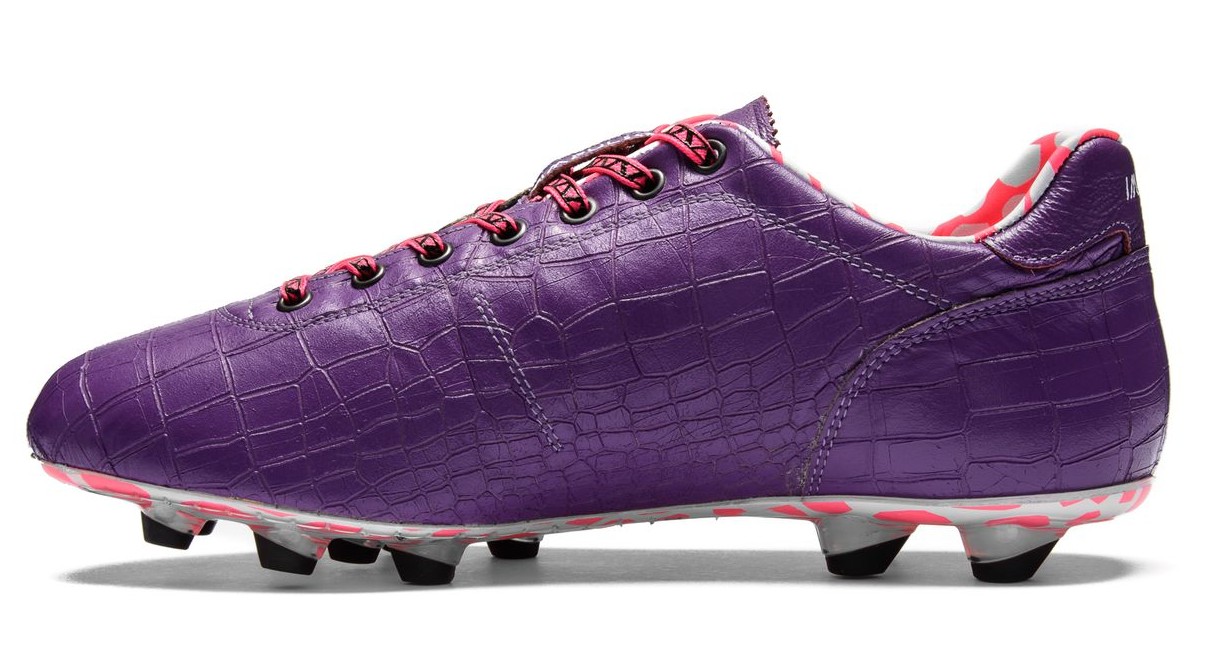 Pantofolad’Oro originally began inthe 1886 as a cobbler’s shop in Ascoli Piceno. Seventy years later, they began making boots for Ascoli and the football boot business grew from there.

This is the Pantofola d’Oro Impulso Coccodrillo FG football boot: 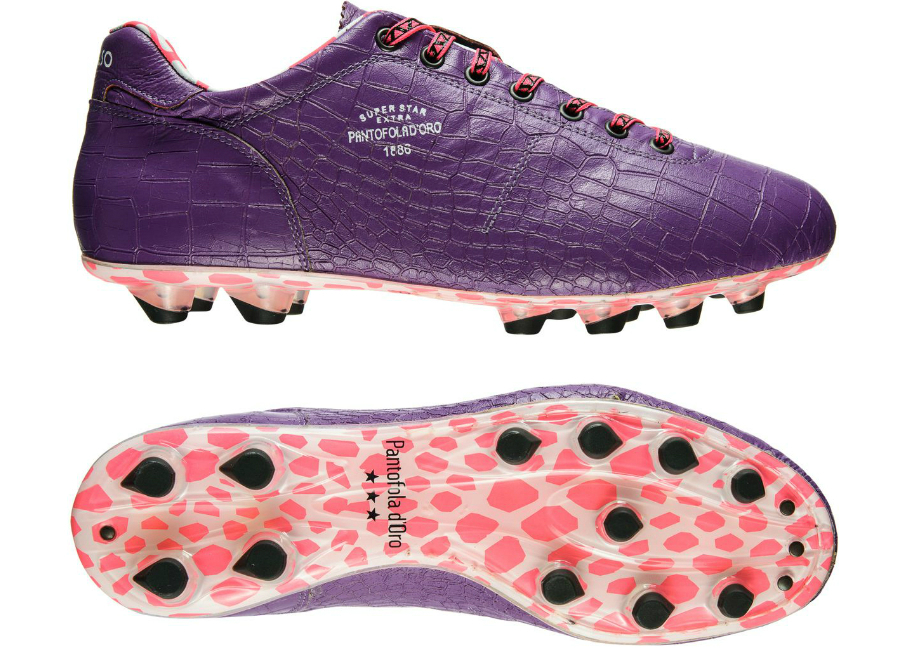 By  using the softest calf leather, the Impulso has a flexible upper which fits the contours of the foot to give an entirely natural feel. The boot’s theme comes through in the crocodile skin texture applied to the upper.

By reducing the number of stitches in the upper, the design gives unbeatable ball control. The single panel offers a cleaner striking surface than the average boot whilst it reduces water intake in wet conditions.

Comparing a Pantofola d’Oro boot to an average boot is unfair; there’s nothing average about these designs. 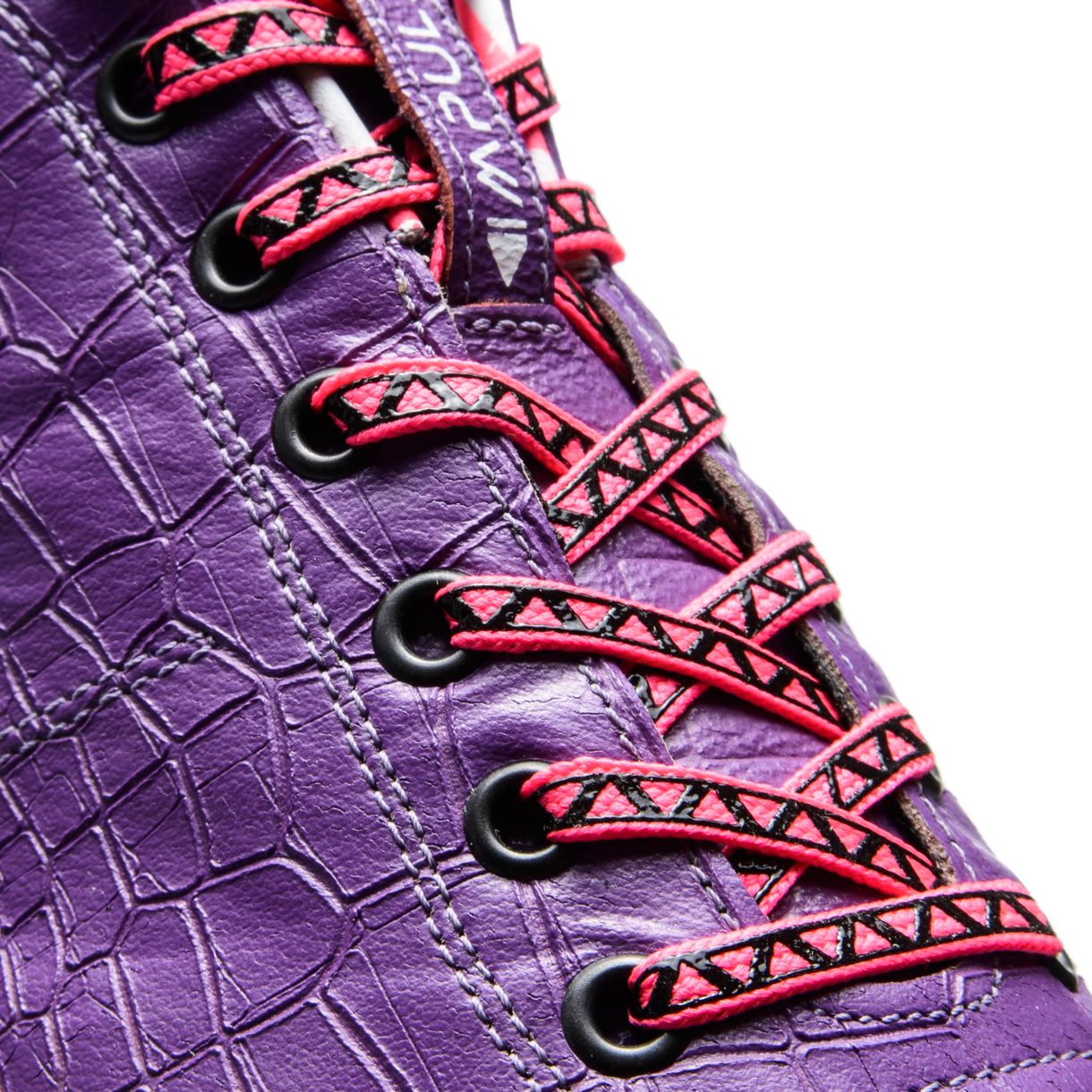 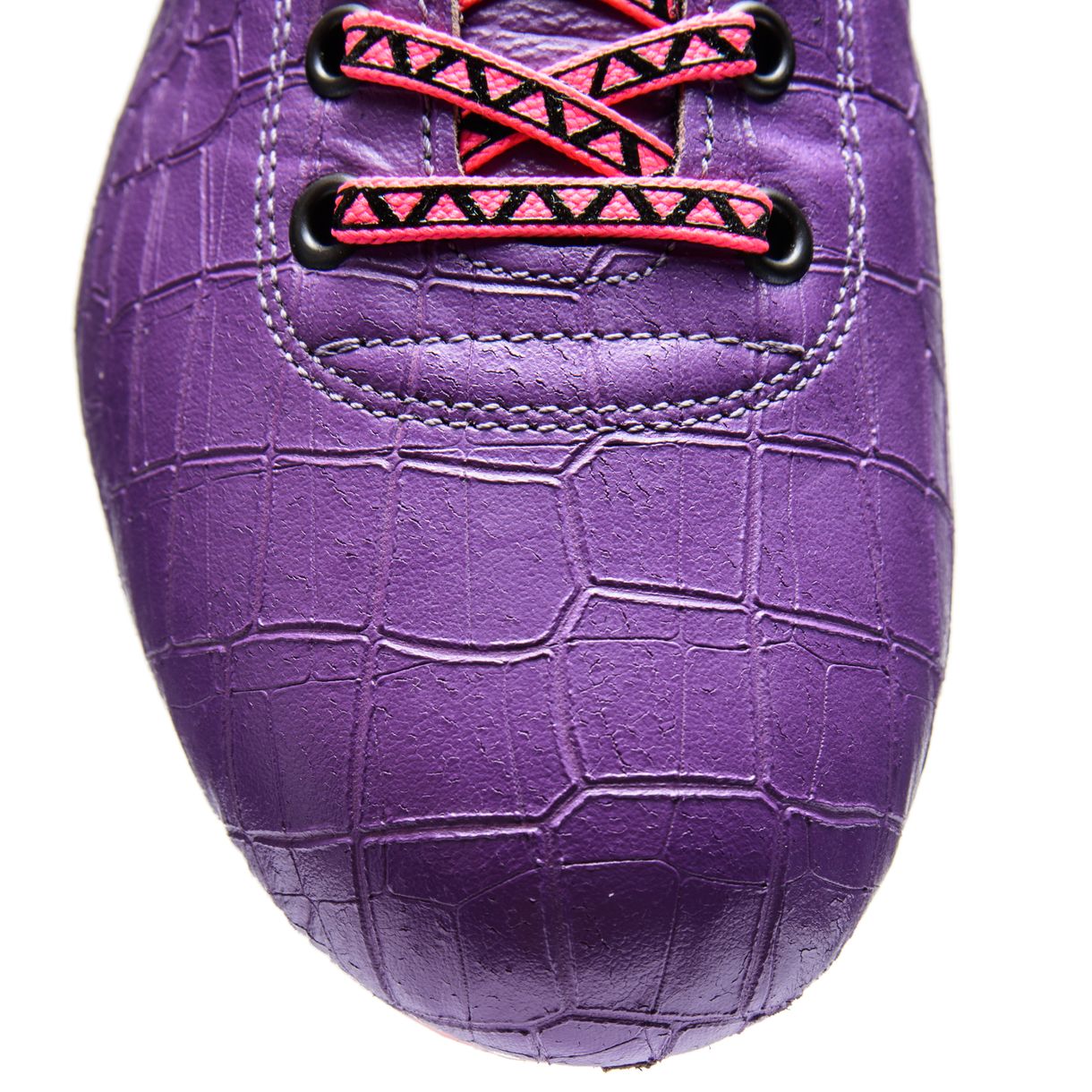 The soleplate, with its snakeskin graphic pattern, features a stud configuration which is designed to offer the sole of the foot maximum protection from the conditions. The flexible outsole gives an outstanding mix of stability and responsiveness, enhanced by the lower than usual profile, keeping you close to playing surfaces. 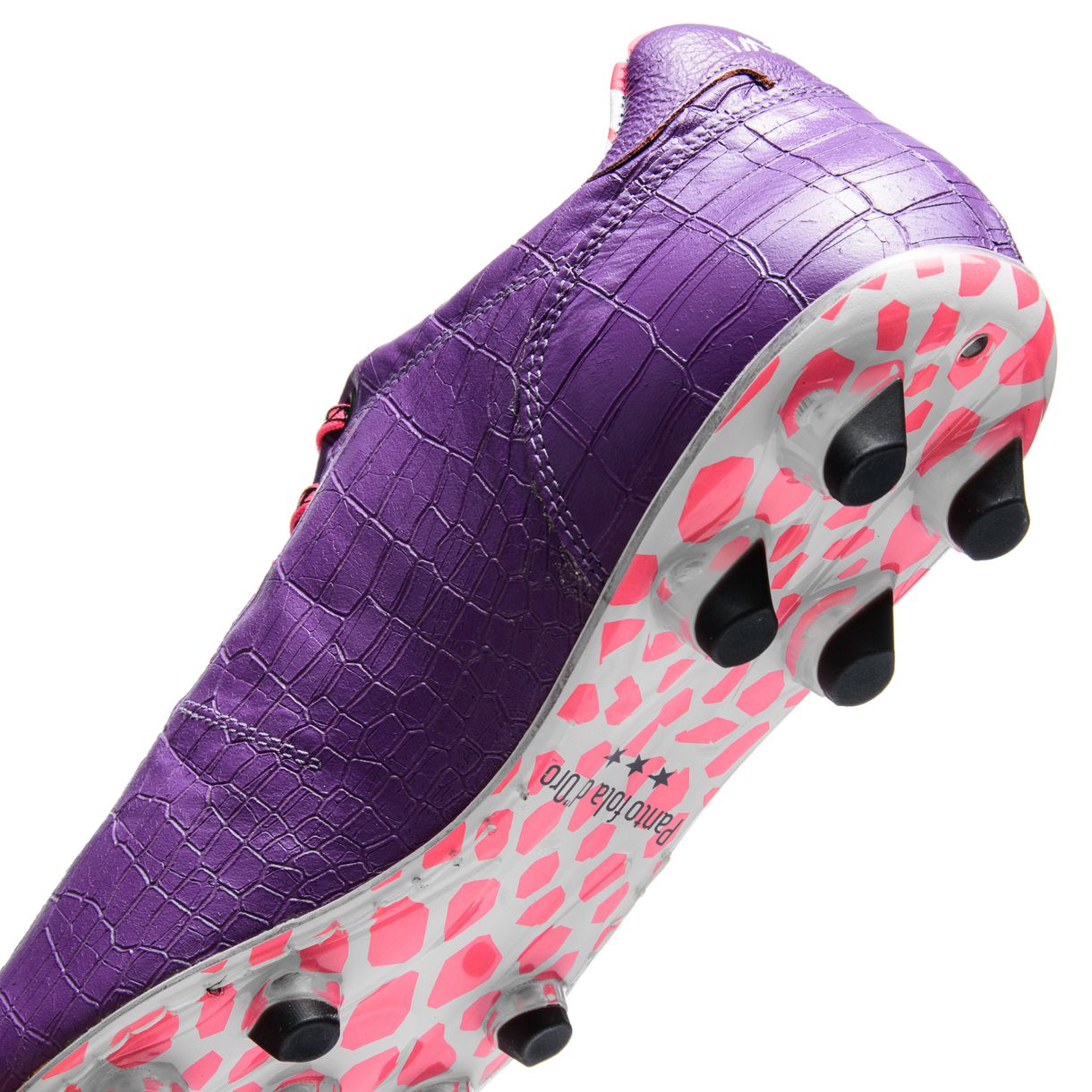 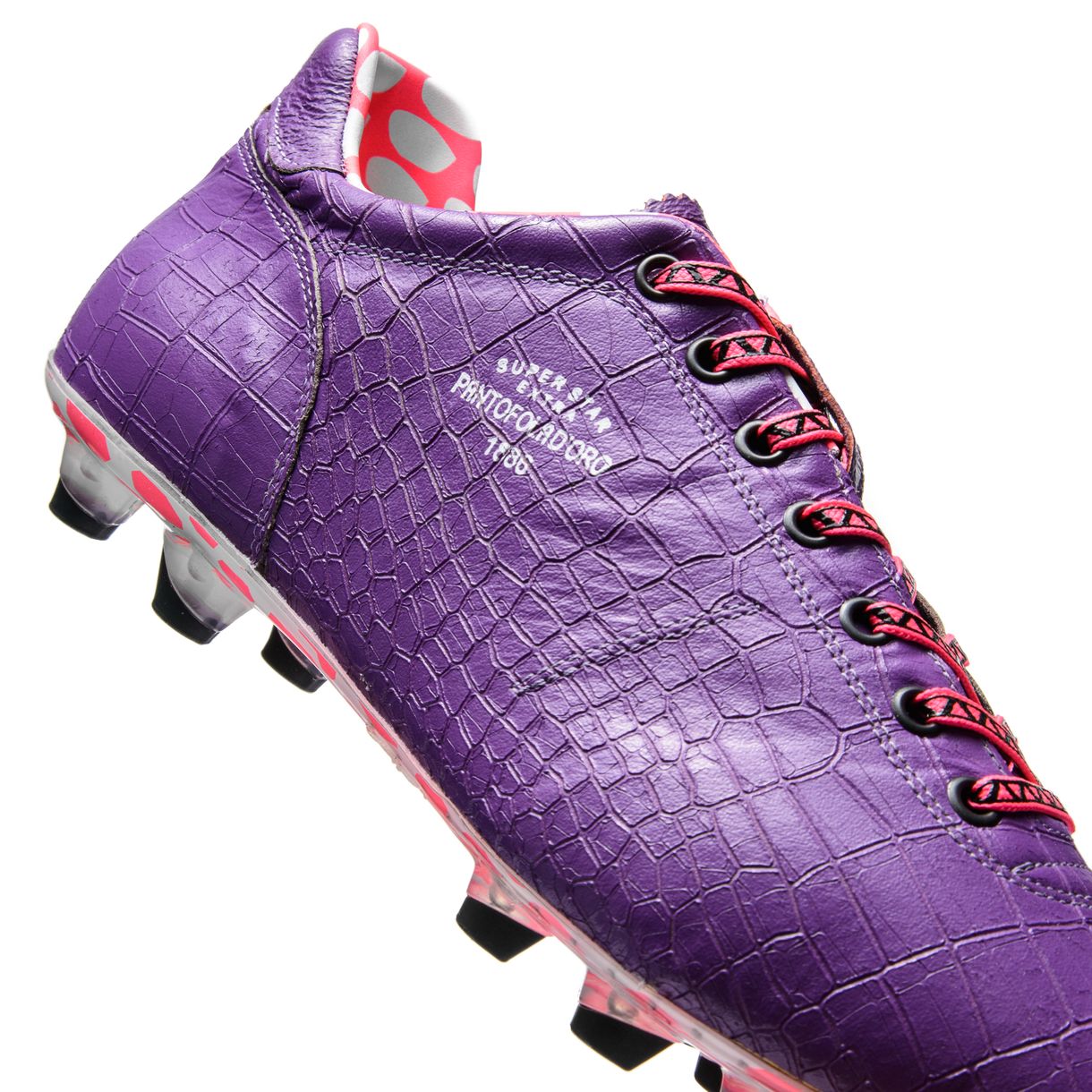 This is part of Pantofola d’Oro’s ‘Made In Italy’ range, which features astonishing quality control from selecting the leather to be used through the whole manufacturing process. The boots have to be the best to bear the maker’s mark on the outside of the upper. 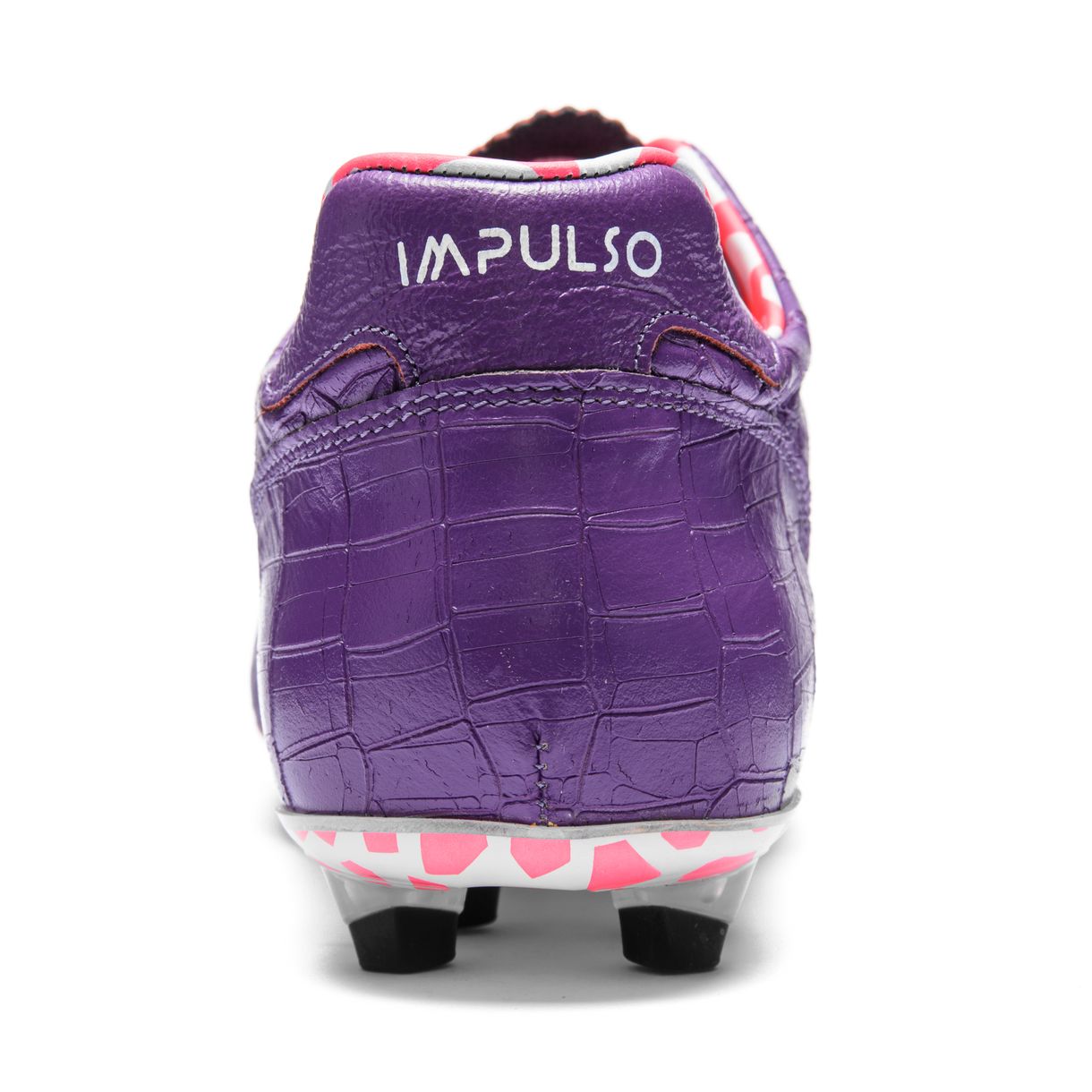 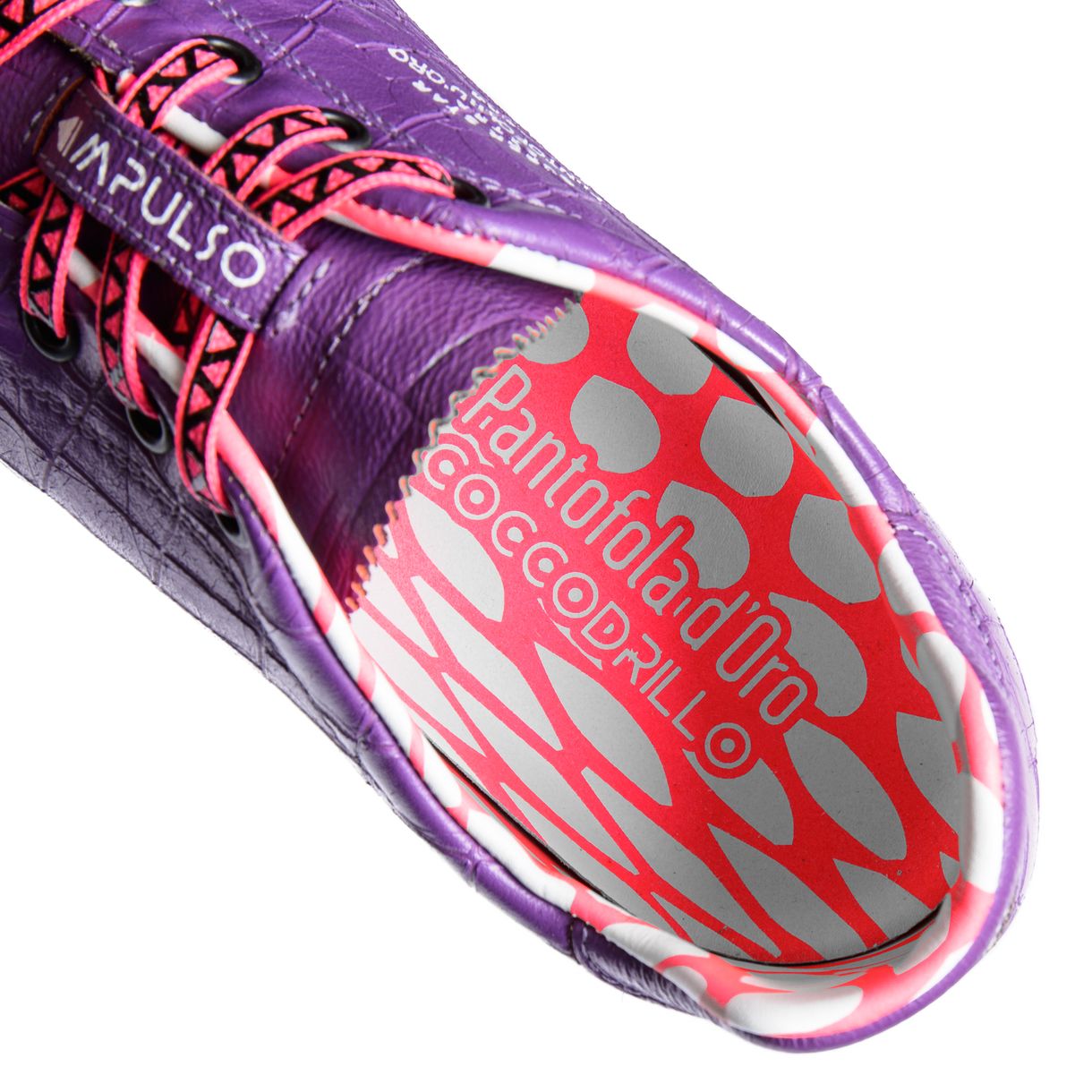