PAOK Salonika announced that the club will issue a limited edition kit in January 2017. Designed by Macron, it forms part of the celebrations for the club’s 90th anniversary.

All of the club is involved, across all 15 sports played there. The basketball team recently lost 94 – 80 to CSKA Moscow in Thessaloniki.

A strong Europa League campaign would complete the celebrations perfectly. This year’s group stage started well with a goalless draw at home with Fiorentina. 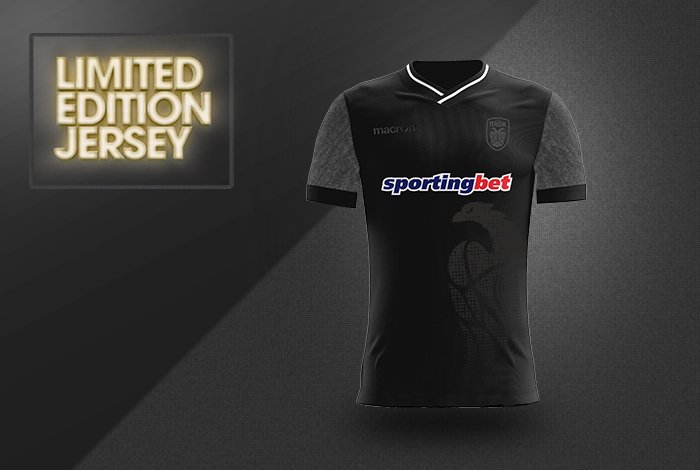 The shirt is black and grey with white trim.

A tonal print of the eagle from the club’s badge resides on the lower left of the shirt’s black body. The Macron logo and club crest feature in the same tonal colouring.

The collar is black with white piping, forming a high line v-neck with an overlapping design.

Completing the pattern is grey sleeves with black cuffs.

PAOK have released their home, away and third kits previously this summer: 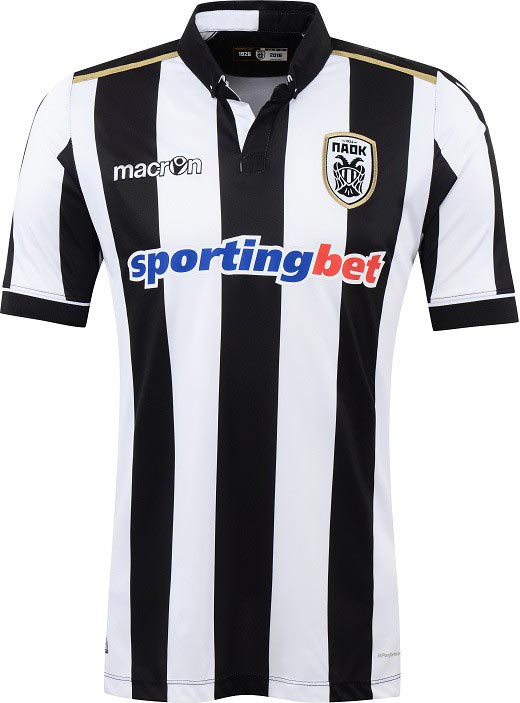 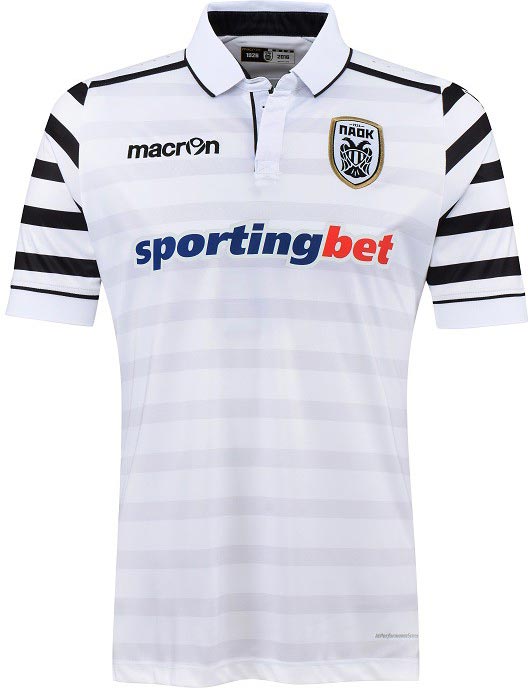 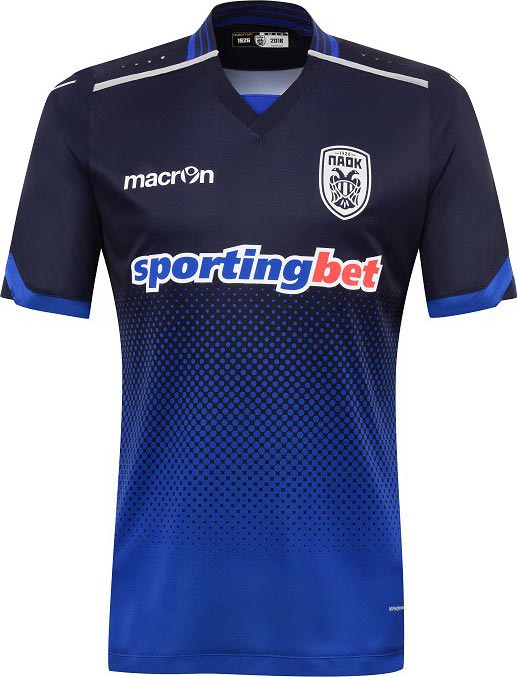