England supporters won’t have fond memories of the Nike template the Parisians selected; it’s the same as the away kit worn during the abysmal Euro 2016 campaign. Paris St Germain won’t care; they fully expect to win their fifth successive Ligue Un title at the end of this season.

Last season saw them wrap things up on 13th March 2016, with a 9 – 0 win at Troyes and finished the campaign a mammoth 31 points ahead of Lyon and Monaco. 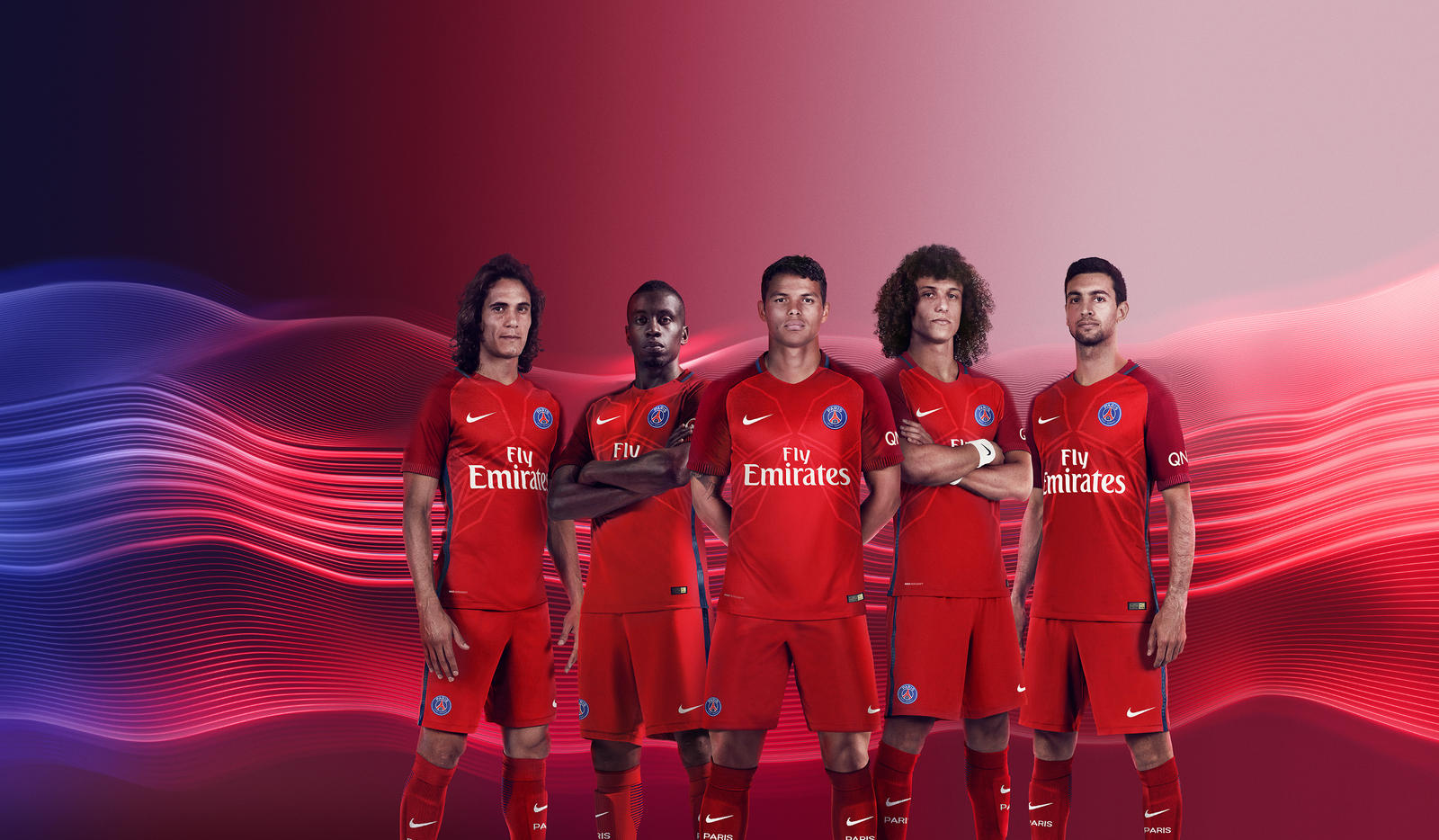 This is the away kit Paris St Germain will wear as they bulldoze their way to the 2016/17 title. 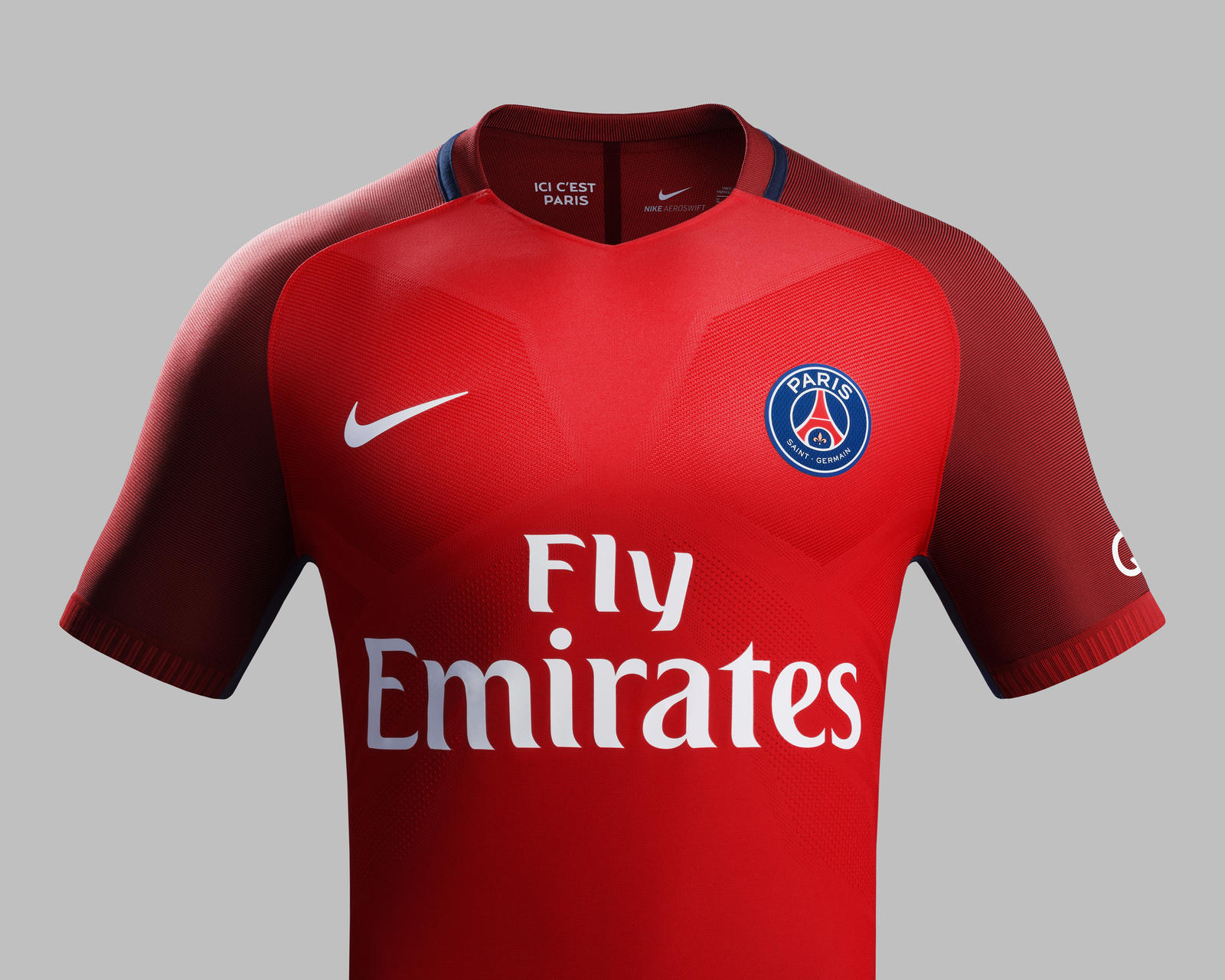 An all-red kit, Nike’s familiar summer template is once more employed. The darker red sleeves merge with shoulders and collar to form a seamless panel across the shirt. The cuffs on the sleeve are formed of a band in the lighter red.

The collar, lighter at the front, darker around the reverse, also features a thin blue band from collarbone to collarbone around the back of the shirt.

A blue stripe traverses the lower sleeve and down the side of the shirt body, meeting with a similar stripe on each leg of the shorts. 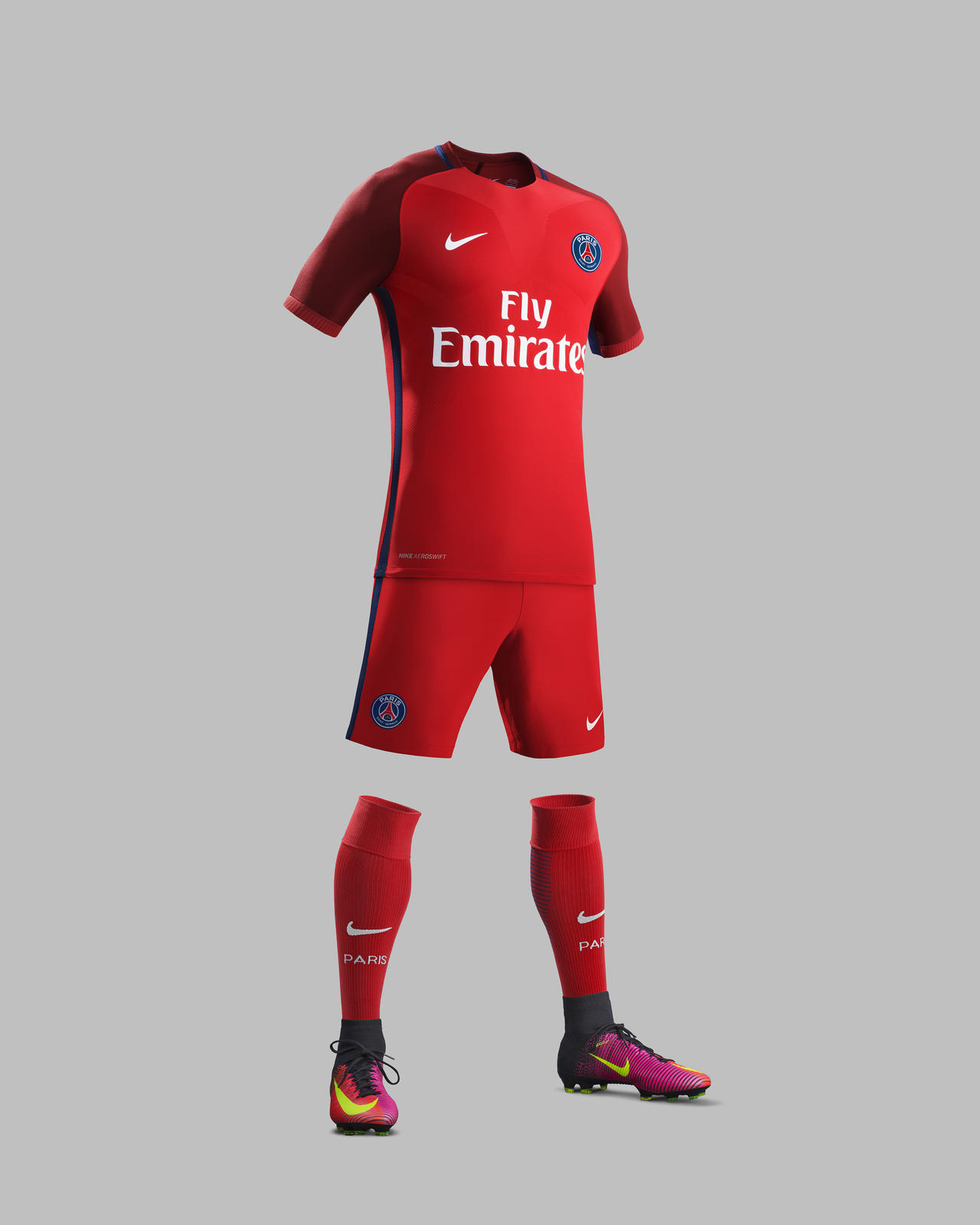 Unusually, Nike has issue lighter red socks. Previous versions of the template – such as Manchester City and Inter Milan – have seen a striking contrast in colour used. Not so for Paris St Germain; a safer, sensible and arguably more stylish look for their red away kit.