Parma, once Italy’s premier club, unveiled their 2016/17 kit range. Manufactured by Errea, the re-formed club is on a journey to return to past glories. 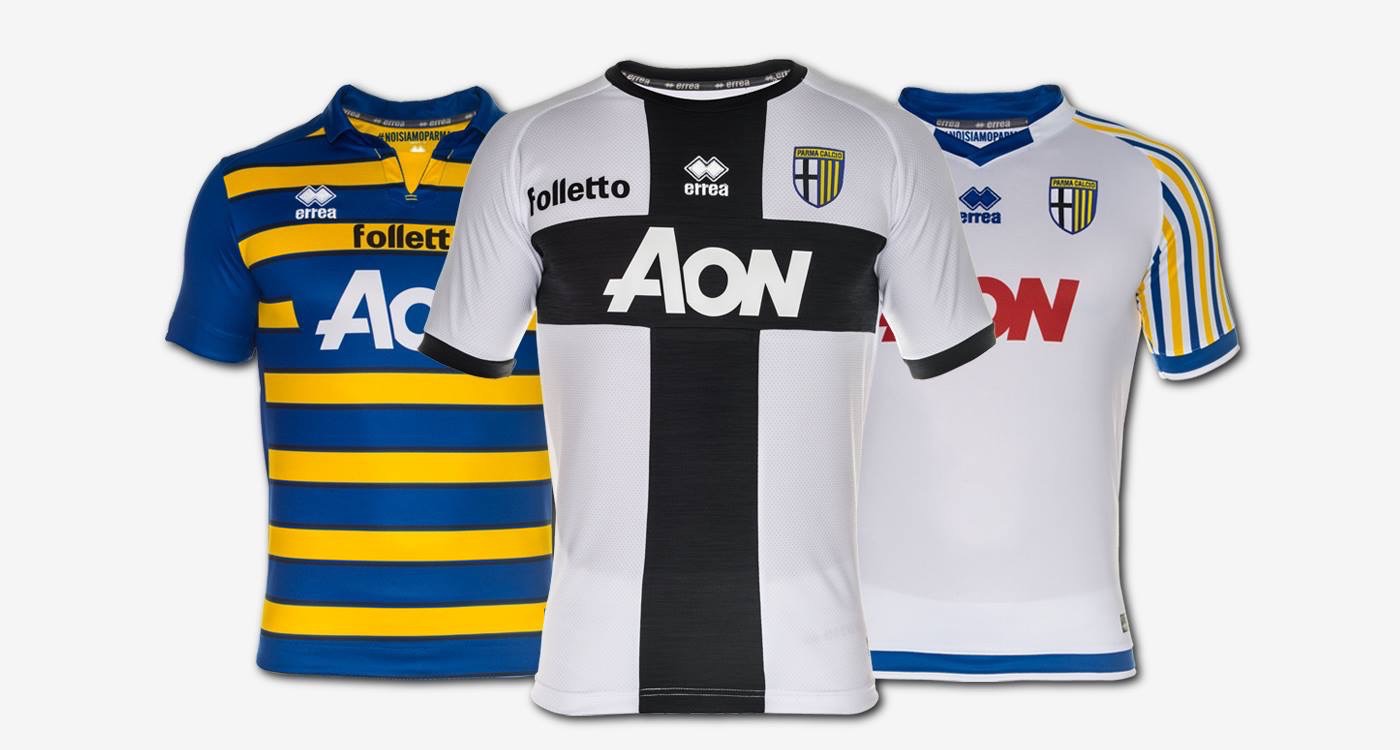 Former head coach Nevio Scala is club president and has the wisdom of his years in charge during the club’s Golden Age. When the club fielded a team with Thomas Brolin, Gianfranco Zola and Faustino Asprilla.

Relegated to Serie D following another bankruptcy in March 2015, they won promotion at the first time of asking. 2016/17 will see them take their place in Lega Pro. 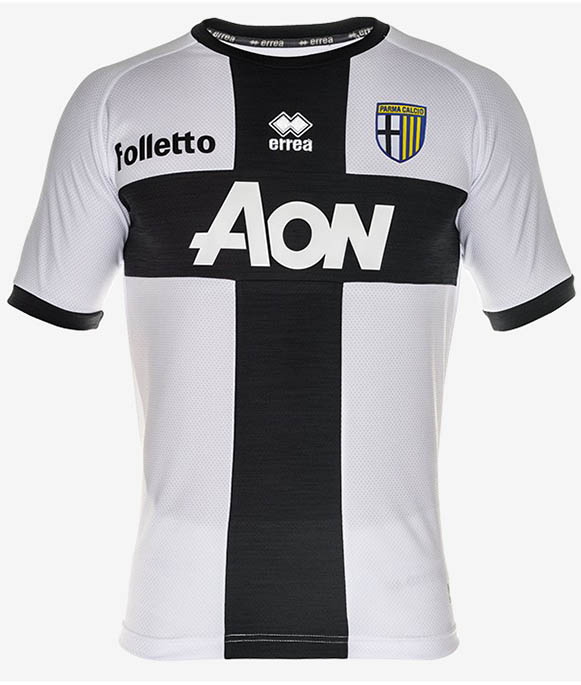 Sponsor AON have their logo in white centrally within the cross which leads to a black crewneck collar. The shirt is finished with black cuffs.

Completing the kit are black shorts and white socks. 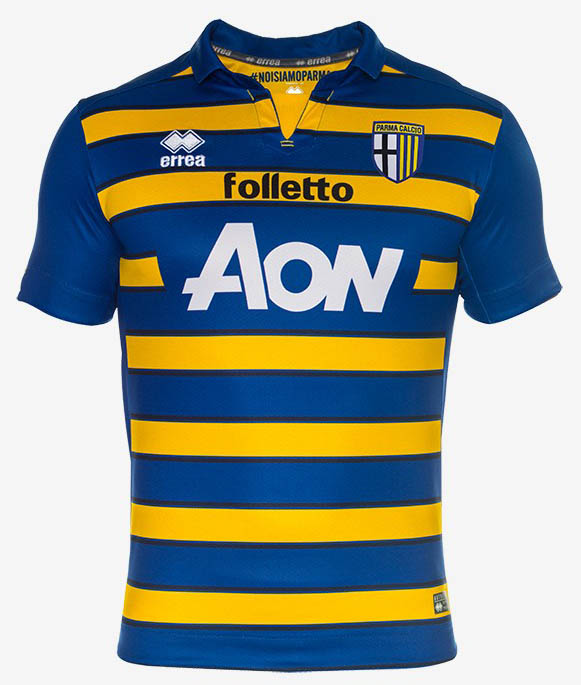 During Scala’s Golden Age, the club wore yellow and blue as their home kits as they became Italian and European cup kings.

When colours clash, Parma will wear this kit: 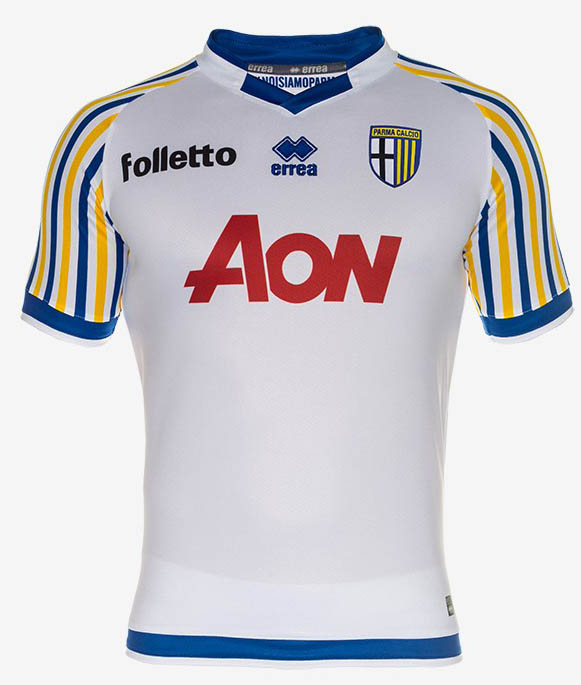 Drawing on the attributes of the other two kits in the range. The white shirt of the home strip is joined by yellow and blue from the away, this time in striped sleeves. Blue cuffs and hem match a blue and white collar in an eye-catching design from Errea.