Club Atlético Peñarol unveiled their 2017 Copa Libertadores kit as they attempt to win the competition for the sixth time. Thirty years ago, they defeated América de Cali of Colombia, 3 – 2 on aggregate in their last Libertadores triumph. There would be some symmetry in them winning the competition again this year.

They will have to go some to make the next round. Club Deportivo Jorge Wilstermann of Bolivia trounced them 6 – 2 in the first group match. Peñarol recovered to beat Atlético Tucumán of Argentina 2 – 1 at Estadio Campeón del Siglo a fortnight ago. 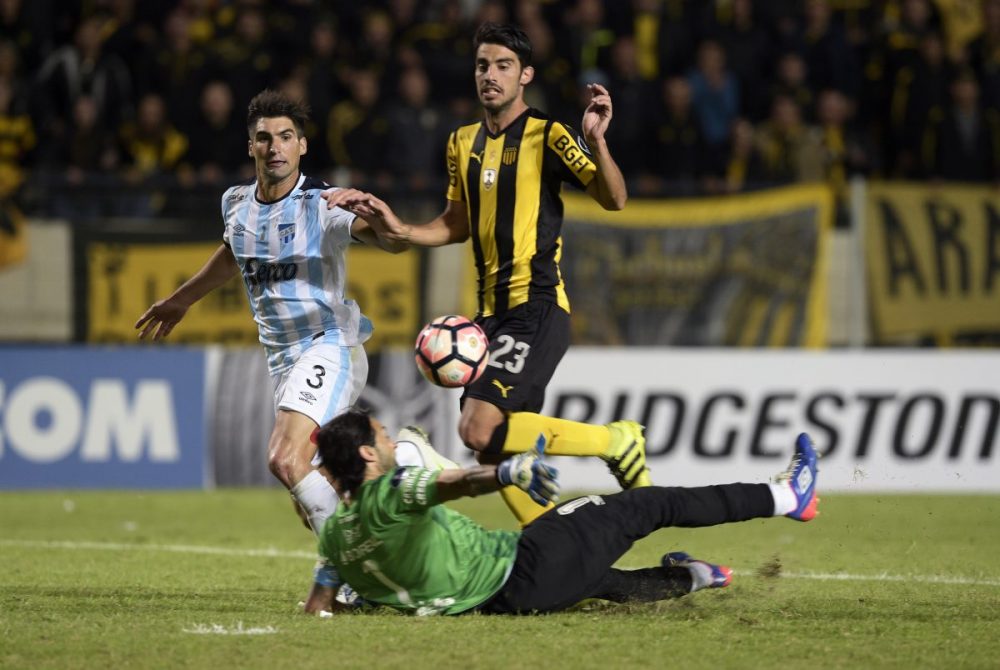 This is the Penarol kit for this year’s Copa Libertadores: 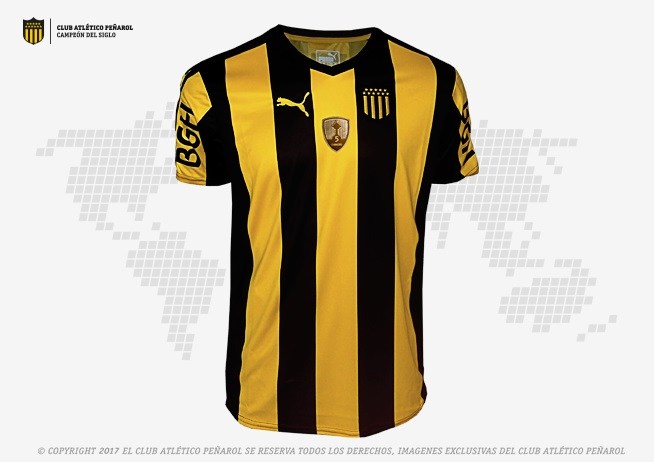 The black and yellow stripes travel evenly across the shirt’s body, while the central black stripe feeds into a black v-neck collar.

The shirt was chosen by supporters, in a straight choice between this design and the hooped design below: 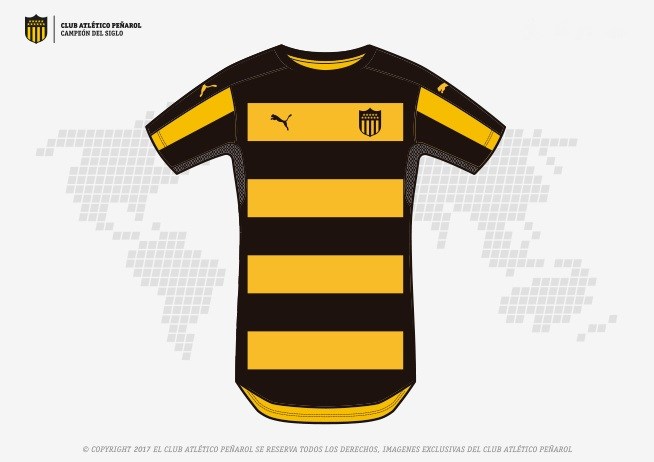 Because the vote ended with a 56% – 44% split in favour of the stripes, the club took the unusual step of declaring the hoops their alternate kit for this year’s competition.

While black shorts finish the kit, in their opening group game Penarol wore yellow shorts because of a colour clash. 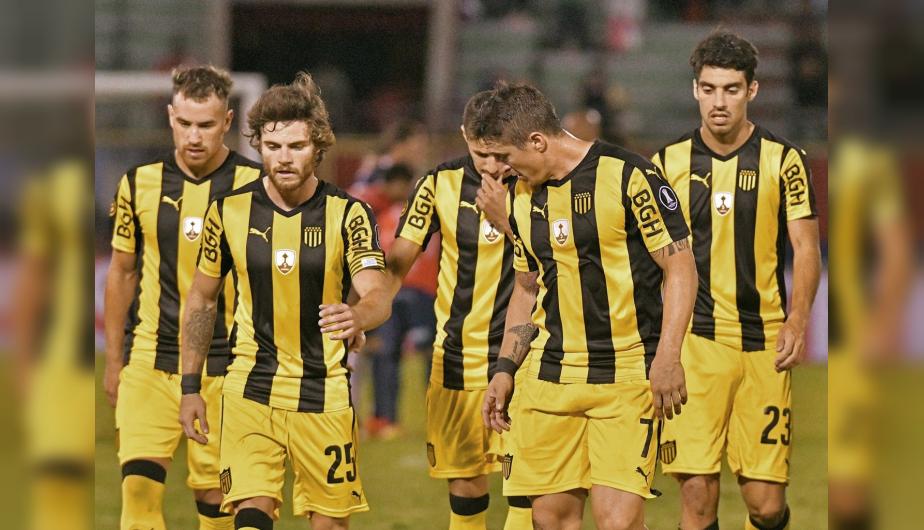