Perth Glory revealed their new FFA Cup kit, which will double as their away strip this year. 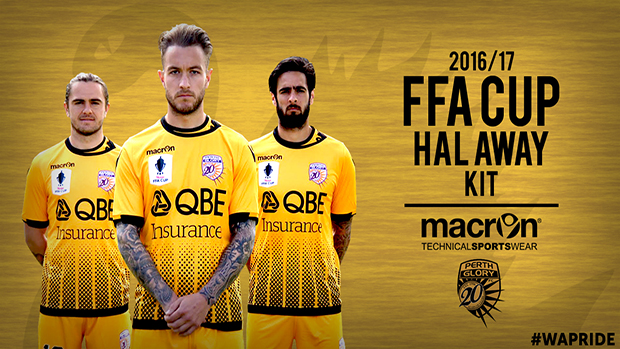 It made an inauspicious debut in the 0 – 2 Round of Sixteen defeat at home to Sydney FC on Tuesday. The kit is made by Macron and utlises the company’s ‘Mperformance’ technology.

A new home kit will be launched in time for the match against Central Coast Mariners, most likely at the club’s Family Fun day early next month. 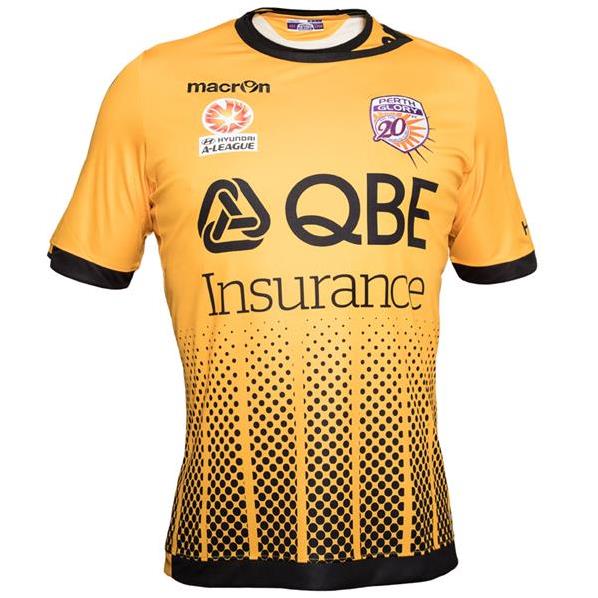 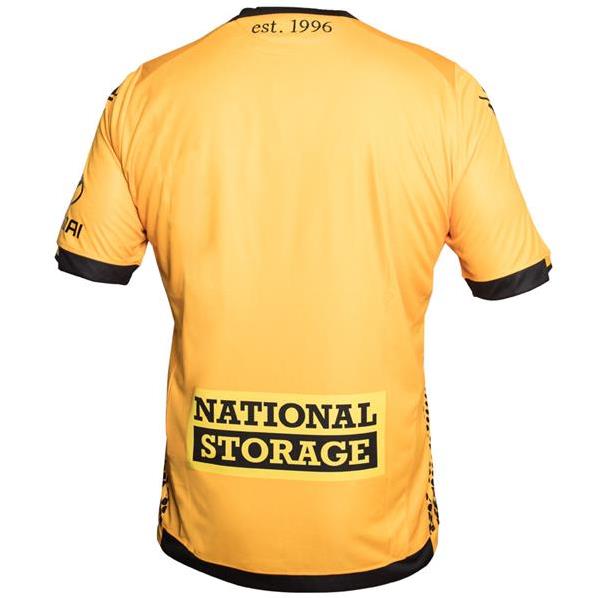 The base colour of yellow is complimented by black trim and accents. The bottom half of the shirt’s front feature black stripes made up of small solid circles. The pattern begins feint and gets stronger as it travels to the black hem.

A round neck collar in black gives way to a swan design on the left shoulder. Under the rear of the collar is the motif “est. 1996” marking the club’s twentieth anniversary since foundation.

On the inside of the shirt’s back features the black swan drawn from Western Australia’s state coat of arms. 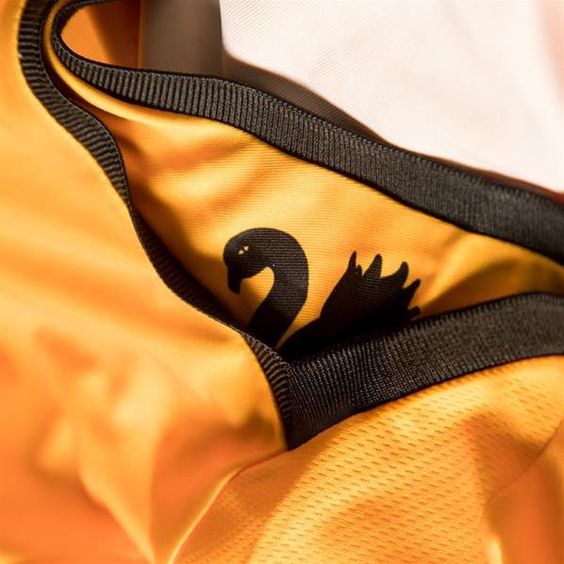 The shirt is completed with primary and secondary sponsor logos on the front and back.

The kit comes with yellow shorts and socks, both featuring black trim.