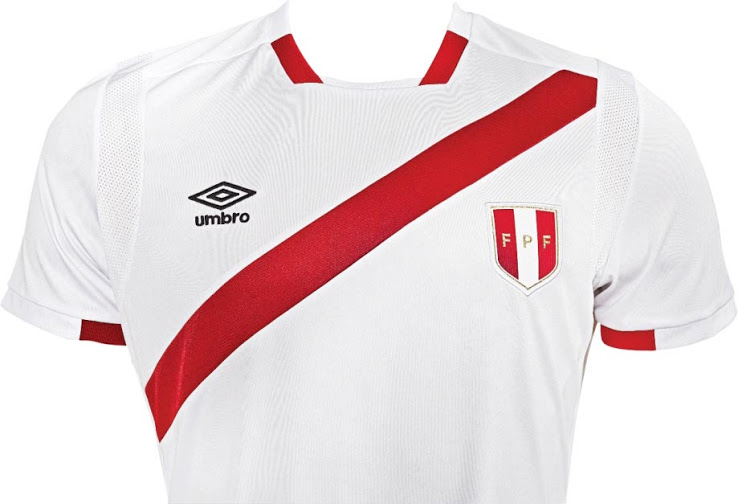 Made by Umbro, the Peru Copa América Centenario kit has taken their traditional white with red sash and given it a modern twist. Instead of launching from left shoulder to waist, the sash is thinner this time around and moves from shoulder to the right mid-rift. 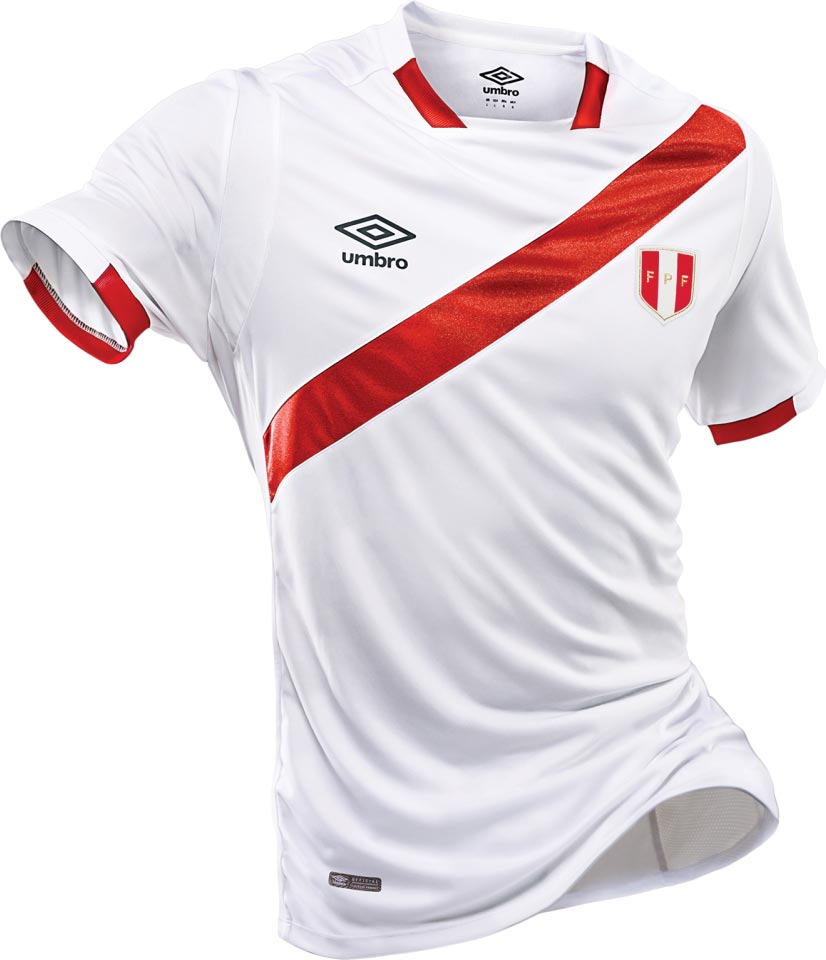 It leaves the shirt with a predominantly white feel. The collar has red flashes either side of the neck at the front before settling on a white straight front neckline. The rest of the collar around the back is white. 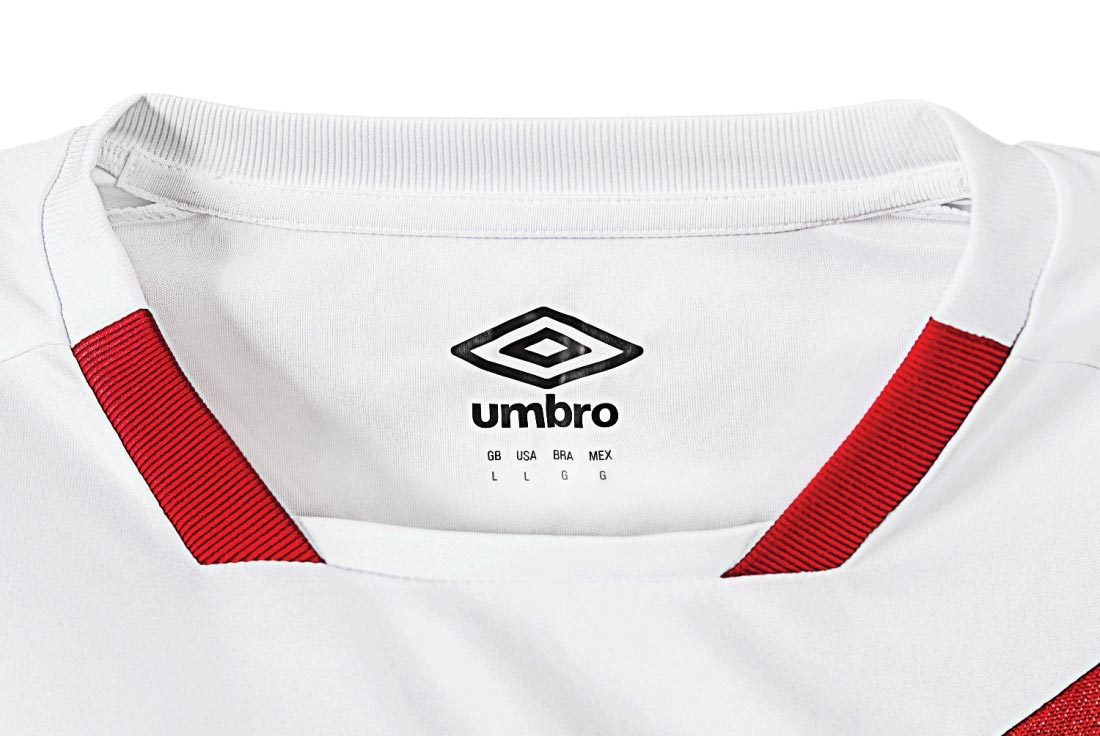 The crest of the Federación Peruana de Futbol, the Peruvian Football Association adorns the left breast. The famous Umbro double-diamond logo sits opposite, on the right of the chest. 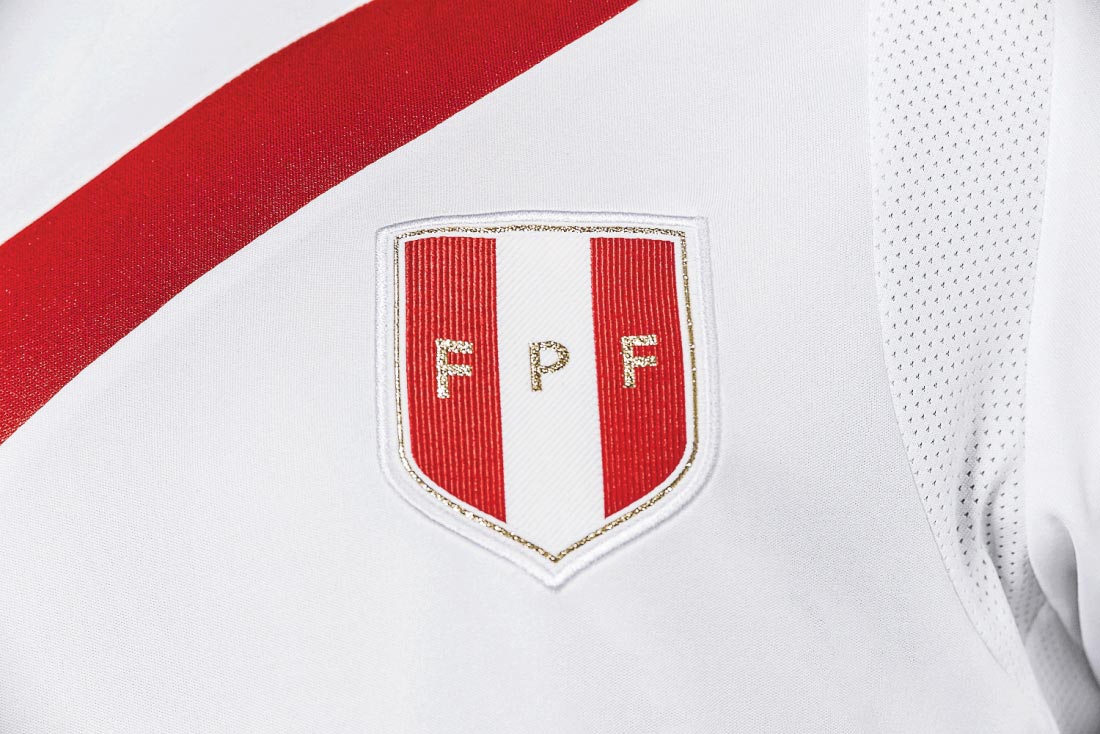 On the reverse of the shirt, the red sash travels from left shoulder to right mid-rift. The front and back sashes do not meet but are distinct diagonal stripes, separated by white panels on the side and shoulder.

Clearly visible on the reverse is the impact of the half red and white shirt sleeve cuffs. 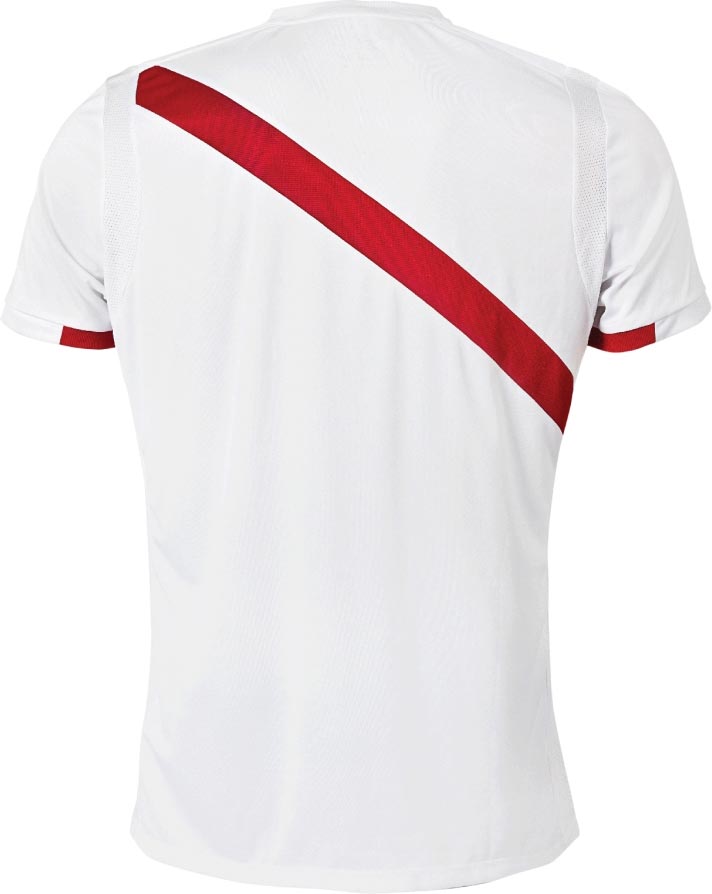 Overall, it’s a simple but effective shirt design which takes the historical traditions of the Peru football shirt and give them a fresh update for the 100th anniversary Copa América tournament this summer.

Let us know what you think in the comments below.