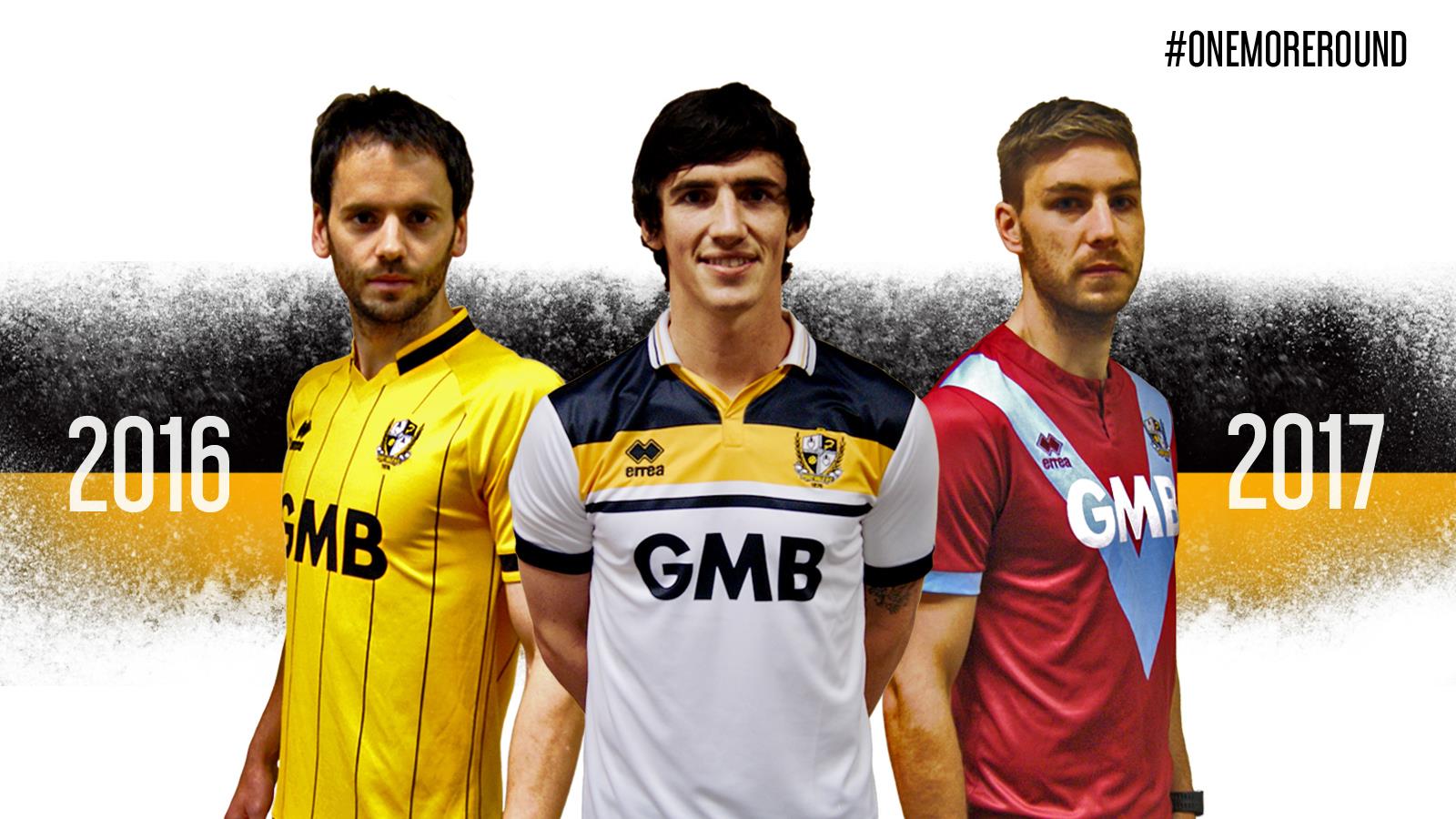 As kit launches go, Port Vale‘s new 2016-17 home kit got off to an inauspicious start, debuting in yesterday’s 0 – 5 home defeat to League One champions, Walsall.

Kit manufacturers, Errea, have drawn on the England 1982 World Cup finals kit, replacing the red and blue stripes across the chest with Vale’s historic black and yellow, first worn in the 1896-97 season. 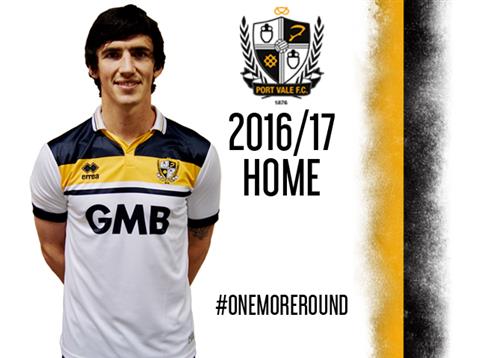 The white wings complete a yellow collar, linked to the lower yellow stripe on the chest, which houses Errea’s logo and the Port Vale badge on either breast. Black cuffs contrast with the white sleeves in a kit rounded off with black shorts and socks. 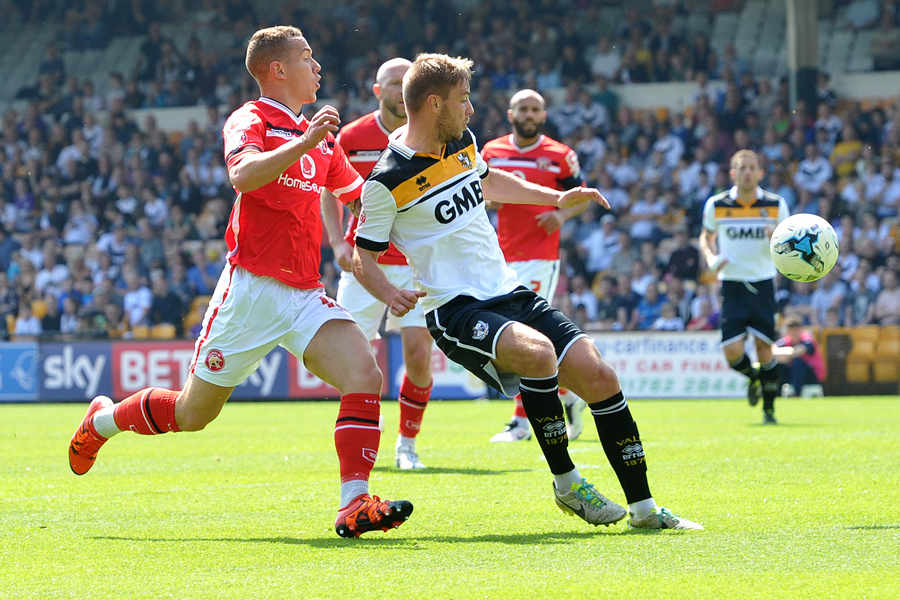 The away kit is made up of a yellow and black colour scheme. The top is a throwback to the late 1950s/early 1960s with its black pinstripe set against a yellow background which were for six years, the club’s preferred colours on their home strip.

The alternate coloured collar, black and yellow strips around the neck give way to a solid yellow subtle v-shape. A modern twist comes with the black waistline. 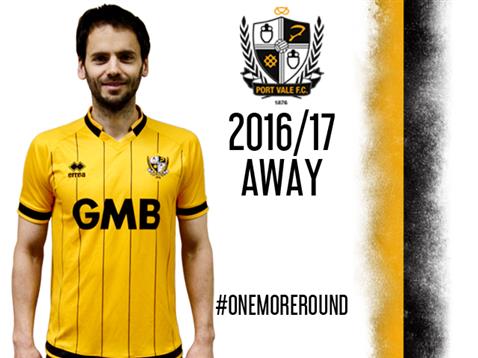 A little bit of history repeating itself for the Vale third strip with the claret shirt with a light blue V across the body, reminiscent of their 1912-13 home strip. The light blue cuffs contrast with the Henley-style buttoned collar which matches seamlessly into the claret body of the shirt. 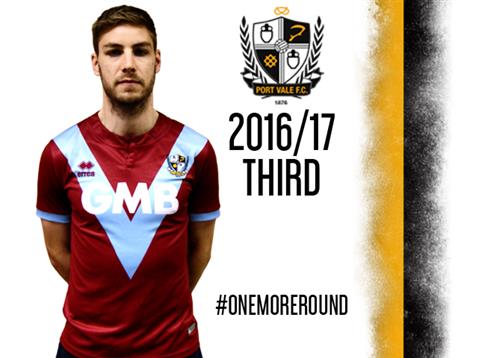 Three new kits for The Valiants next season, all of which are back to the future!