Portland Timbers are ready for the new MLS season, unveiling their home kit for the coming campaign. 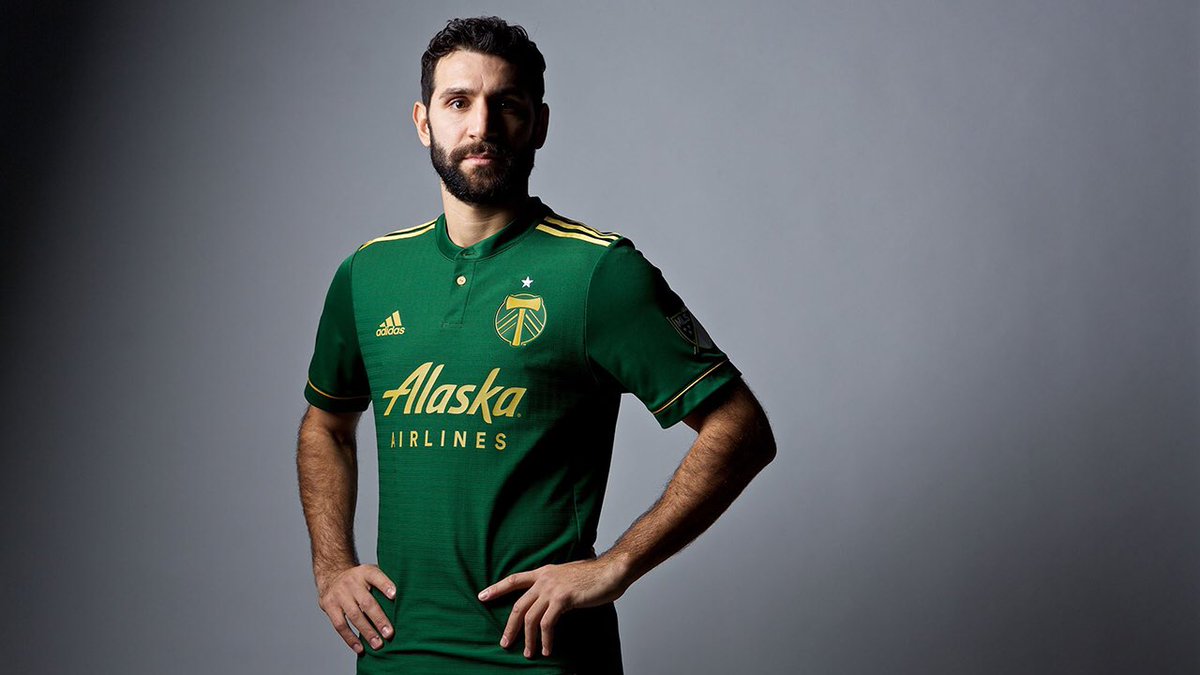 Rated as outsiders for this year’s MLS Cup, the Timbers kit has a retro feel to it. The past is emphasized by the silver star above the crest which celebrates the club’s 2015 triumph when they beat Columbus Crew, 2 – 1.

The Timbers kick-off the season on 4th March with a home game against Minnesota United. This is the kit they will be wearing, 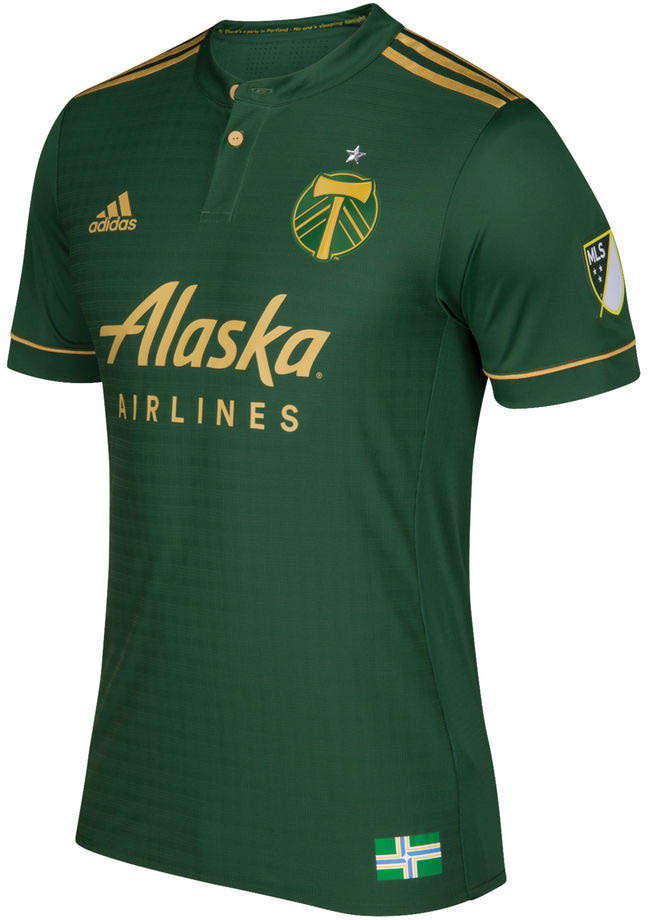 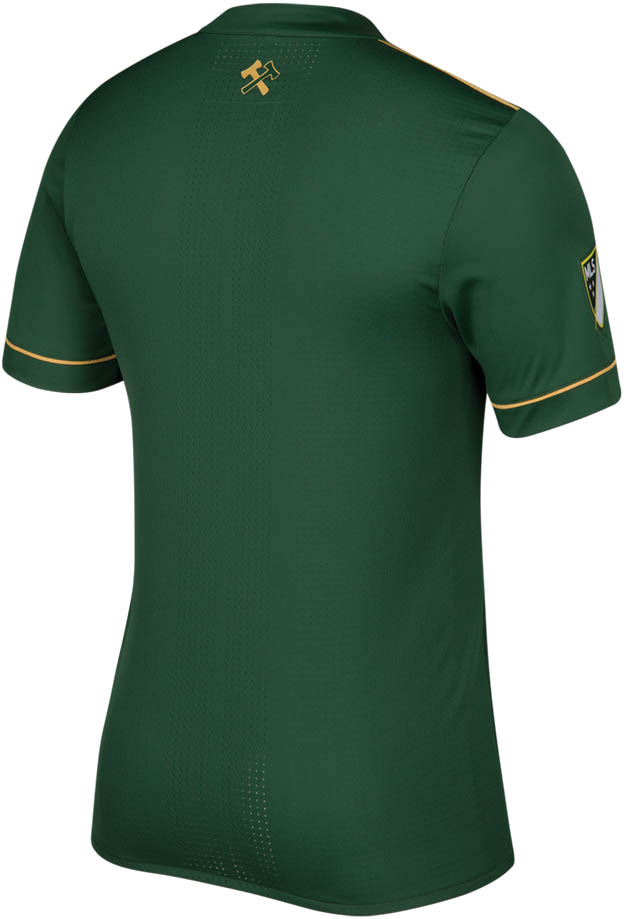 The base colour is “Ponderosa green” while the trim and accents are “Ravens Gold”. On the lower left of the shirt’s front, sits the city of Portland flag.

There is a real fan element to the design. Printed on the inner collar is the motif “There’s a part in Portland, no-one is sleeping tonight”. It’s taken from the Timbers Army chant, “Party in Portland”. 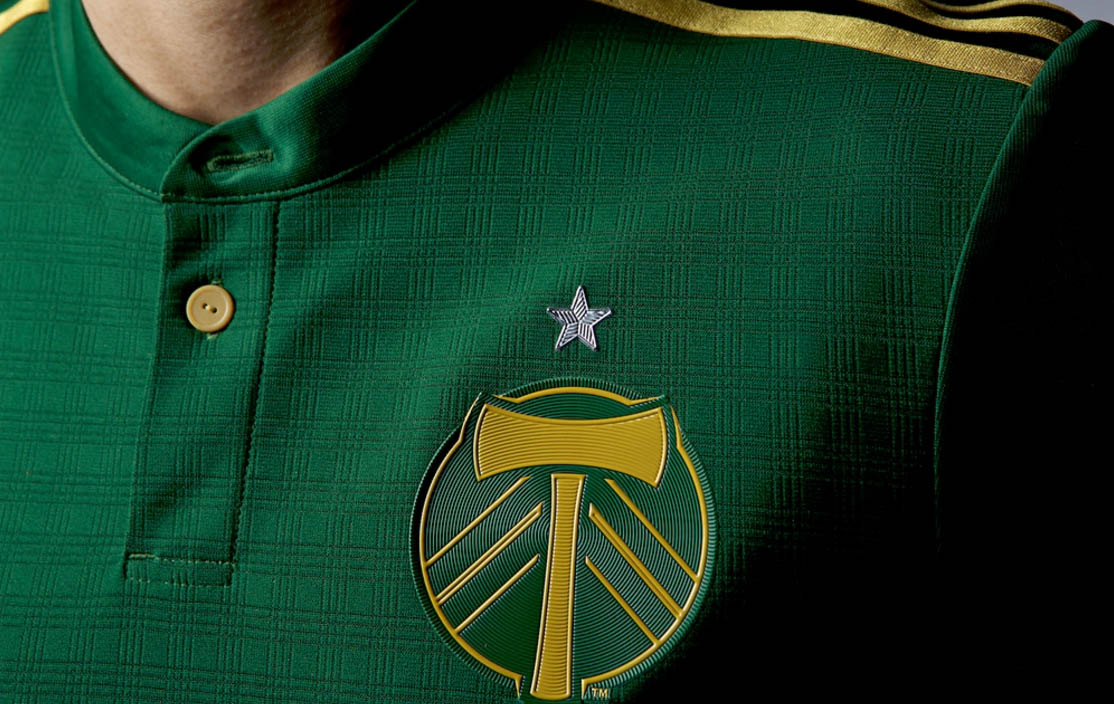 As well as the silver star, the shirt debuts the new crest following the summer’s overhaul of the design. Crossed ‘Stand Together’ axes feature in green and gold above the player ID on the reverse.

It’s a straightforward design from Adidas, featuring a two-button Henley collar and Three Stripes across the shoulders. 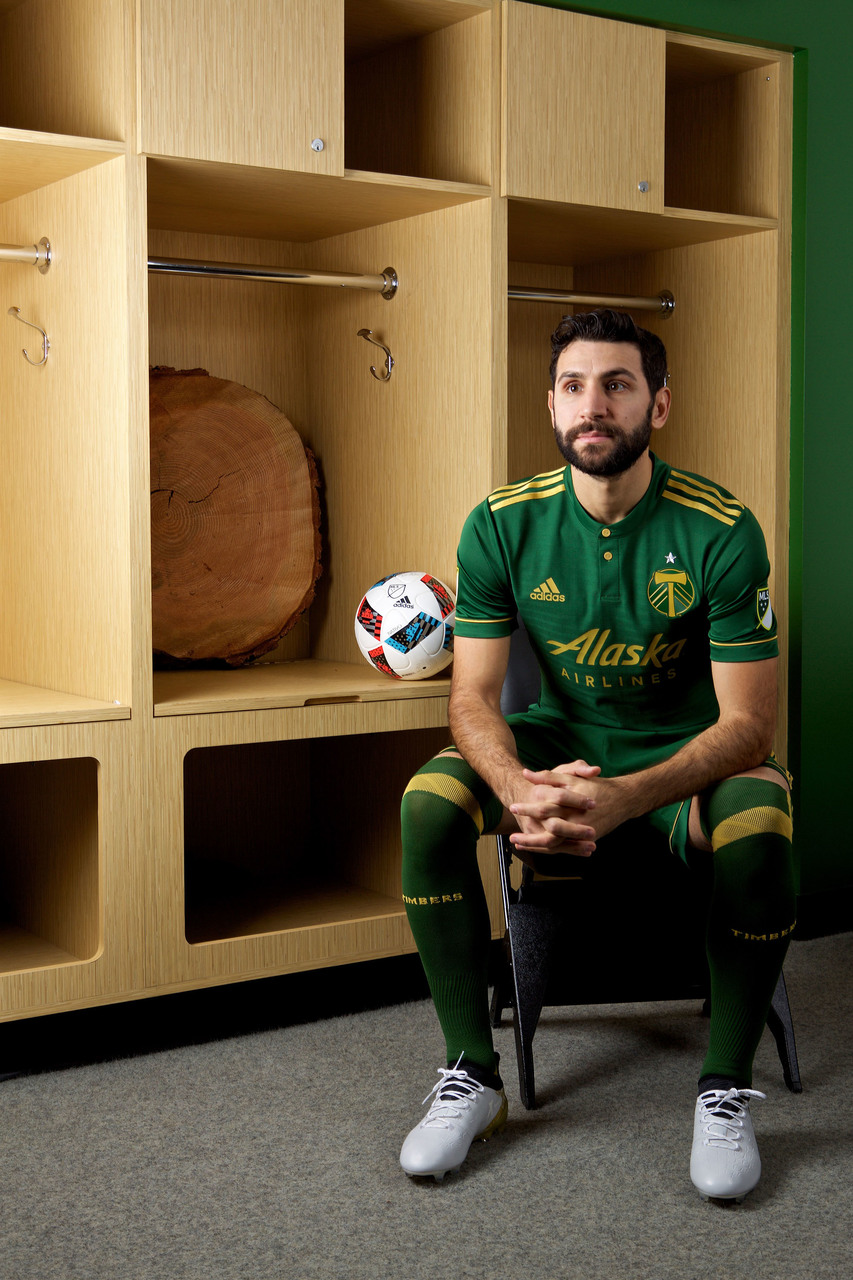 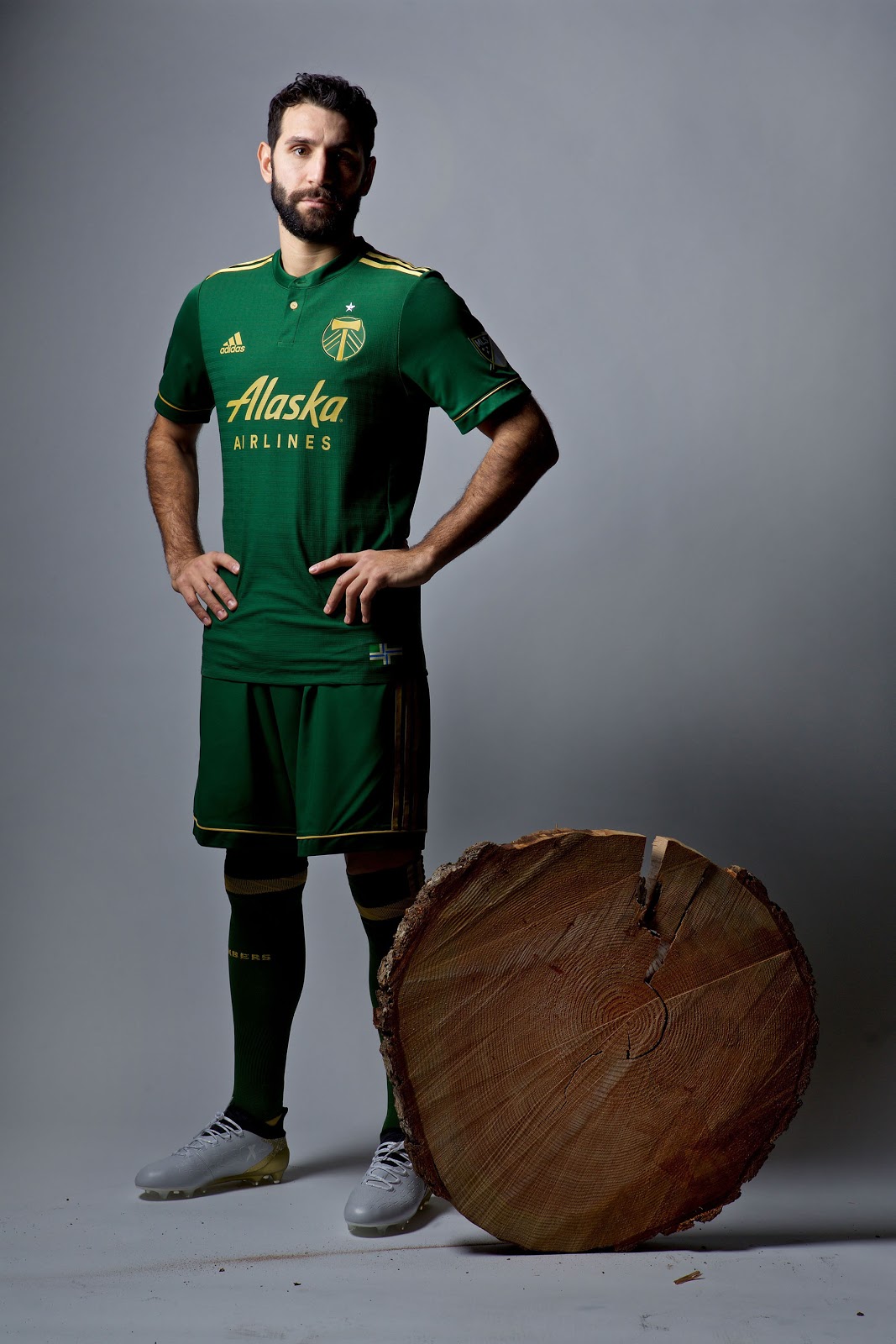 The shorts and socks continue the colour scheme, with a base green complimented by the gold trim.