Preston North End, one of the Football League’s founder members, are plotting their escape from the Championship next season. The fourth kit manufactured by Nike since they took over in 2013, it relies on the colour combination which has served the club faithfully since 1888.

The away kit has seen Nike’s artistic licence roam free… 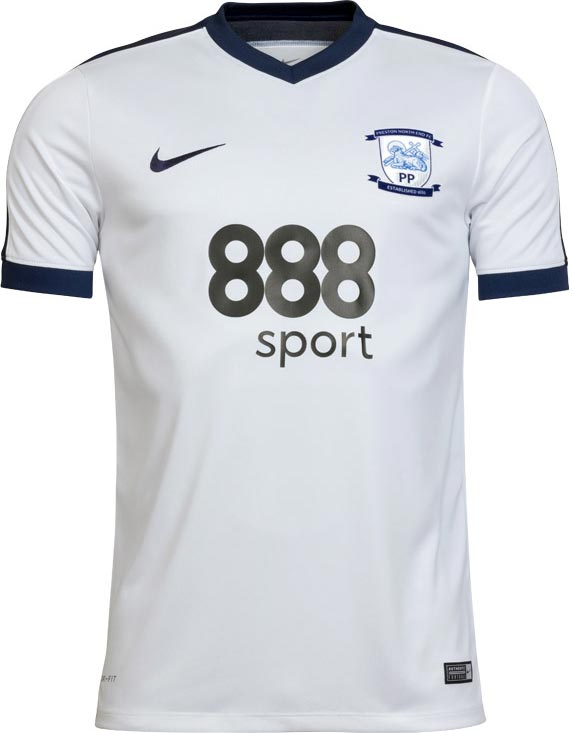 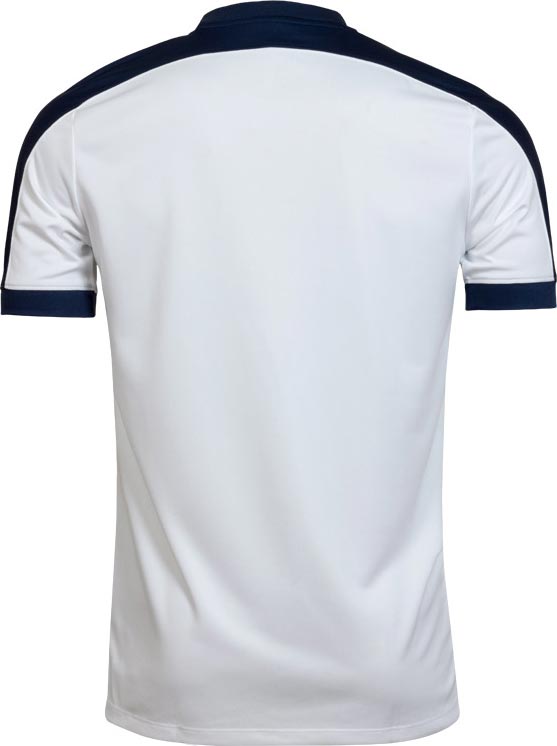 A rounded V-neck collar feeds stripes across each shoulder which lead to the sleeve cuffs in a harmonious journey from the left side of the shirt to the right.

The remainder of the shirt has minimal adornments. The Nike Swoosh and Preston North End club crest sit on each breast above the logo of primary shirt sponsor, 888 Sport.

The Preston North End away kit for 2016/17 made its debut in the recent friendly with Chorley. 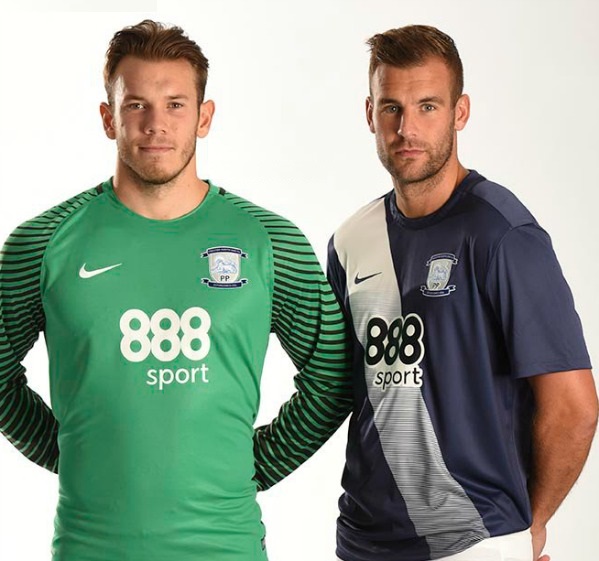 The blue shirt features a white sash which travels from the right shoulder to left hem. Within the sash is a series of gradiented blue horizontal stripes, getting darker at the bottom of the shirt.

The shorts are white whilst the socks are the same blue as the shirt’s base colour, completing a stylish kit for the Lilywhites to wear on their travels.

For both home and away games, Nike has provided the goalkeepers with all-green kits. The sleeves feature narrow navy blue stripes whilst around the collar is a thin blue band.