Paris St Germain, Ligue Un champions once again, wore their 2016/17 home kit in an emotional night at the Parc des Princes in the 4 – o win over Nantes.

Bidding farewell to the irrepressible Zlatan Ibrahimovic ensures that this kit will be fondly remembered by Les Parisiens. The Swede’s record of 154 goals in 179 matches is unlikely to be bettered by his successors, with the Coupe de France against Marseille next Saturday. Two goals against Nantes in the 17th and 89th minutes were the perfect send-off for a club legend.

Undoubtedly the star of the evening, the new 2016/17 kit was almost forgotten. 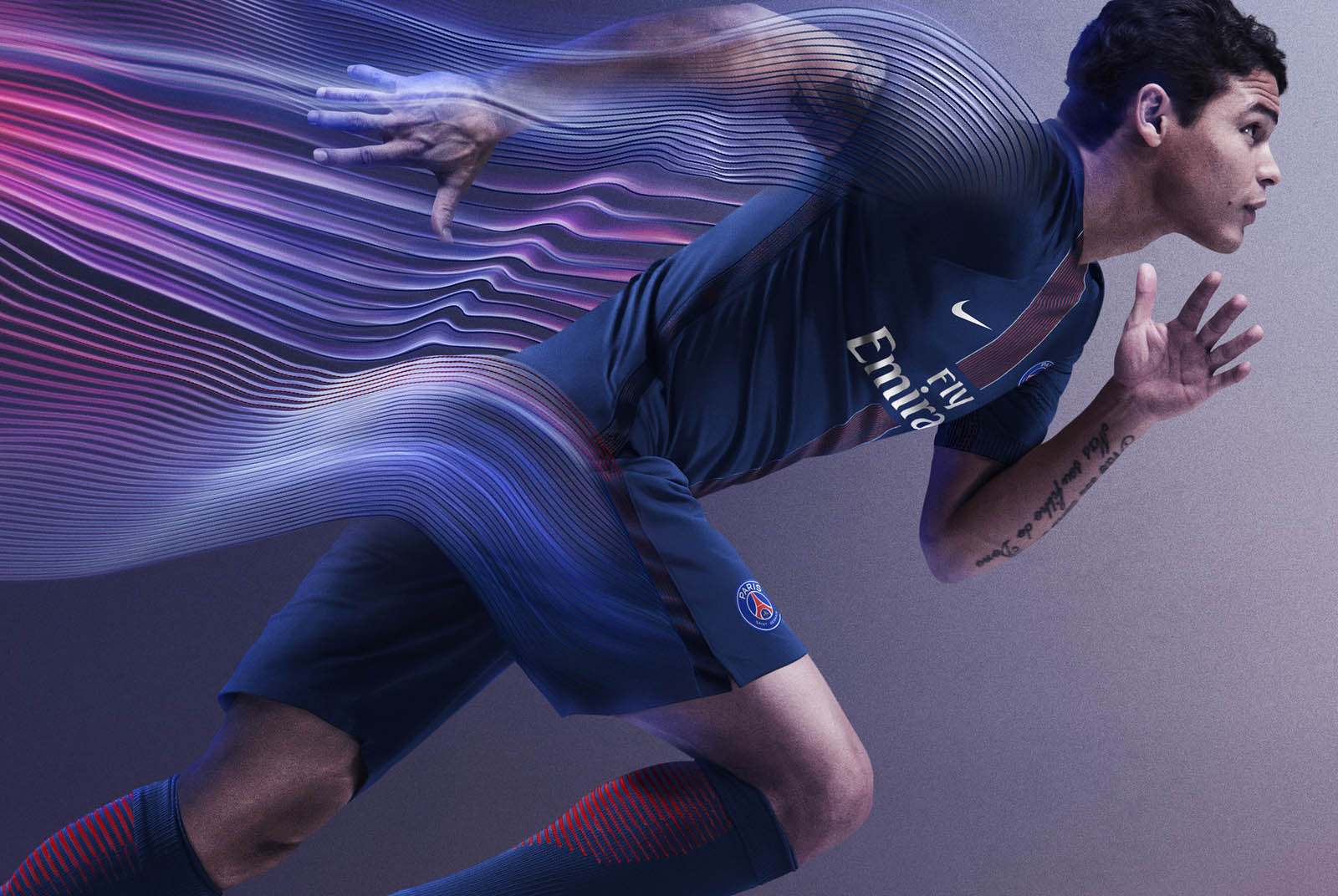 Nike have kept the design faithful to PSG’s history, adding a modern twist to the central red stripe. Instead of one thick band, there is a series of red pinstripes, nesting in the v-shape of the collar and guarded either side by a single white stripe. 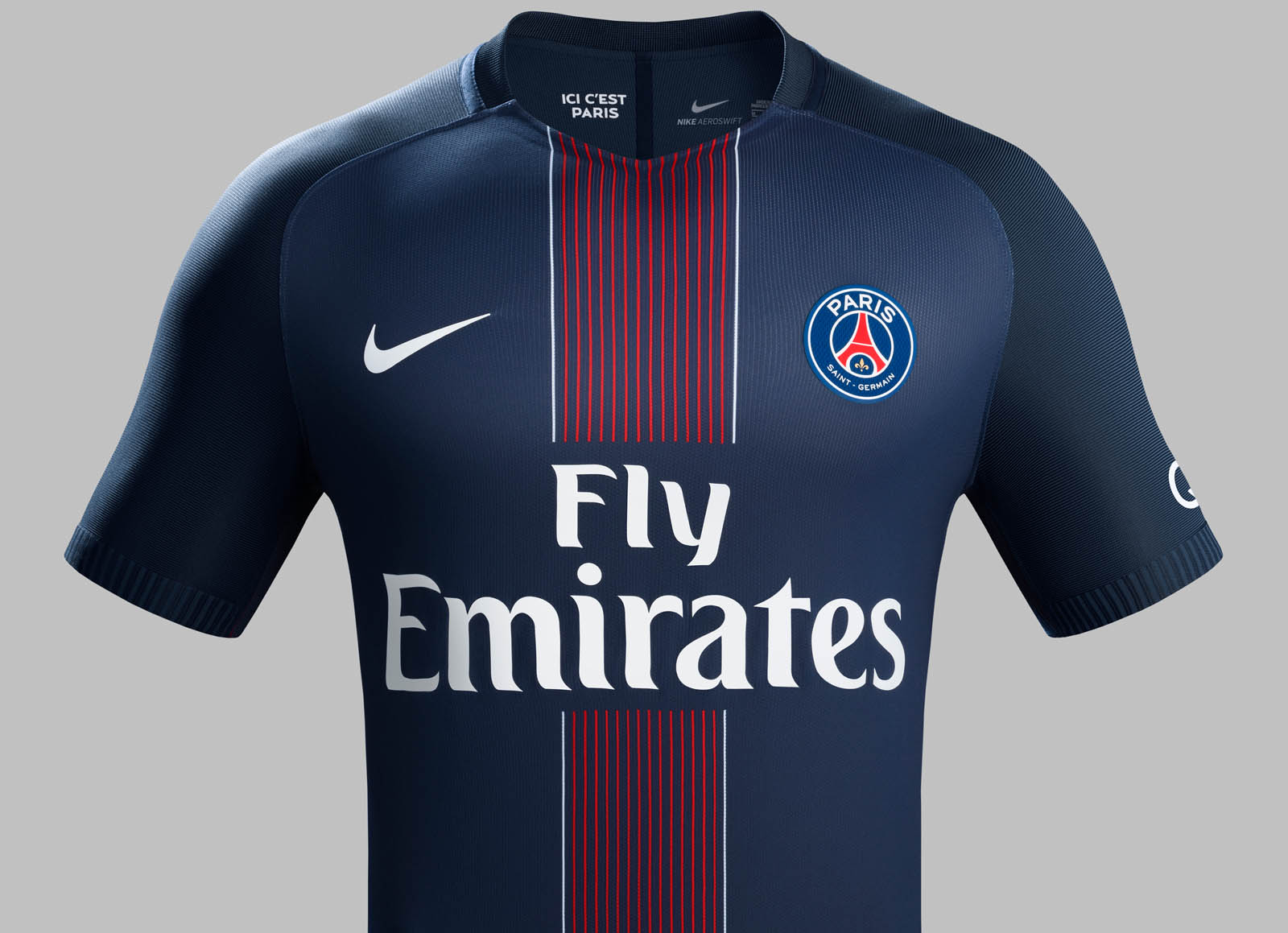 The reverse of the shirt is plain and with blue shorts and socks, Nike have come up with a stunningly simple look as the French champions seek to conquer the fields of France and Europe without their talismanic striker. 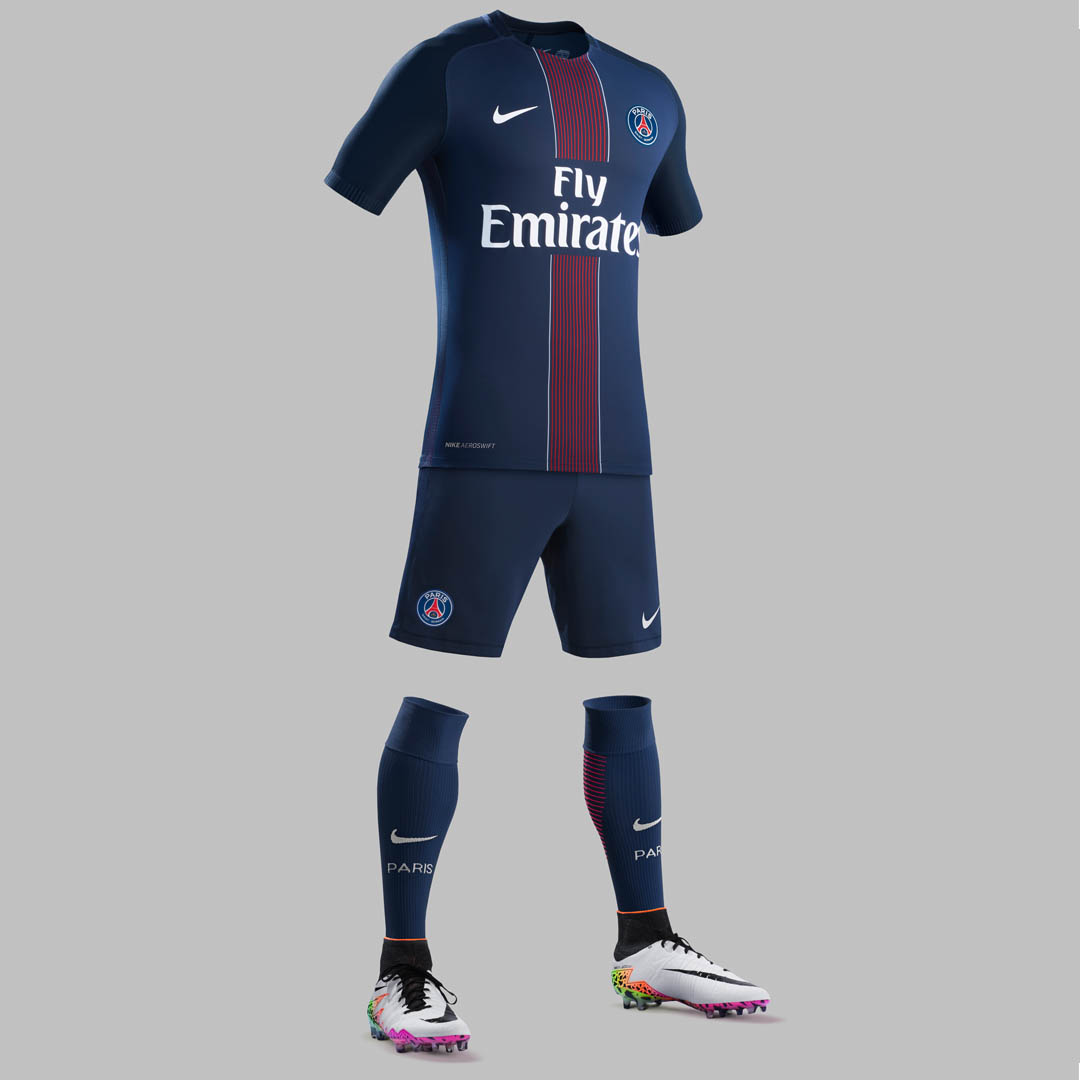 But there’s only one way to sign off on days such as these, with the man himself is full pose with the new kit, in front of his adoring public.