Puma has released a new colourway for the evoPOWER 1.3 boot silo. Worn by the likes of Arsenal and France striker Olivier Giroud, the boots offer a striking and eye-catching design. New signing Christian Fuchs of Leicester City will also be one of the first to win these boots in coming weeks. 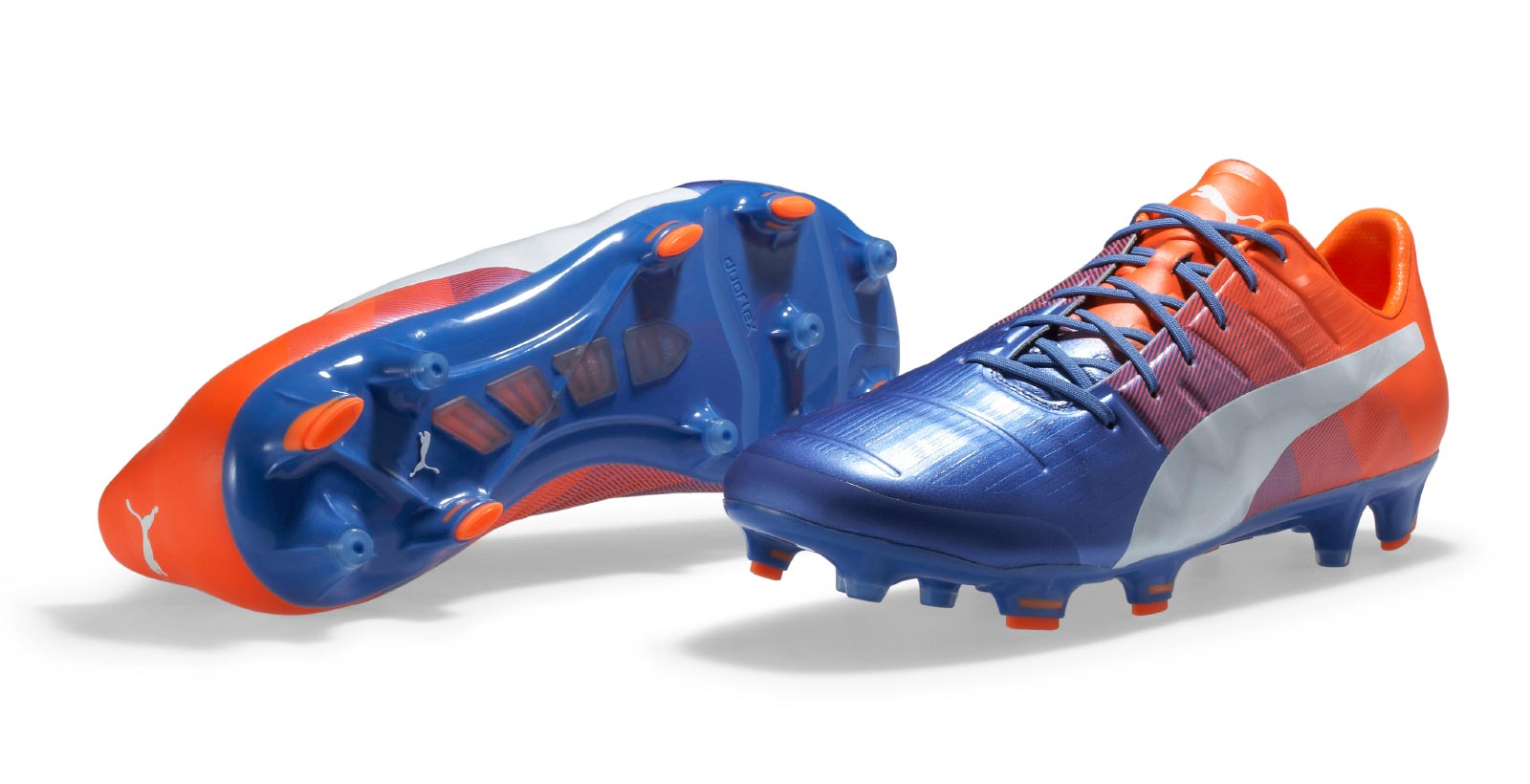 This is the Puma evoPOWER boot with the new colourway:

The front of the boot is blue – ‘Blue Lemonade’ in Puma-speak – merging into an orange – ‘Orange Clownfish’ – at the heel. The mid-boot has the two colours running through the spectrum to come to a clean orange from the blue.

It looks a little messy. It’s as if it were from a child’s painting on an easel where the ‘artist’ has been given free range with the palette.

The outer deals with the phasing of the colour a little better, largely due to the white Formstripe.

Puma hasn’t upgraded the boot technology so the AdapLite upper returns with its flexibility allowing for the natural movement. The textured surface allows for the power of the shot.

The soleplate mixes the two colours again with the blades featuring orange tips. The conical studs are all-blue.

It’s a good idea but the execution of the colourway is a little bit messing. A cleaner break between the two might have been better visually.