Puma again makes the new Italy Euro 2016 Kits after the German brand and the Italian Football Federation (FIGC) extended their kit deal in March 2015. Puma will produce the Italy Kits at least until the next decade.

The Italy Euro 2016 Shirt features a classic Polo collar with golden details, while the inside of the neckline reads “Tradizione” (tradition). A blue stripe with gold trim is running down the sleeves of the new Italy Euro 2016 Away Jersey. 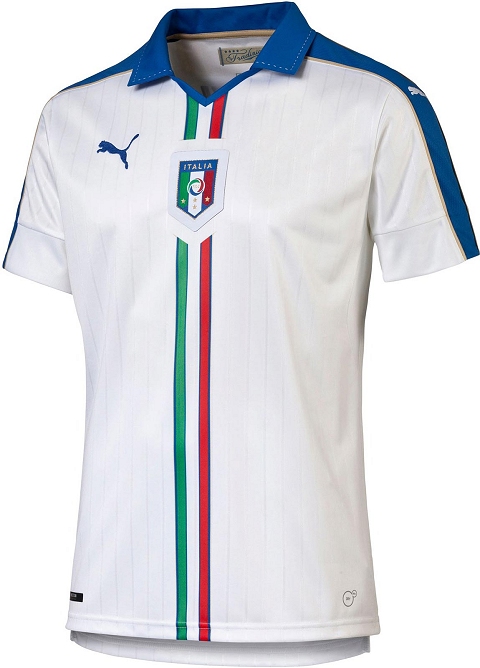 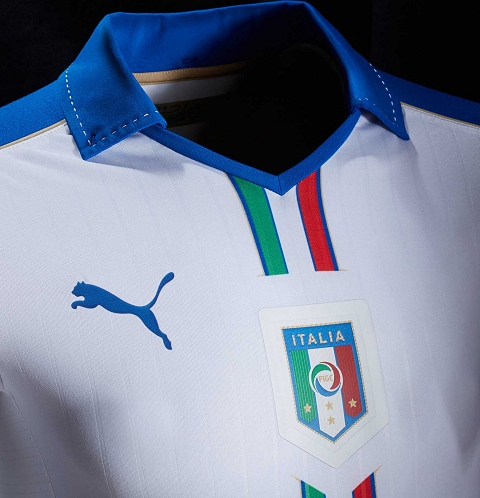