Puma and the Italy national team have just launched the understated new Italy Euro 2016 Home Kit. It’s set to be debuted in the international friendly against Belgium and subsequently be worn by the team in France next summer.

Made by Puma, the Italy 2016 Home Shirt boasts a smart and clean design, contrasting the previously launched Italy Euro 2016 Away Kit. Compared to the last few Italy Jerseys, the new Italy Euro 2016 Kit features a lighter shade of blue for the base, which is combined with gold details.

The new Italy Kit comes with a standard crew neck, while the front and sleeves feature jacquard-printed pinstripes. Golden details are present in the form of thin lines running down the sleeves as well as trim on the inside of the collar. 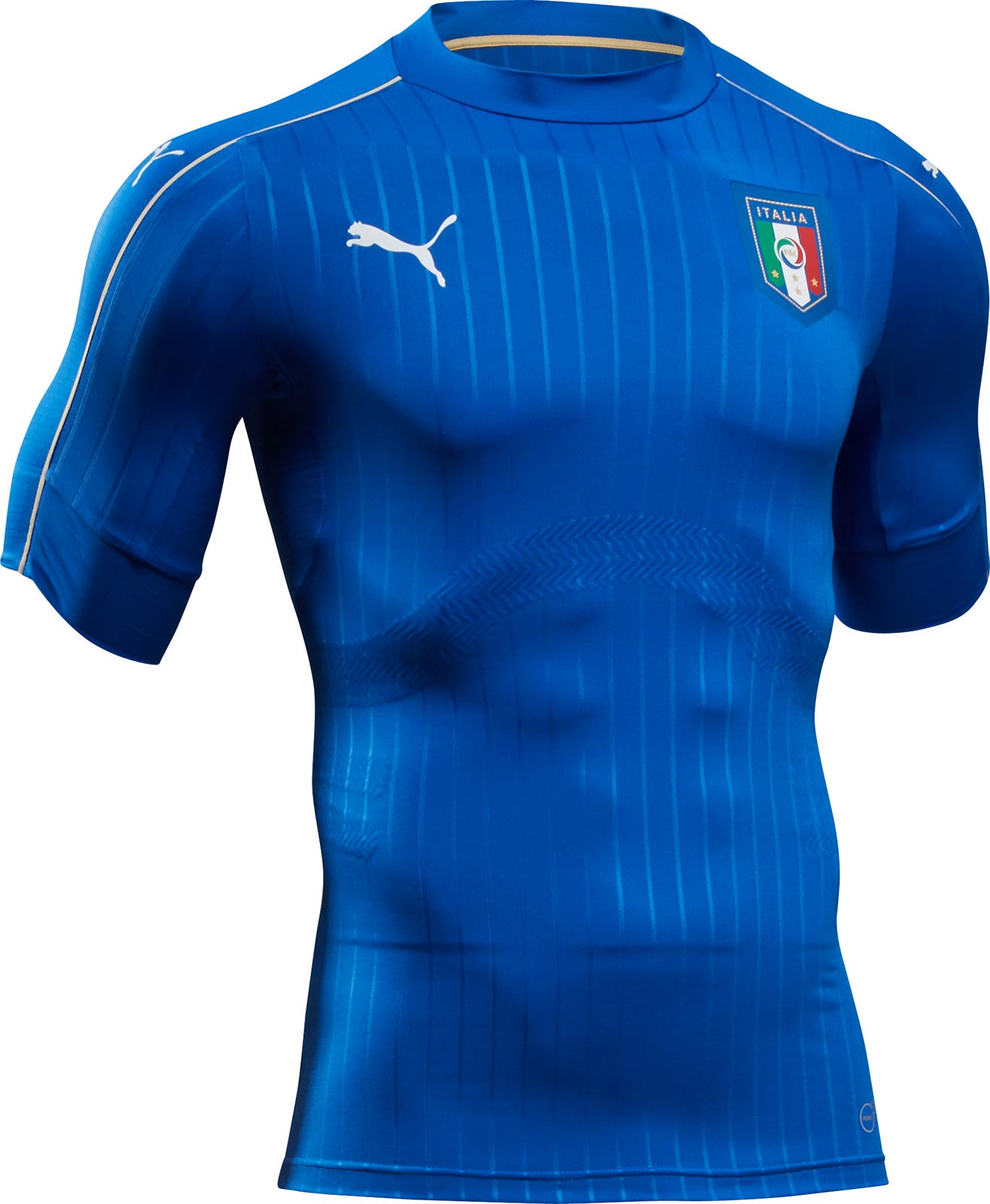