However, Suarez and co. will get their first taste of action in their new kit later this month during their 2018 World Cup qualifiers.

Keeping the same tone as all of Puma’s Euro Kits, the sky blue design is very simple and understated and keeps in line with the tradition of the country and its flag. The rounded collar and bold black stripe on both sleeves make this Uruguay home shirt feel classy. 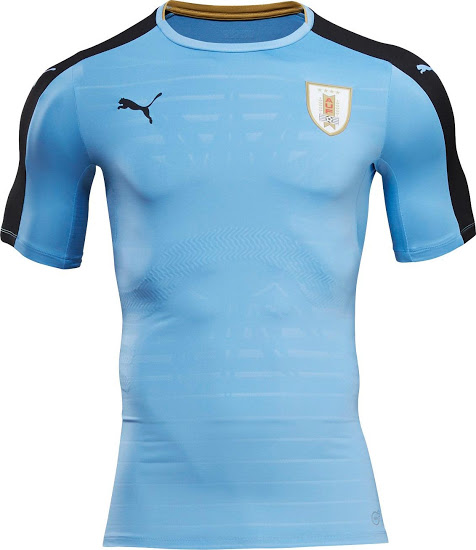 Now can they make their mark in the Copa Centenario?

Do you like the new Puma Uruguay 2016 Copa America jersey?