Puma and Querétaro FC have unveiled a classy new jersey to commemorate the 65th anniversary of the club’s foundation in 1950. The new Queretaro shirt was presented by important former players of the club at its last Liga MX home match.

Fusing modern football kit technology with the classic style and symbols of the early years of Querétaro FC, the Puma Queretaro 65th Anniversary kit is dark blue and comes with an emblematic ‘Q’, stitched on and worn just like in the 1950s.

Many more little details were added by Puma to commemorate this special occasion, such as a text reading “July 8, 1950, a date that is etched in the history of Mexican football as Queretaro proudly joins the national professional football.”

A two-color band runs down in the center of the shirt, combined with dark pinstripes and a special material effect replicating the look of classic football jerseys.

The new Queretaro special kit is available to purchase and fittingly limited to 1950 pieces. 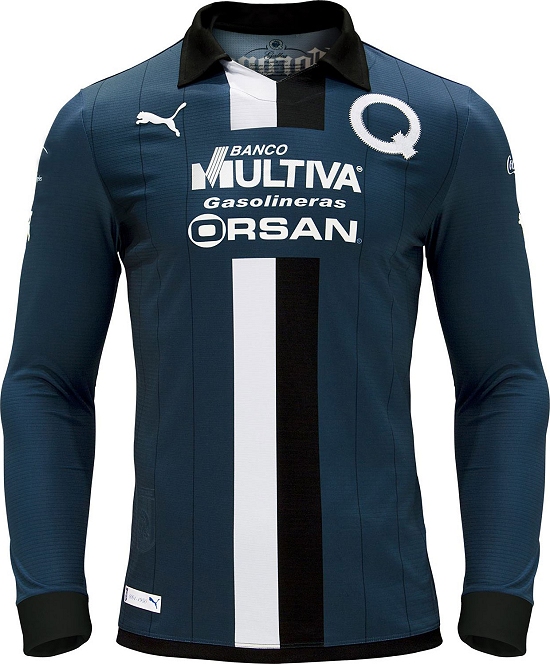