Los Periquitos – the Budgerigars – so named because of their bright yellow shirts worn after the club’s foundation, have become Blanquiazules – the white and blue. Kit manufacturer, Joma, hasn’t changed the now-traditional stripes but has given the Espanyol shirts a modern makeover. 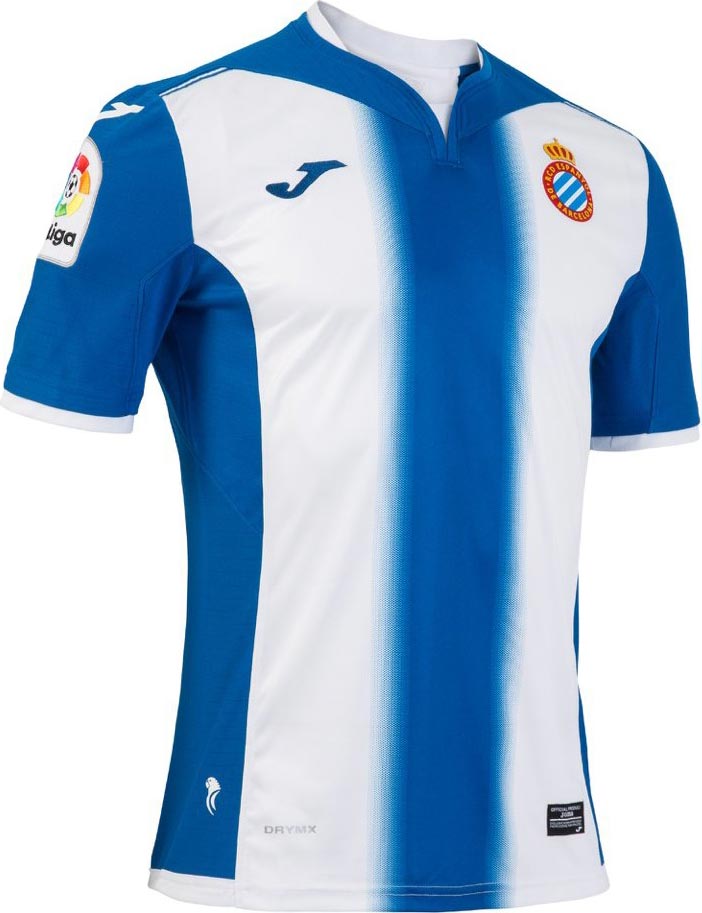 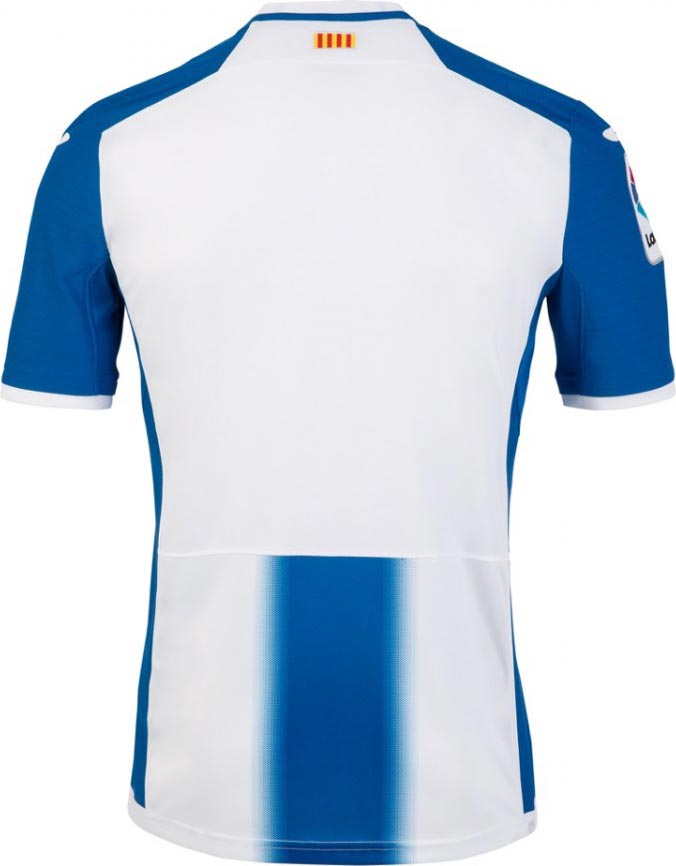 Across the front and back of the shirt are four blue and white stripes. The two at either side were solid, leading into blue sleeves and shoulder panels. The intertwined design sees the blue neckline lead into a central blue stripe down the front and back, featuring faded edges.

The collar is white, rising from the y-shape blue neckline. On the inside of the back of the collar, as well as embossed on the shirt sleeve cuffs, is the motto, “meravellosa minoria” in Catalan; “wonderful minority”, signalling both Espanyol’s status in the city and the Catalan nation as a whole.

The shorts will be the royal blue of the shirt with white socks.

This is the RCD Espanyol away kit for the coming 2016/17 season. 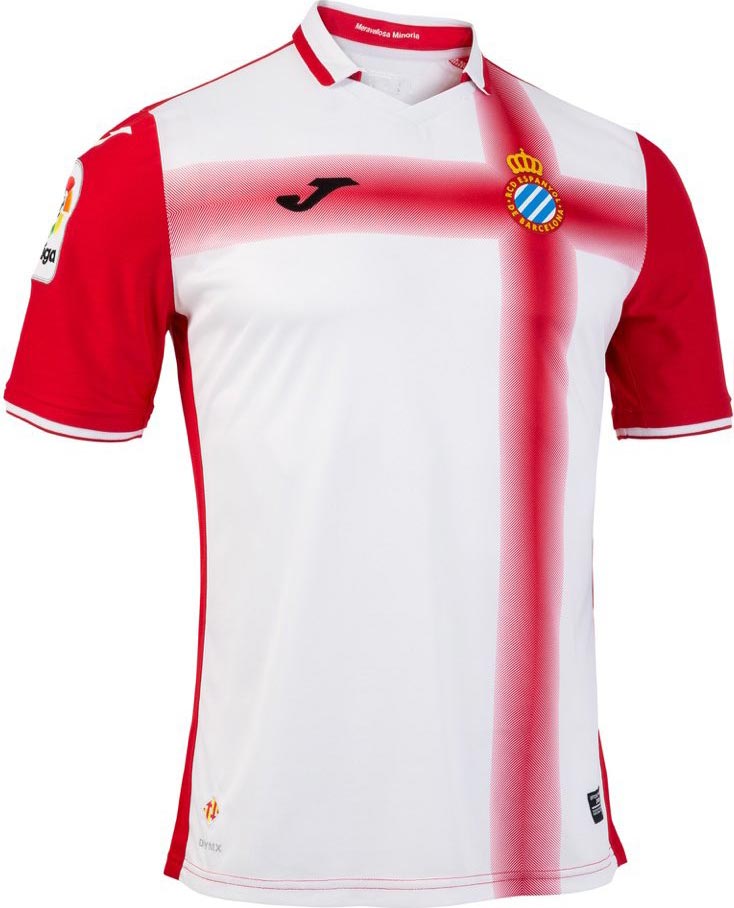 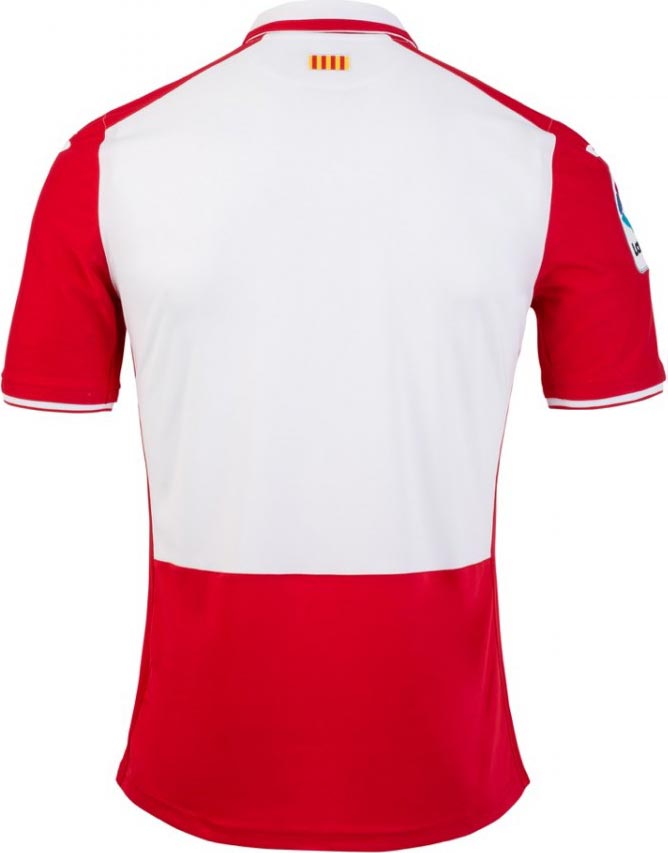 The shirt is based on the city’s flag, Creu de Sant Jordi. The shirt features a faded red cross on a white background.

Completing the front of the shirt is a white winged collar, split evenly between red and white, similar to the cuff.

On the back, there is a white panel for names and numbers with the rest of the back solid red, leading into the sleeves. On the rear of the neckline is the Catalan flag.

This is the RCD Espanyol third shirt to be worn occasionally during the 2016/17 season. 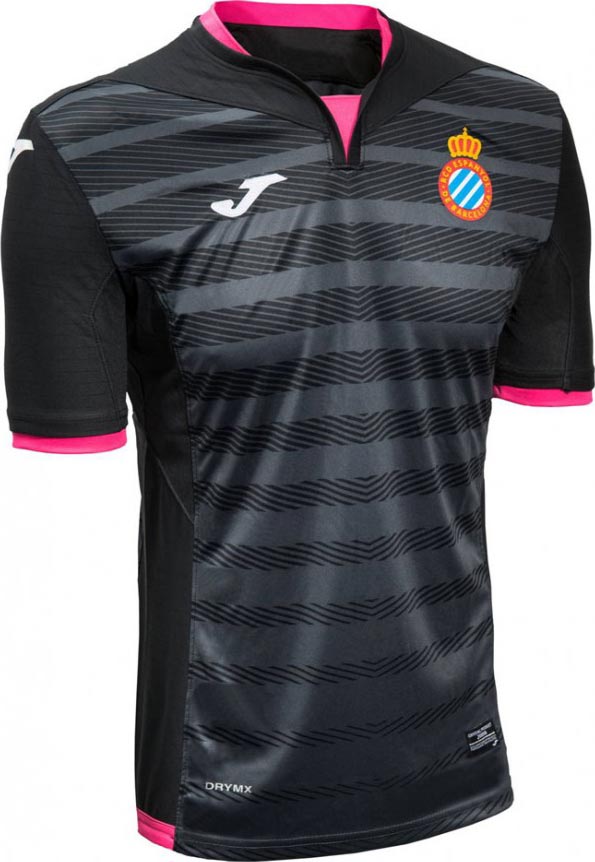 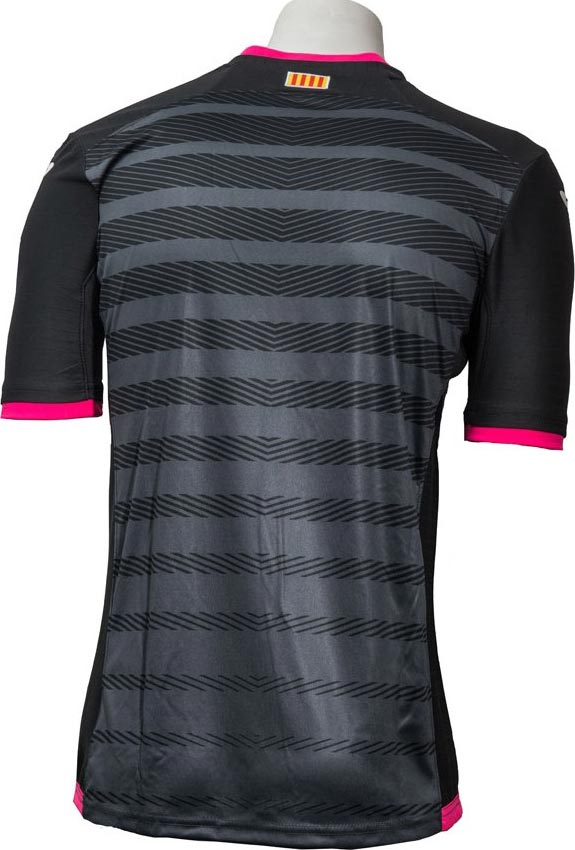 Predominantly black, the front and back of the body feature tonal black hoops set against a dark charcoal / light black background. The horitzonal bands feature chevrons for added effect.

The sleeves are solid black, leading into similarly coloured side panels which also lead into a y-shape neckline. Rising from that is a pink collar with the Catalan flag once more on the reverse.

A fine set of kits, with a unique look for Barcelona’s lesser lights.