Real Zaragoza unveiled their third strip for the 2016/17 season. Earlier in the summer they issued their standard blue and white home kit, accompanied by a yellow and black away kit. This one, to provide the complete contrast on the rare occasions it will be needed, is all-red.

It’s been four years since they featured in the top flight of Spanish football and have been on the fringes of the promotion race in the last two seasons. Slipping to 8th last time around, the side from Aragon will be hoping for better things this season.

At the moment, they are 8th again but level with the two teams above them on points and just four points off the automatic promotion places. Promising signs for the months ahead. 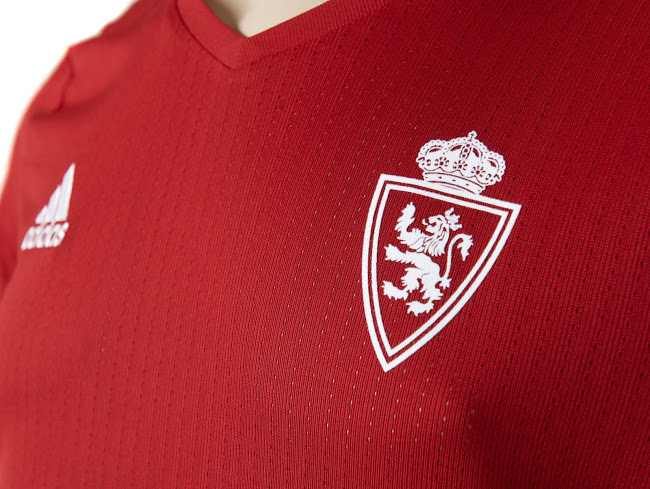 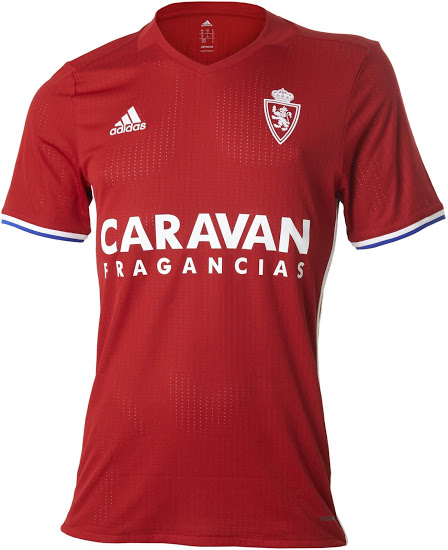 Manufactured by Adidas, the kit is a deep red, almost crimson. There are tonal mesh stripes on the shirt to improve air circulation around the body.

The straightforward design of the shirt is repeated on the shorts and socks. There is very little by way of trim or accent from Adidas, beyond their traditional Three Stripes which run down the side of the shirt to meet those of the shorts.

The socks are also red.