Red Bull Salzburg unveiled their Europa League kit this season. So far, red hasn’t proven to be their lucky colour with the 0 – 1 home defeat to Krasnodar followed by a 1 – 3 reverse in Gelsenkirchen against Schalke 04. 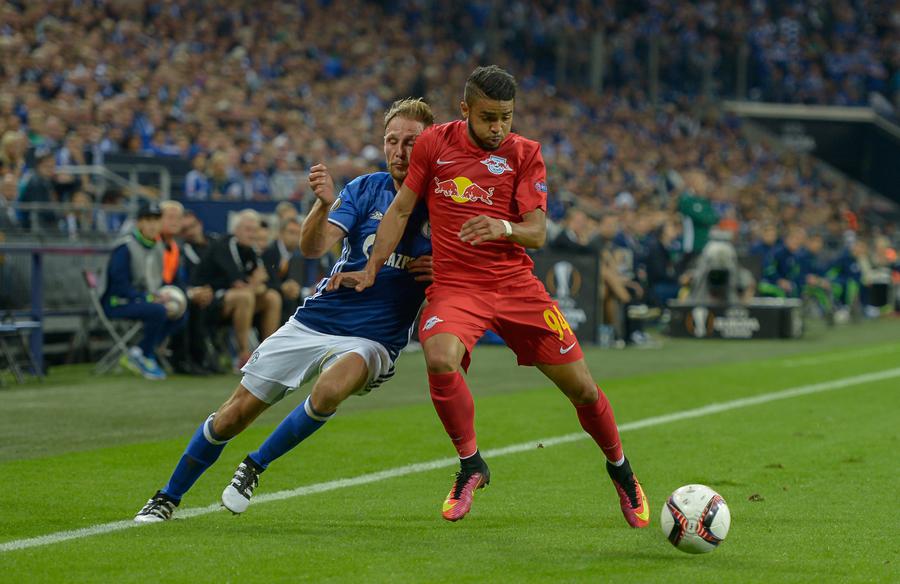 This is the Red Bull Salzburg Europa League kit to be worn during the 2016/17 season: 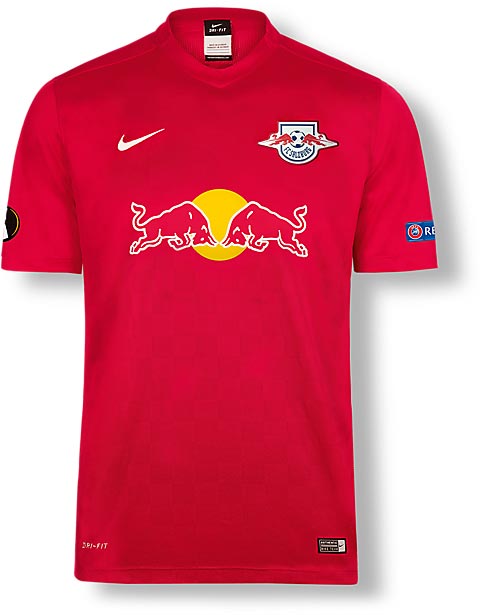 The kit from Nike is a simple all-red design. The trim is tonal red, with a curved v-neck collar and a similarly designed sleeve cuff. The Nike Swoosh and club crest are in base colour of white, with the crest featuring red bulls.

Across the chest, the same bulls meet on a yellow sun as part of the club’s sponsorship deal with the owners, Red Bull.

The sleeves feature a Respect tag on the left arm and the UEFA Europa League logo on the right. 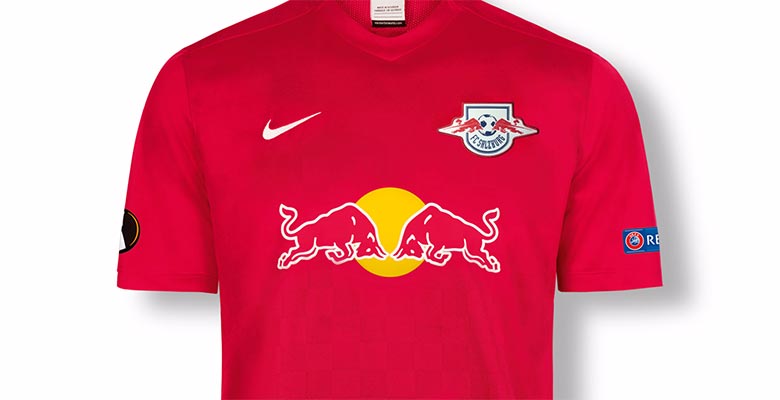 The shorts and socks are both all-red with yellow numbering and white logos.

The usual away kit of blue shirts with yellow shorts will not be used unless there is a colour clash with their opponents. 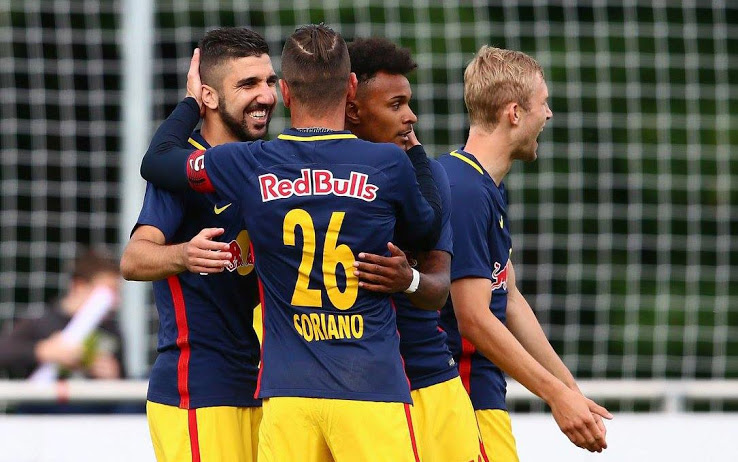 Red Bull’s usual away shirt features the familiar yellow band around the collar with a red band down the side of the shirt. It meets with a similar pattern on the yellow shorts.