Red Star FC, formed in 1897, celebrate their 120th anniversary this year but are not France’s oldest club. Le Harve, founded 25 years earlier, only began playing Association Football in 1894 which lessens the gap between the two clubs.

However, it doesn’t matter who did what; it’s just a birthday suit. 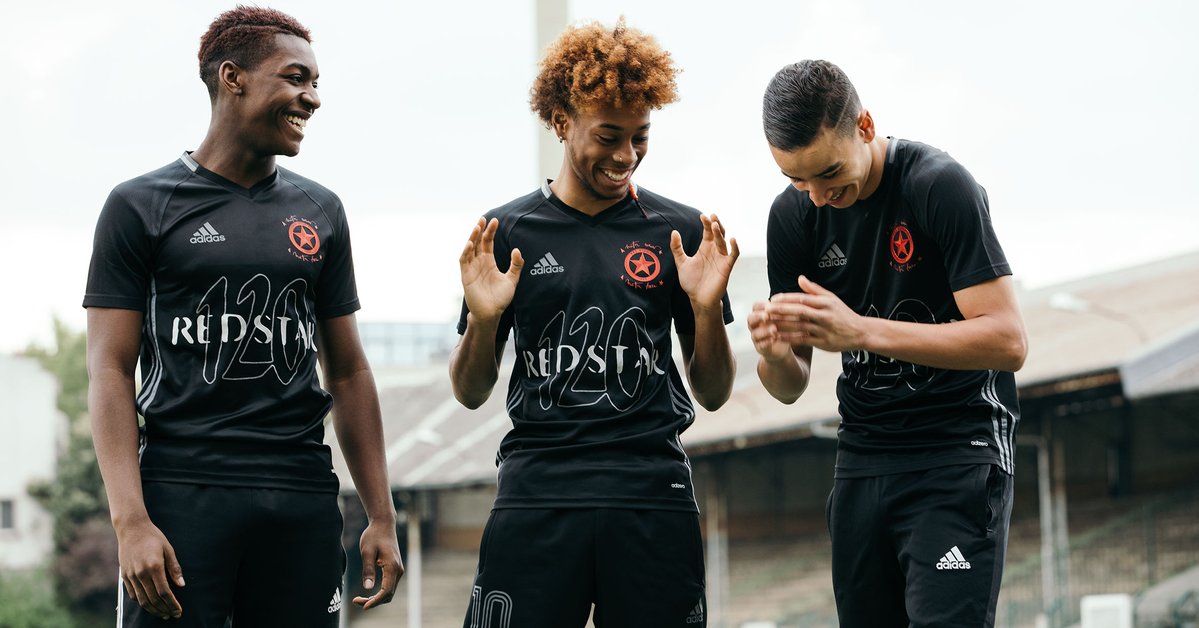 The best present is avoiding relegation from Ligue 2. Red Star sit second bottom, with three games to go. Their immediate future, at best, is the play-offs.

In the meantime, there’s the small matter of a stylish celebration kit they recently released.

This is the Red Star anniversary kit: 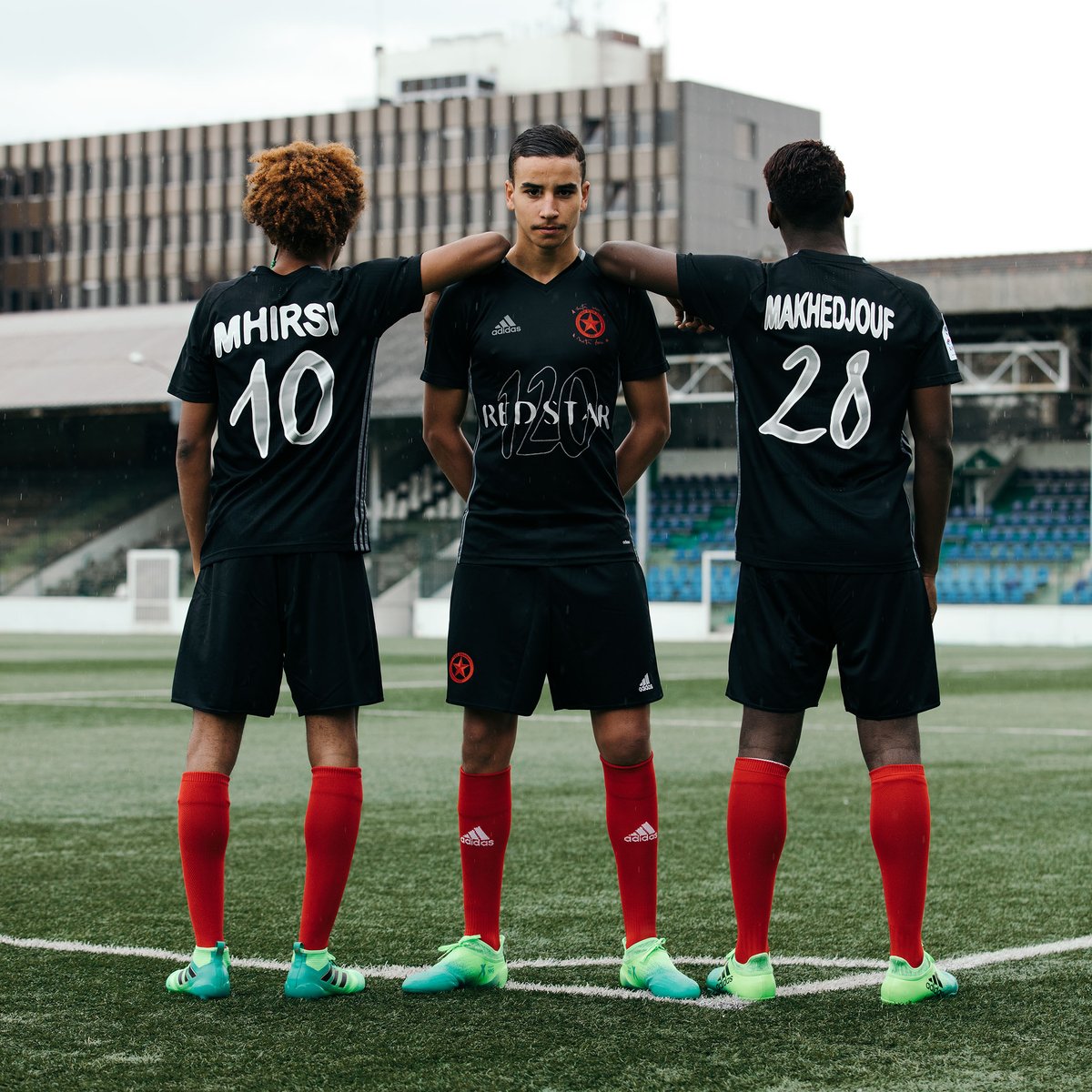 A founding member of Ligue Un – albeit relegated at the end of that season – their history has been chequered since, with just 19 seasons in the top flight. However, Le Championnat National is a familiar stomping ground; they were champions in 2014/15. 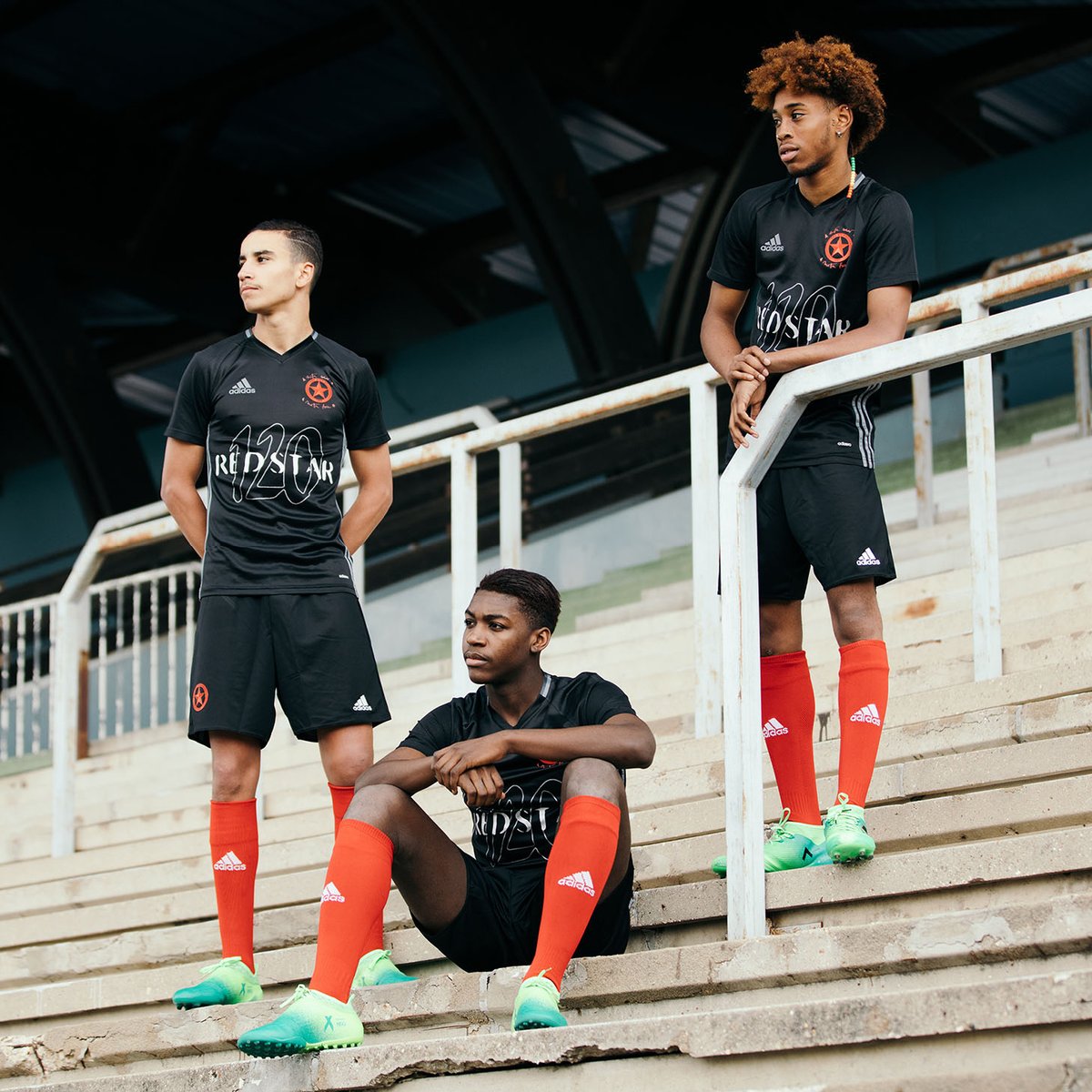 Adidas’ bespoke design is stylish, with a black base colour. Incorporating grey and white as well, “Red Star 120” sits on the chest where sponsors name normally sit. 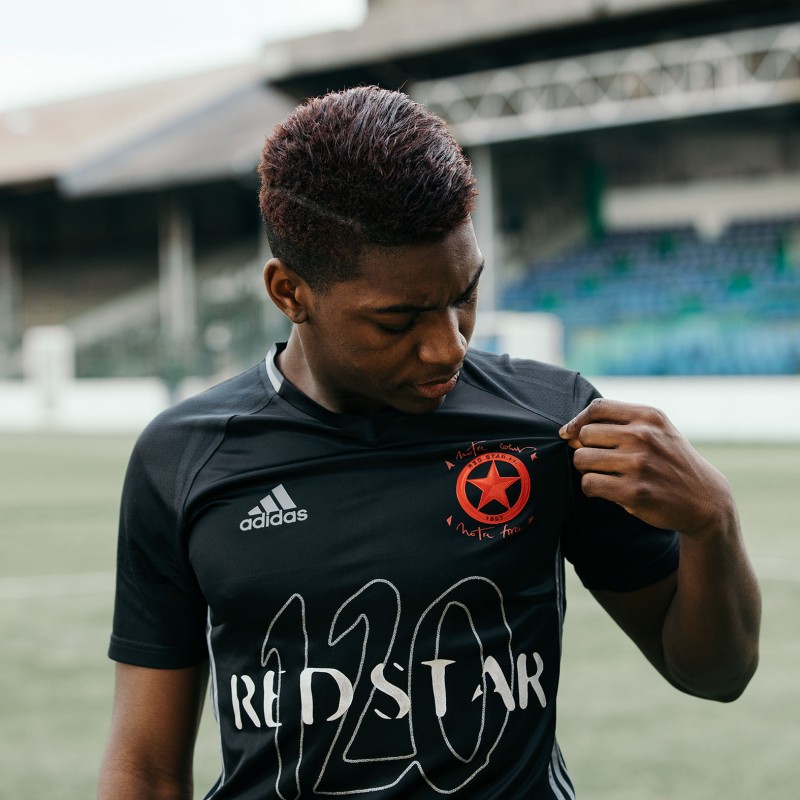 The club crest is red, a striking contrast to the black background. 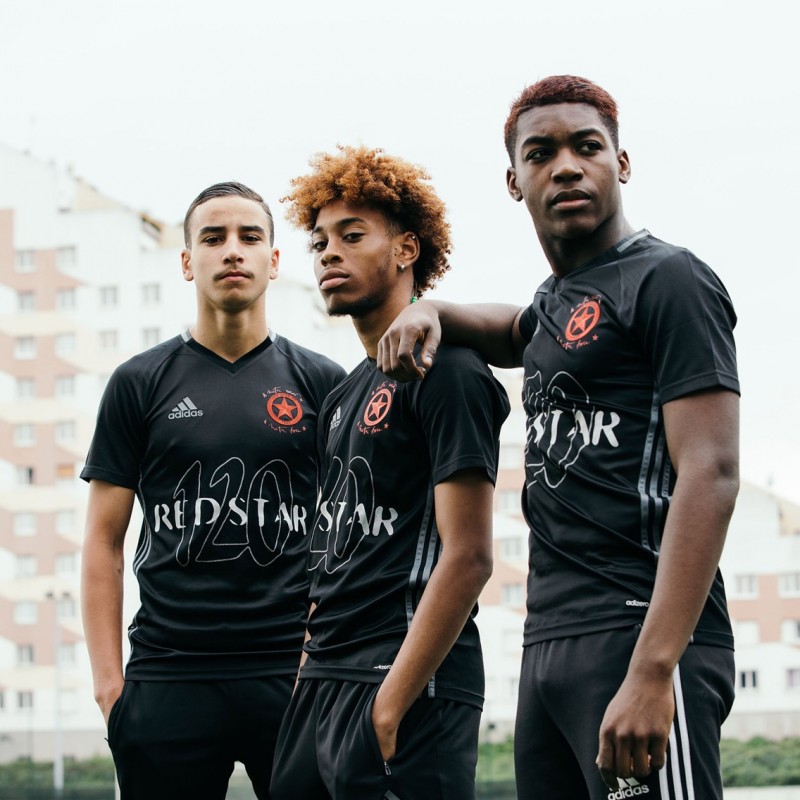 The shirt and shorts are full black while Adidas’ Three Stripes in white down the side of both. 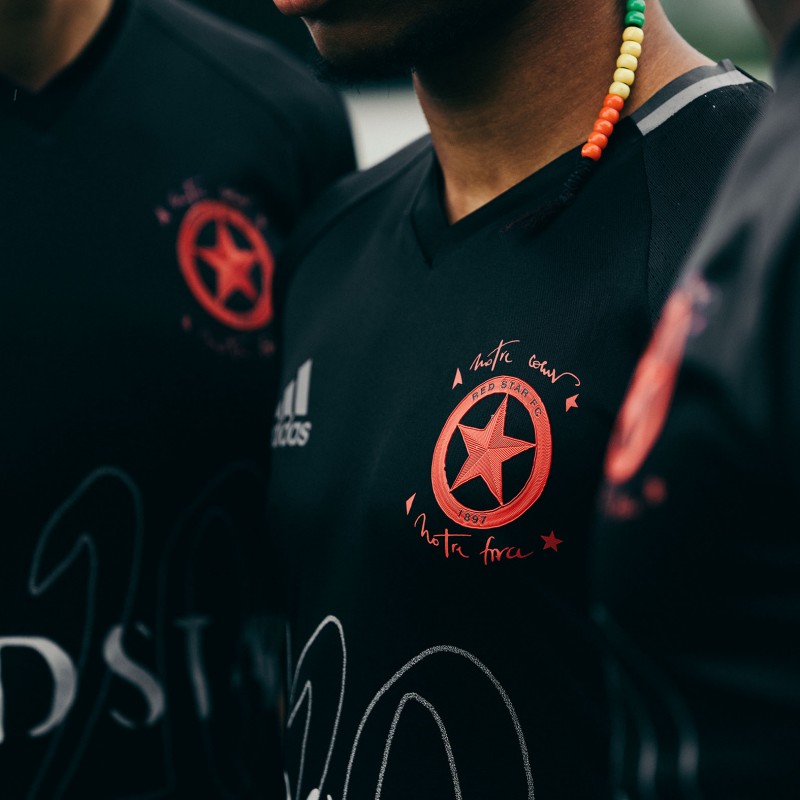 Rather than a full black design, completing the kit are red socks.

For the remainder of 2017, this will be the kit on the club uses on their travels.