The Roma Derby celebration kit will debut in next weekend’s Rome derby. Nike issues this as a complement to the three kits already issued for i Giallorossi this season. 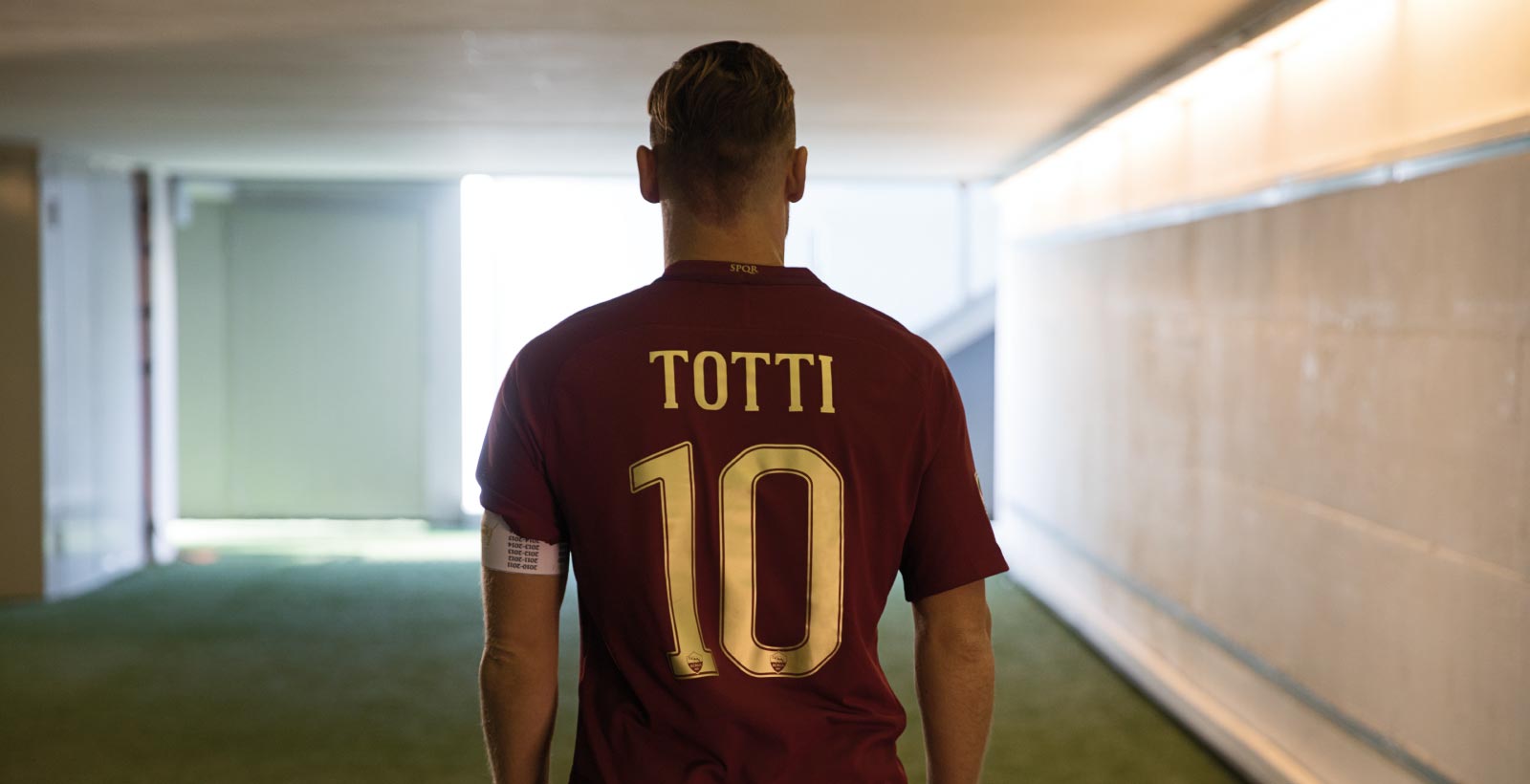 Roma are in the ascendency in Serie A, sitting 2nd with Lazio 4th. As far as the derby is concerned, Roma haven’t lost in Serie A to Lazio since 2012. With both clubs needing points to keep in touch with Juventus, a cagey affair might follow.

This is the Roma Derby kit: 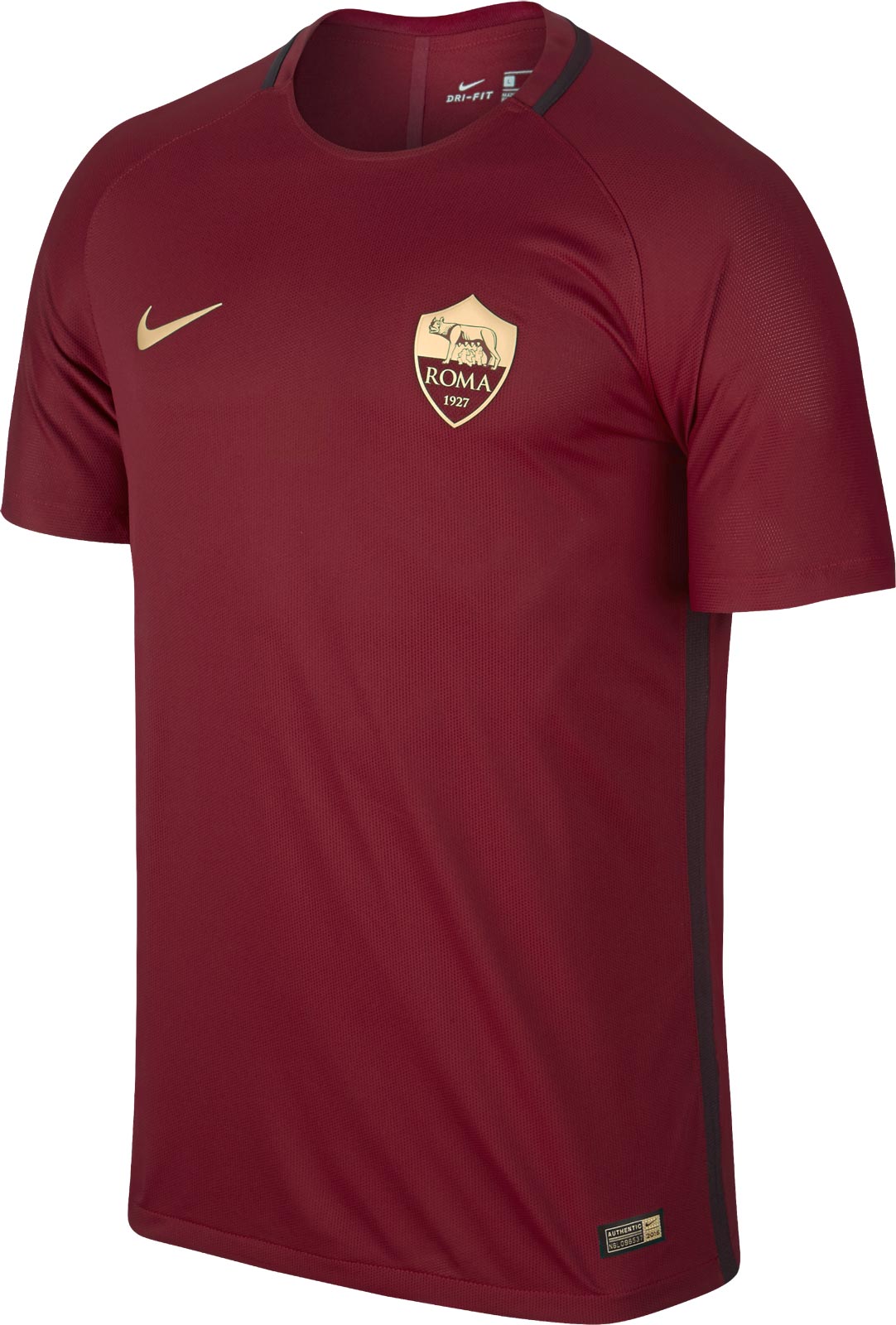 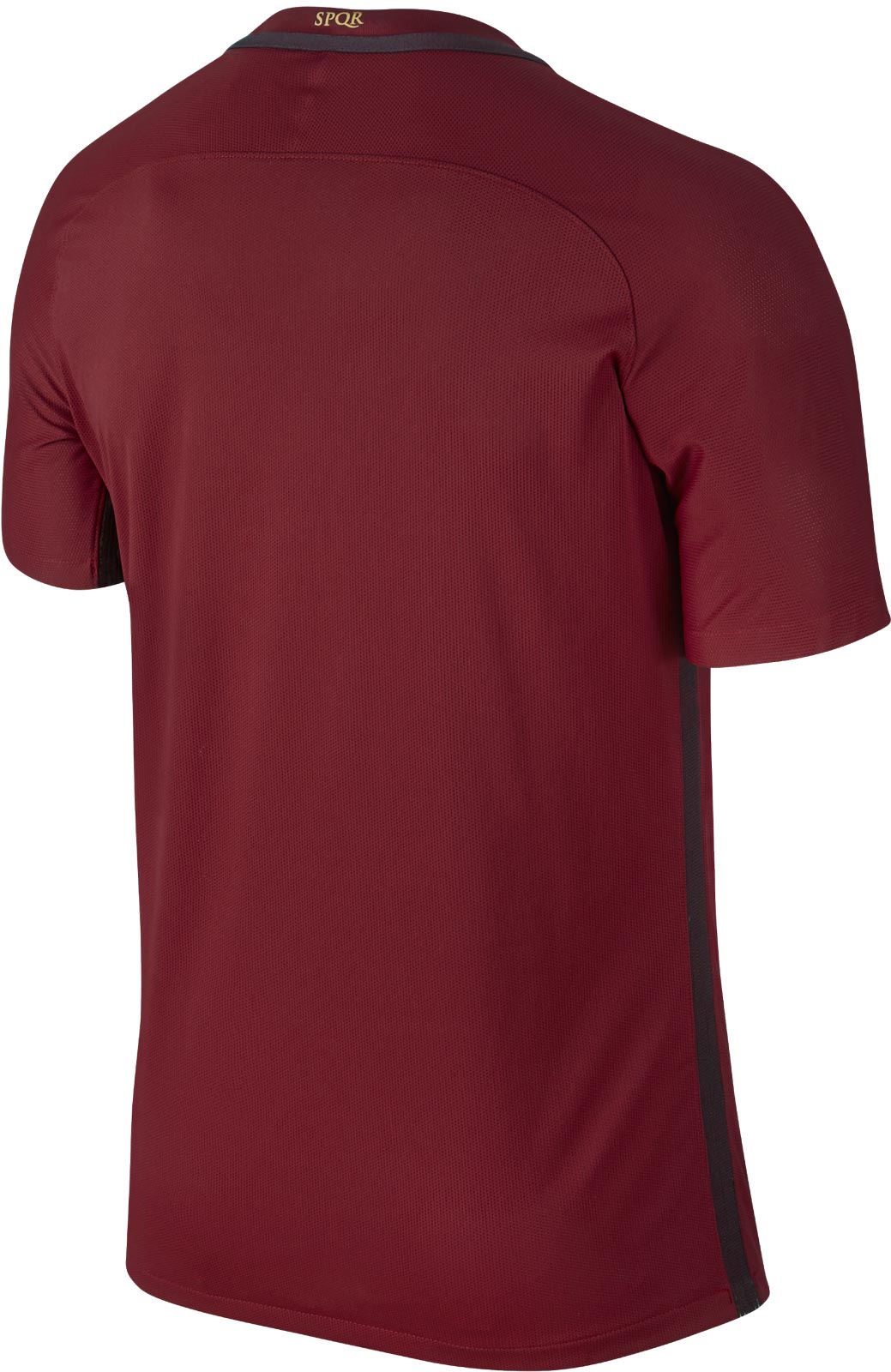 The Roma Derby kit is based on the club’s traditional colours of dark red. Without a sponsor to besmirch it, the design is timeless.

Nike’s logo and Roma’s crest feature in gold on the chest. A thin dark stripe runs down each side of the shirt. 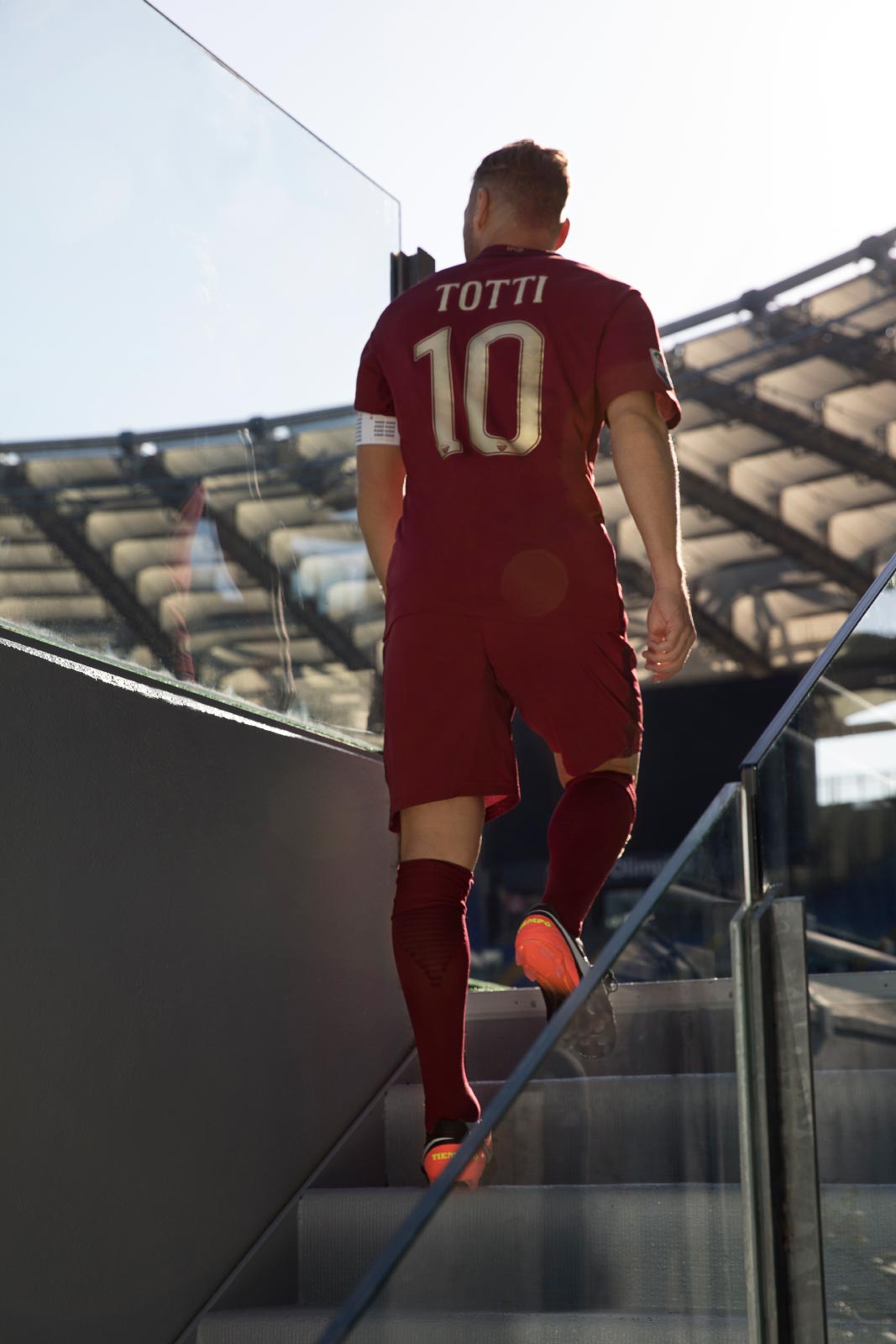 On the centre of the back of the neck is the insignia, SPQR, Latin for Senatus Populus Que Romanus, the ancient Roman Republic. The city of Rome local government still uses the lettering to this day.

Dark red shorts and socks continue the classic look of the kit. Both feature gold Nike logo and club crest. 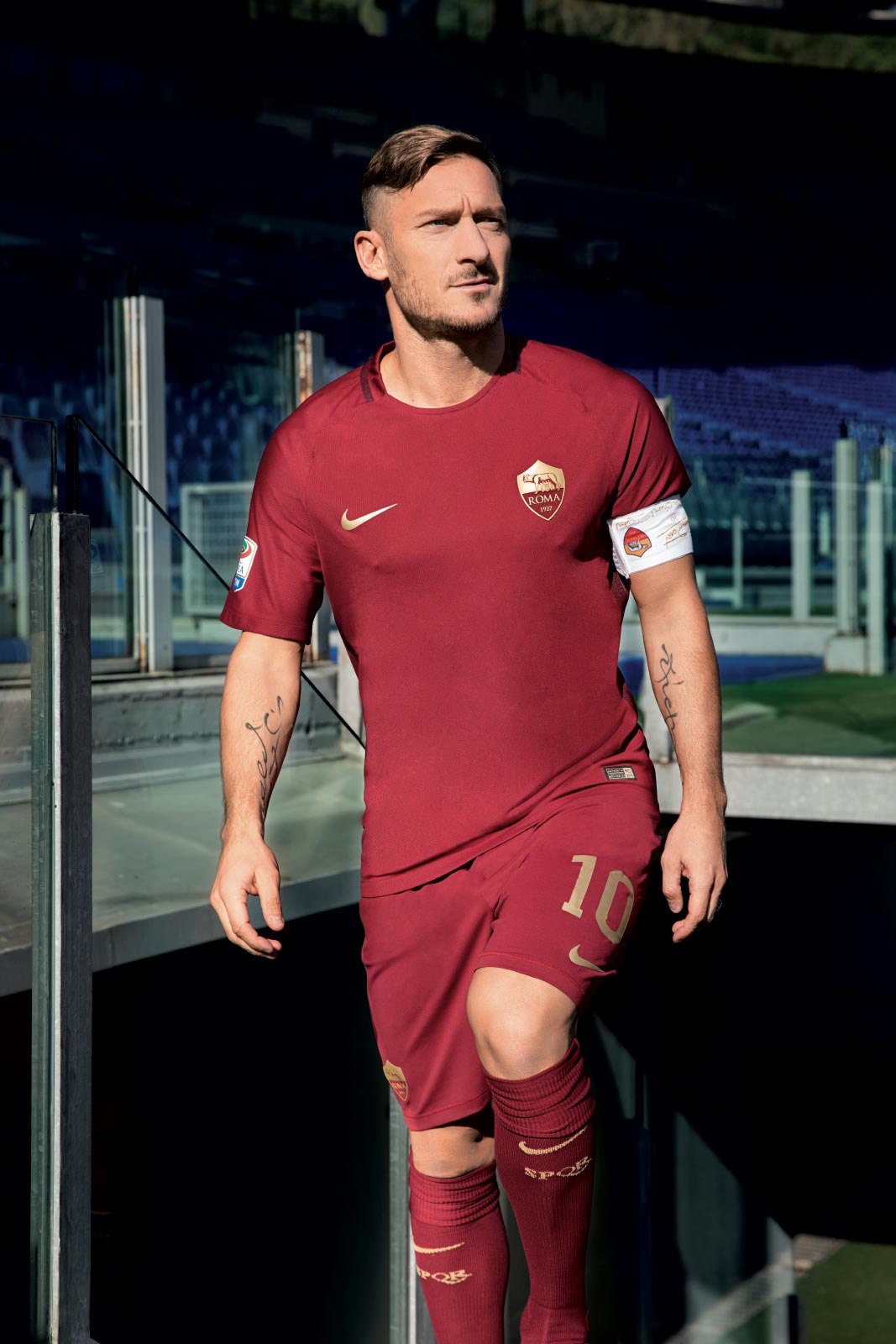 A special derby kit? There’s no doubt it will be popular with supporters if they win…