There will some relief in the Italian capital that AS Roma didn’t make the Champions League group stages.

And not just from Lazio supporters.

Unceremoniously dumped out of Europe’s premier club competition by FC Porto, Roma will participate in the Europa League. Fortunately crowds are lower with less television coverage.

Someone at the Stadio Olimpico took their eye off the ball and we don’t mean on the pitch.

Earlier in the summer, the club issued home, away and celebratory kits. They were fabulous. The third kit however, isn’t.

This is the AS Roma third kit to be worn in 2016/17. It feels like the words “but not very often if they can help it” ought to be added to the end of that sentence. 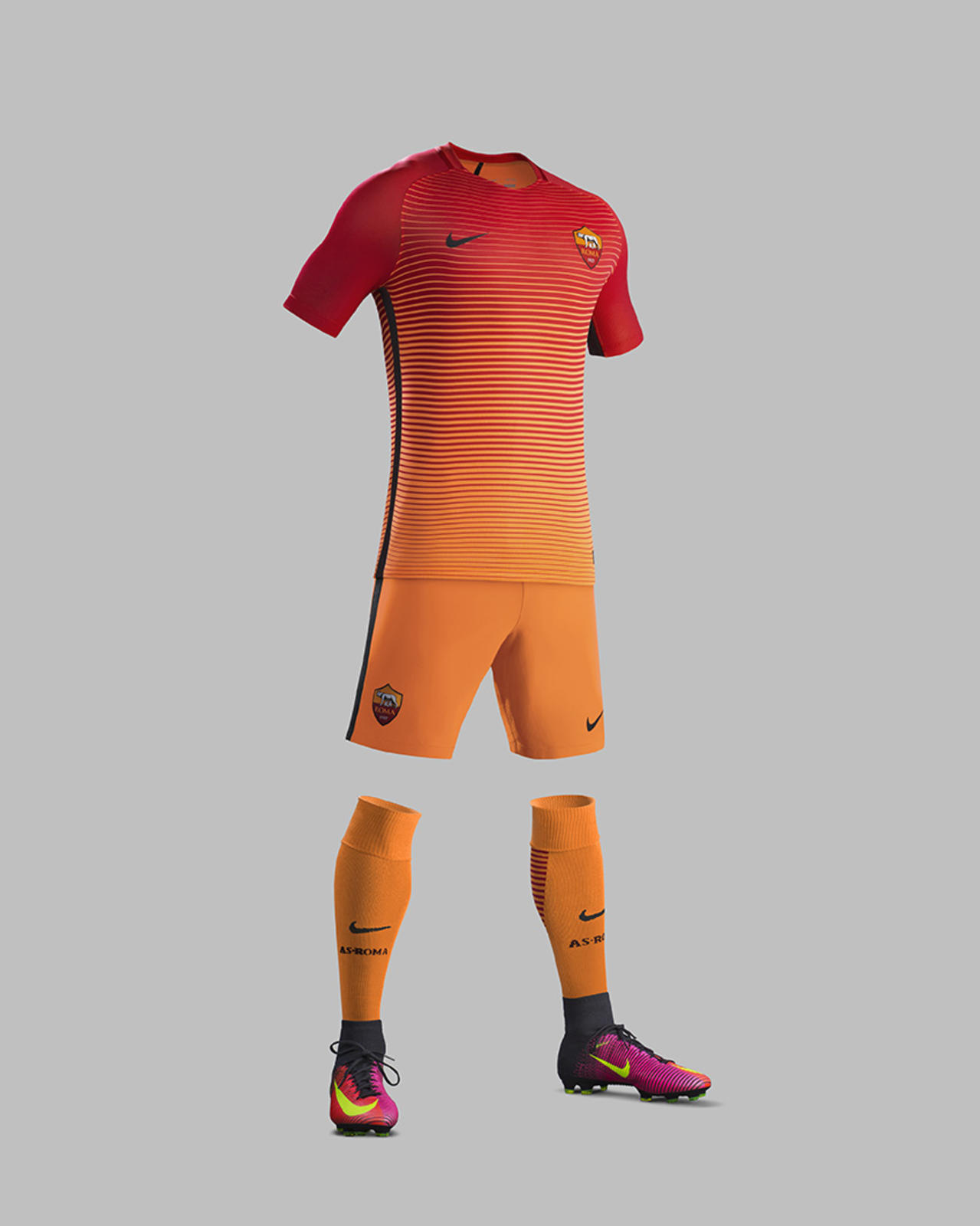 To be fair, it’s not as bad as the Inter third kit. Which isn’t saying much.

It’s certainly “bold” and “vibrant” to use Nike’s words. Each kit will probably come with a set of sunglasses for you to hand to people you are stood near so that they don’t lose the sight in the eyes.

Orange as the base colour works better than if it were red dominating the kit. As it is the darker shirt sleeves and shoulder area, fading into the lighter orange isn’t that awful a combination. The vertical stripes across the body of the shirt are still not a good idea from Nike’s design team. 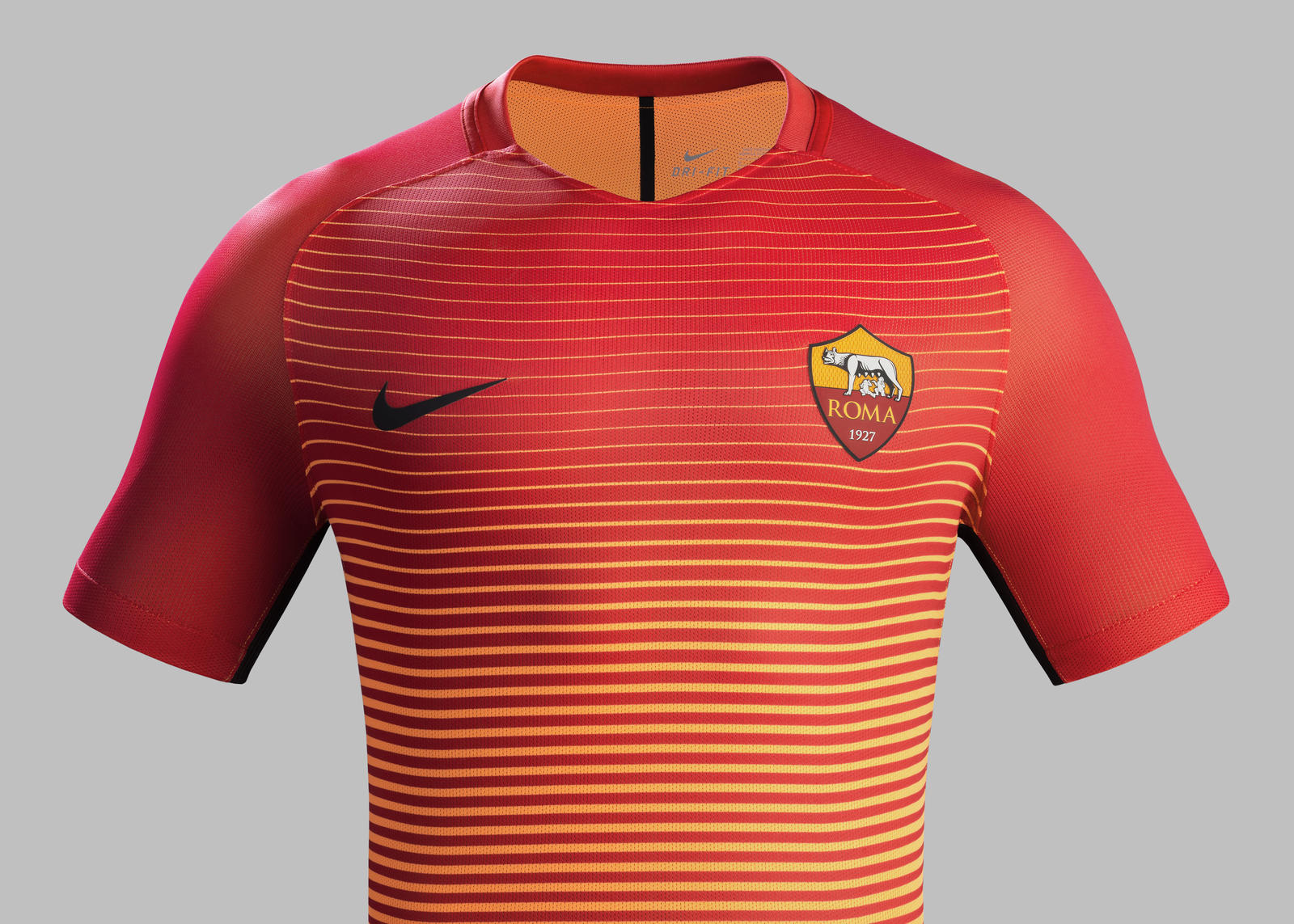 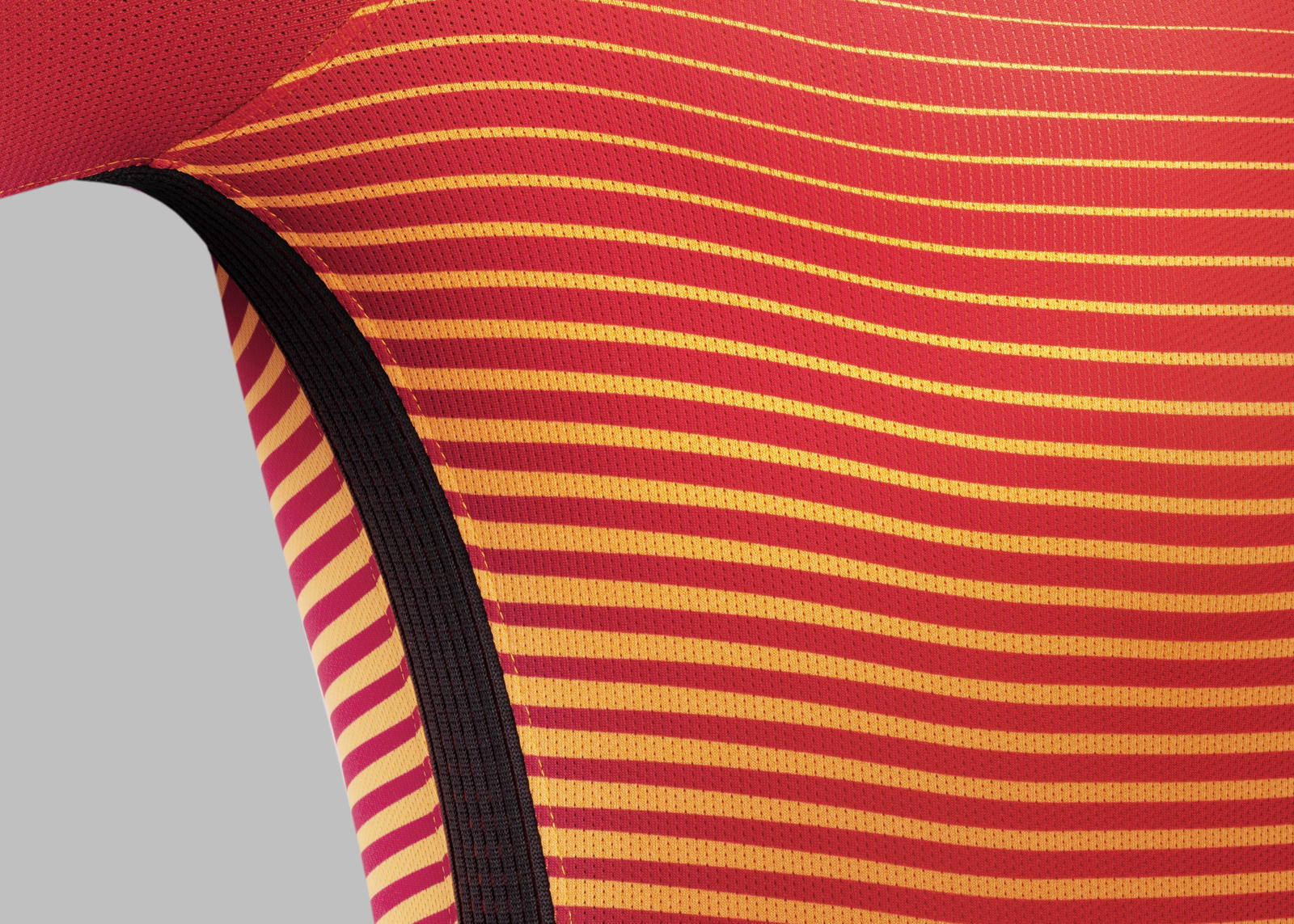 Barcelona’s third kit is rumoured to use the same template which suggests that finishing in the Champions League places in your domestic league is not good for your kit health!