Rotherham United, flirted with relegation in 2015-16, had the dubious honour of being the first English professional club to be relegated in 2016-17. The Millers dropped into League One with a record of just five wins and 23 points. 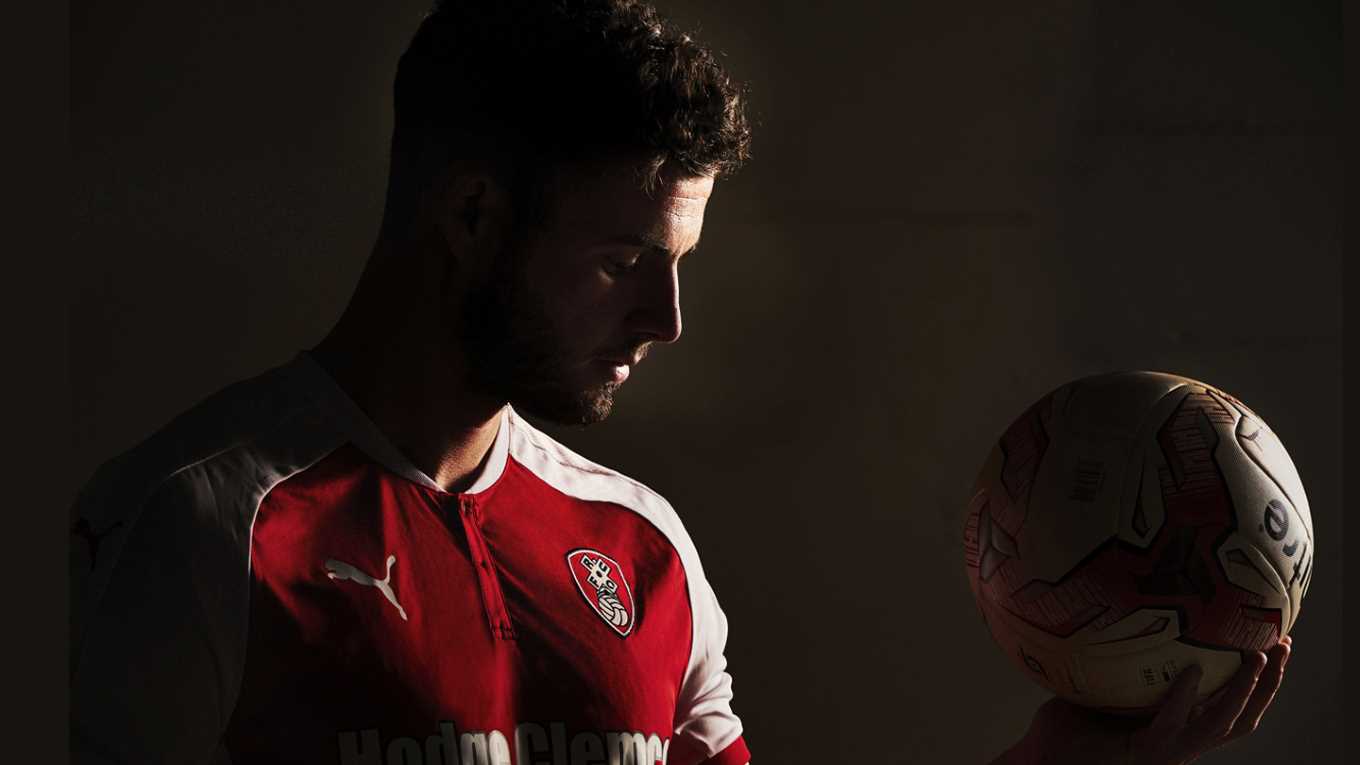 Life in League One won’t be easy but that won’t stop the Yorkshiremen giving it their best efforts. While a host of players were released at the end of the season while Semi Ajayi, Alex Bray, and Michael Ihiekwe, joined from Cardiff, Swansea and Tranmere respectively.

This is the home kit Rotherham will wear during the 2017-18 season: 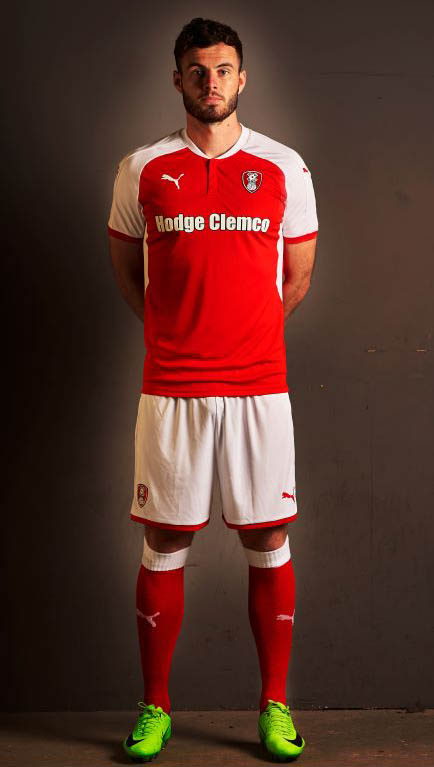 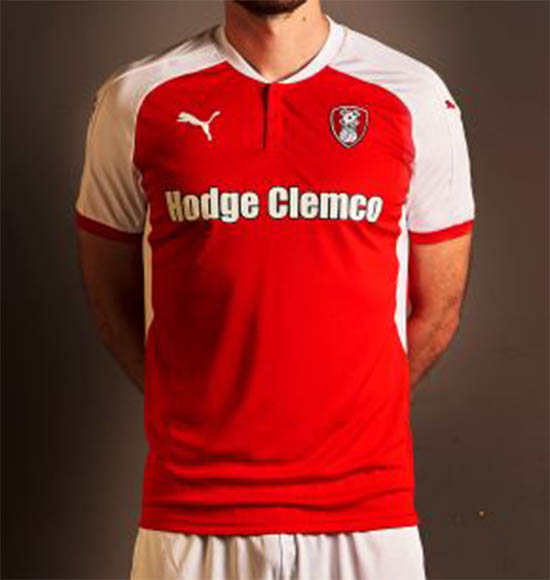 Puma has used the Arsenal 2015-16 shirt as a template for this design. The two-button Henley collar, with white panels across the shoulders and on the side of the body.

Tweaked, of course, to give Rotherham their own identity. Red cuffs marry with the red band at the top of the collar while the white panels on the side do not extend all the way down the shirt.

Completing the kit is white shorts with red trim, along with red socks featuring white trim. 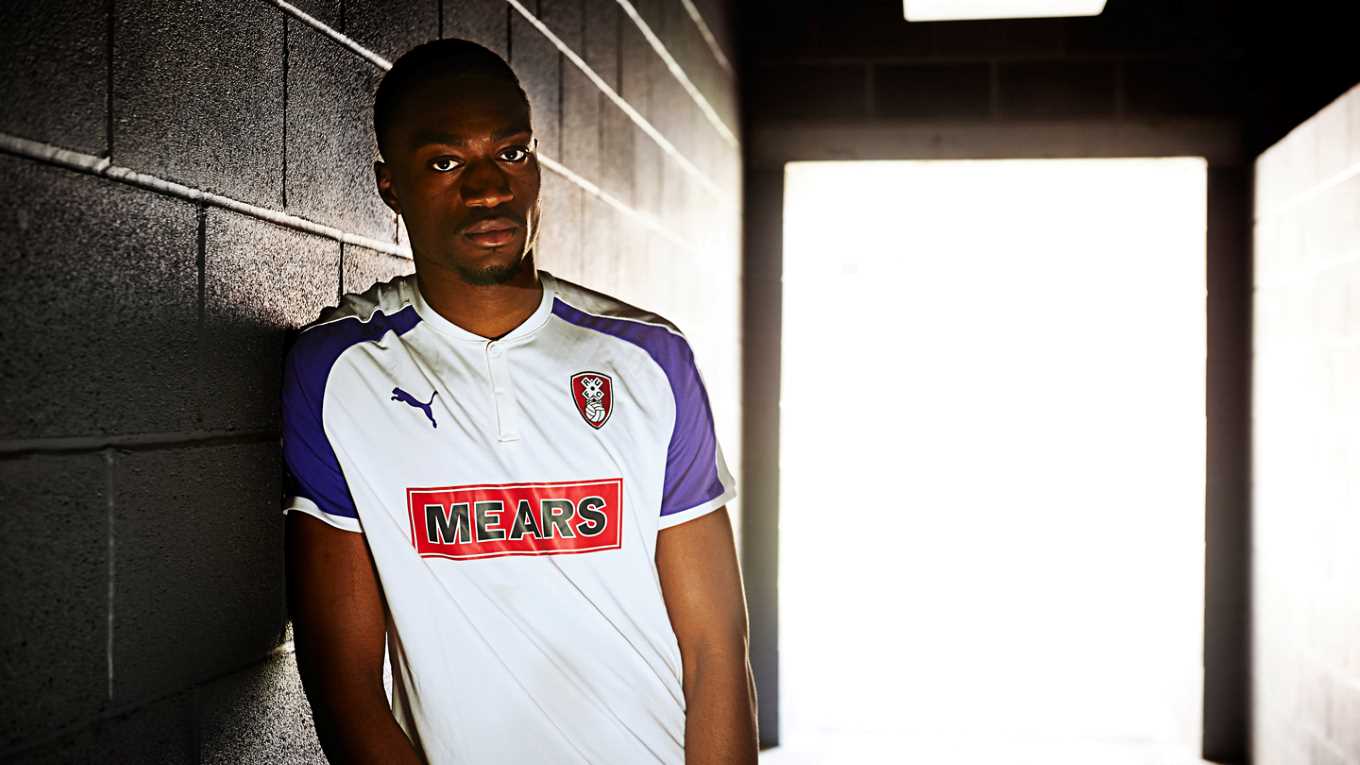 The shirt uses the same contrasting template as the home kit, substituting red and white with white and blue. 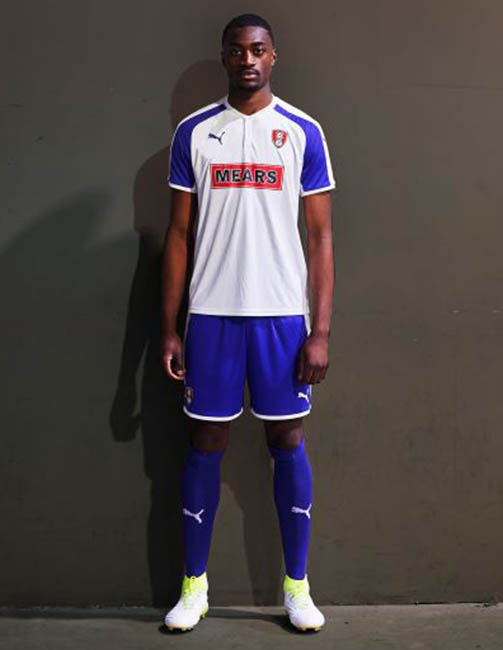 The shirt is once again, a clean design with royal blue panels across the shoulders and sleeves. 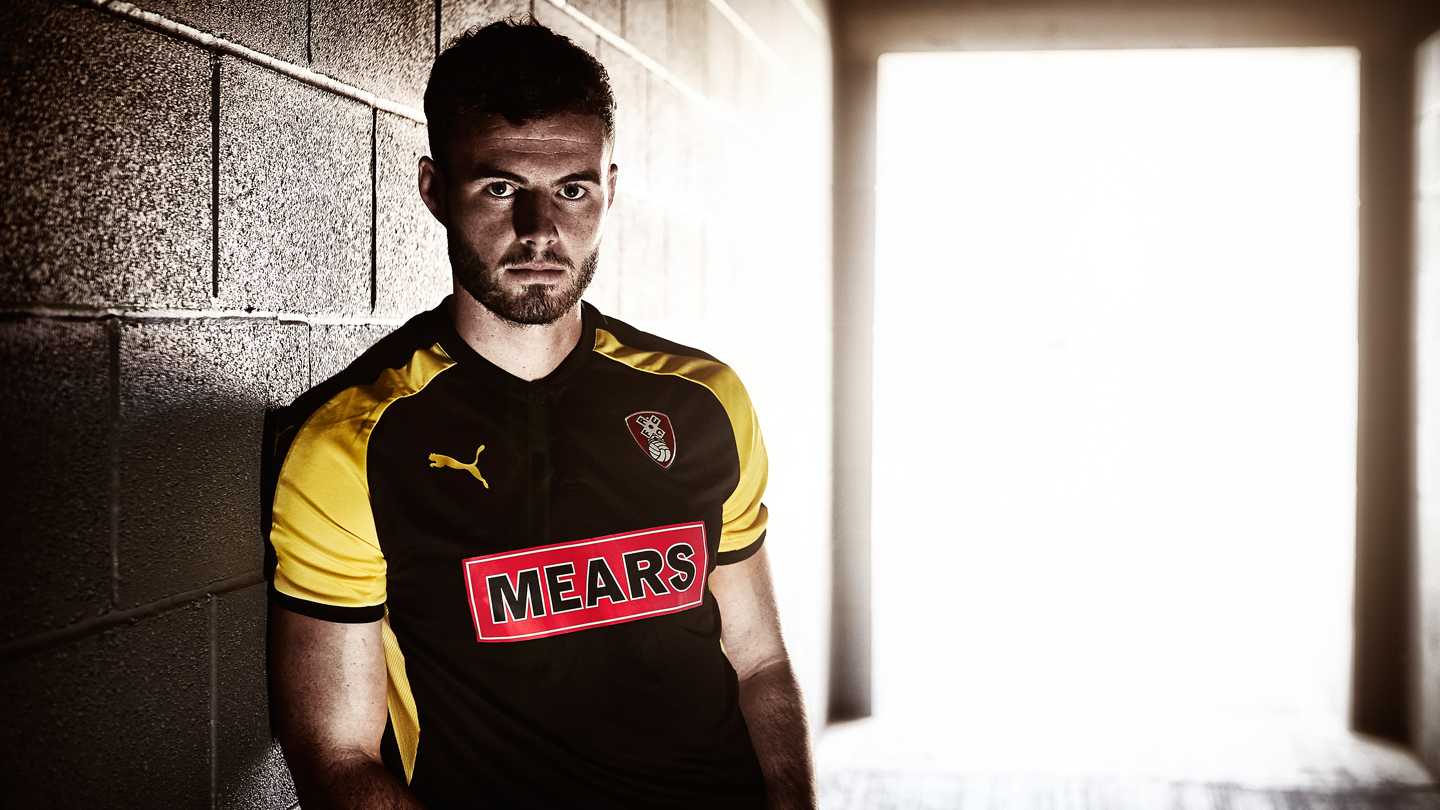 With the contrasting body and sleeves appearing once again, the kits enjoy a consistency Millers fans will hope to recreate on the pitch. This time the shirt body is black with yellow sleeves. 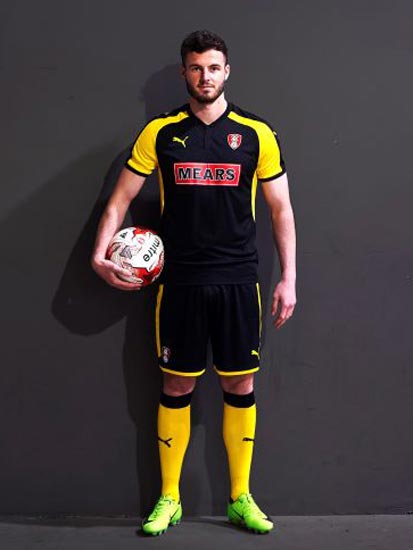