Shortly after the release of their home kit, Rotherham United have launched their new 2016/17 away kit. 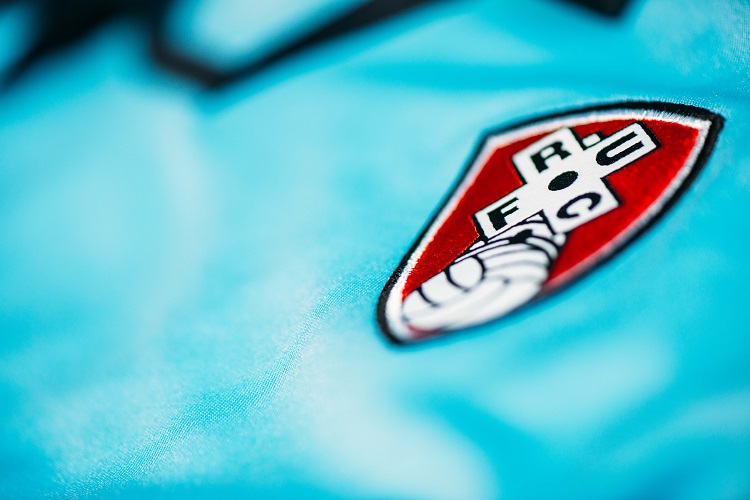 Rotherham United have opted for an all-blue 2016/17 away kit. Made by Puma, the kit is predominantly sky blue with navy blue shirt sleeves and collar. 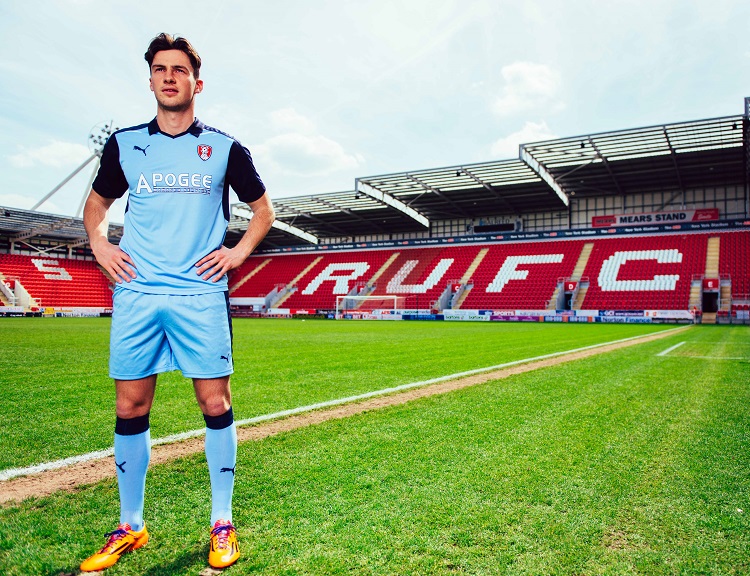 The body of the shirt is plain sky blue front and back with the logo of sponsor Apogee, breaking the colour in white font. On the right breast sits Puma’s logo with The Millers club badge on the left.

The shirt sleeves are navy blue with a panelled effect across the shoulder leading to a navy blue collar. Puma have printed a light blue motif on the left shoulder and the same on the right. 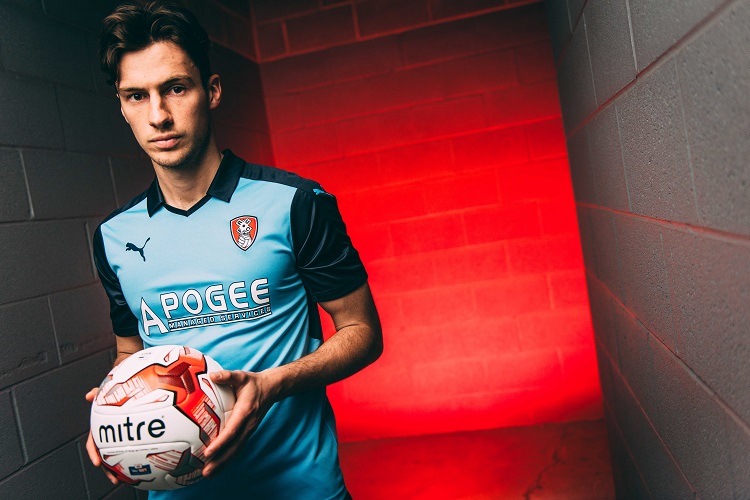 The kit is completed by sky blue shorts and socks. The socks have a navy blue turnover with a Puma logo on the shin. 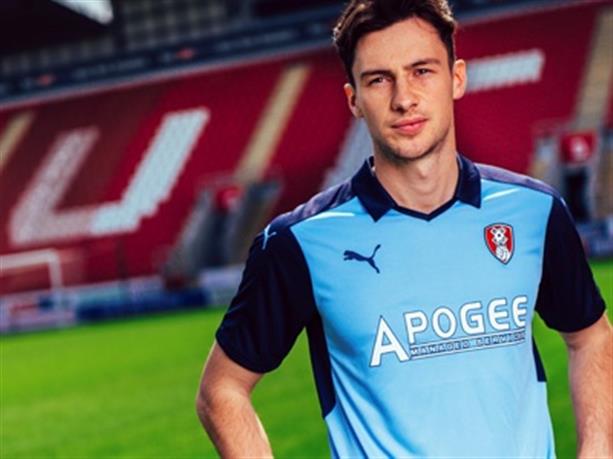 The club is confident that the striking contrast on the kit will prove popular with supporters. Millers Commercial Director Steve Coakley, said,

One of the kits that is most fondly remembered by fans over the years was from the 2009/10 season, and we have tried to meet that demand by reproducing a similar strip for next season.
The away shirt also incorporates the collar which has been well-received on previous shirts and I am sure this strip will be a hit with the Millers fans.

The kit is excellent for the simplicity of its design with the navy blue offering a distinctive contrast to the sky blue. Is it a hit or miss for Millers supporters?