Serie A club Sampdoria revealed their 2016/17 kits this week.

It’s the club’s seventieth birthday on 1st August 2016, formed after the merger of Sampierdarenese and Andria Doria. The merger is permanently referenced in Sampdoria kits with the white, red and black bands across the chest being the original colours of both clubs.

Samdoria are in good company this year. The United Nations is also seventy, as is Unicef with the club wearing the motif “UNICEF – 70 anni per ogni bambino” – “UNICEF – 70 years for every child” – on their shirts for the Genovese derby in May this year.

The club tried to give itself an early birthday present but Mario Balotelli declined to sign for them!

Joma has released a template Sampdoria home kit for next season. 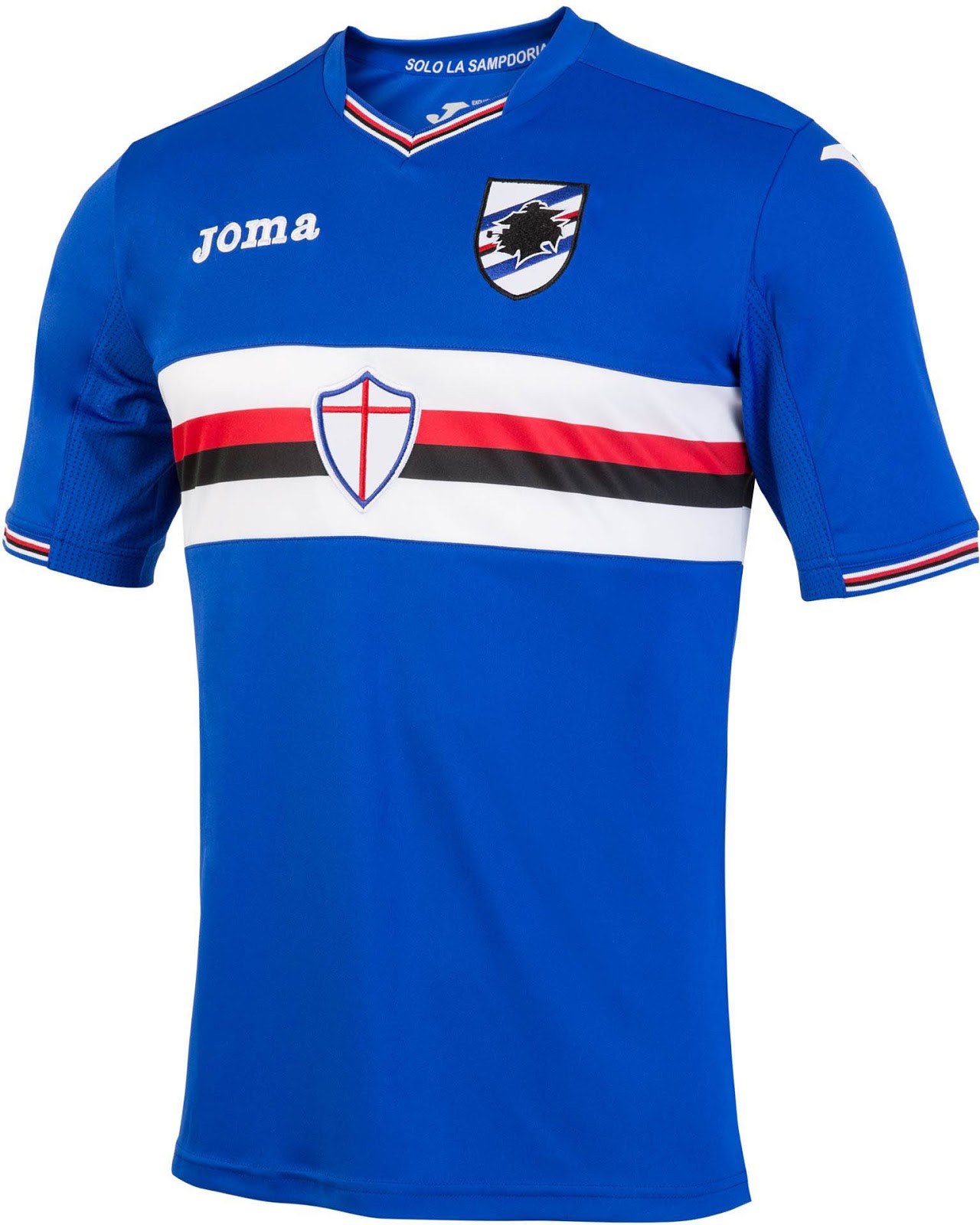 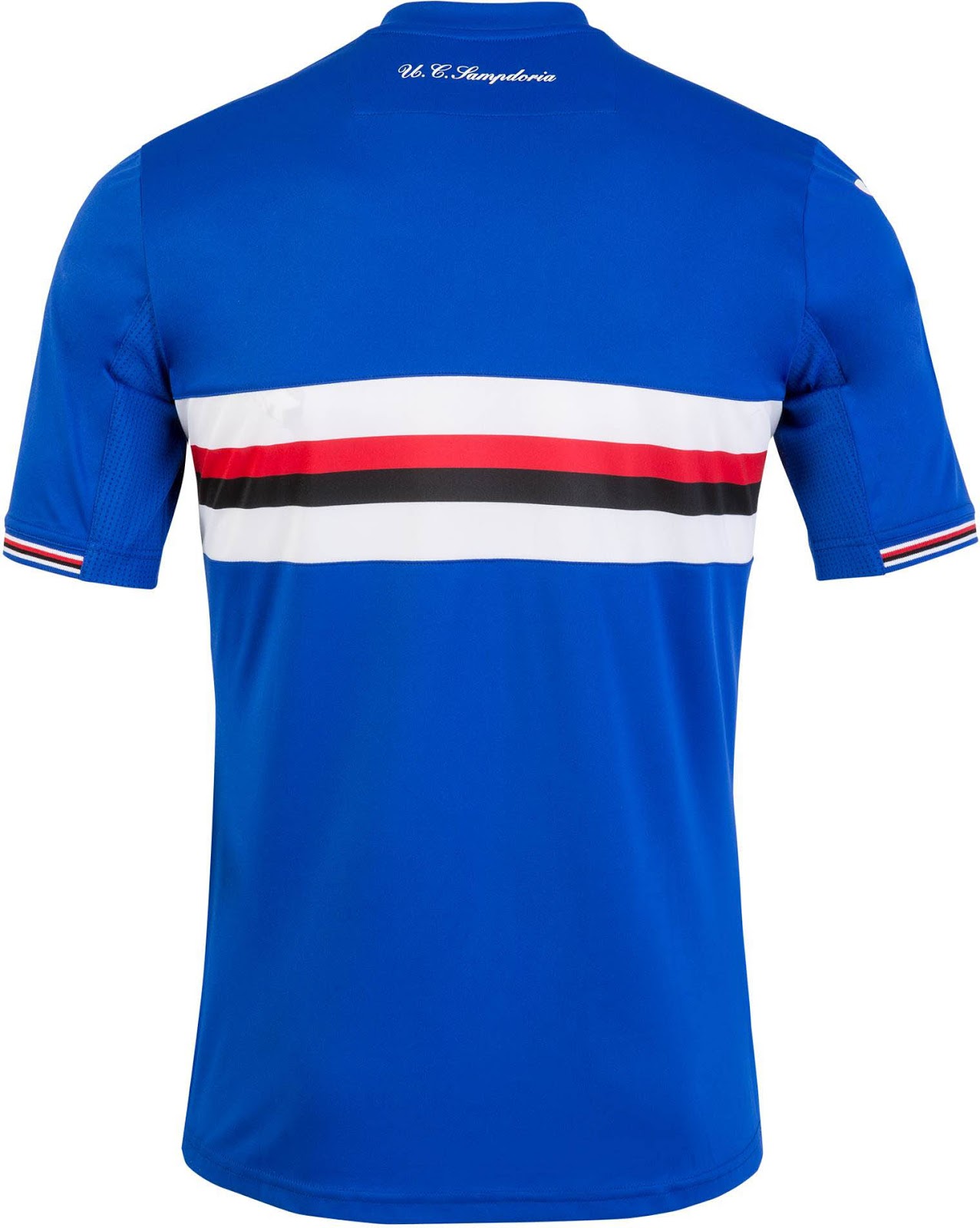 The shirt is royal blue with the familiar white, red and black chest band. Sitting centrally in the shirt is an interpretation of the Genoa city crest. Sampdoria is a club proud of its heritage; the city crest is accompanied by Baciccia, a sailor, in the badge, honouring Genoa’s maritime traditions.

The trim on the shirt – the collar and sleeve cuffs – is a mixture of blue and thin white, red and black bands. The side and reverse of the neckline are blue with the bands forming the front of the neck. The sleeve cuffs are blue on the inside, banded on the outside.

Inside the back collar is the slogan, “Solo La Sampdoria” – “Only Sampdoria”.

The shorts are white whilst the socks are blue with red, black and white trim. 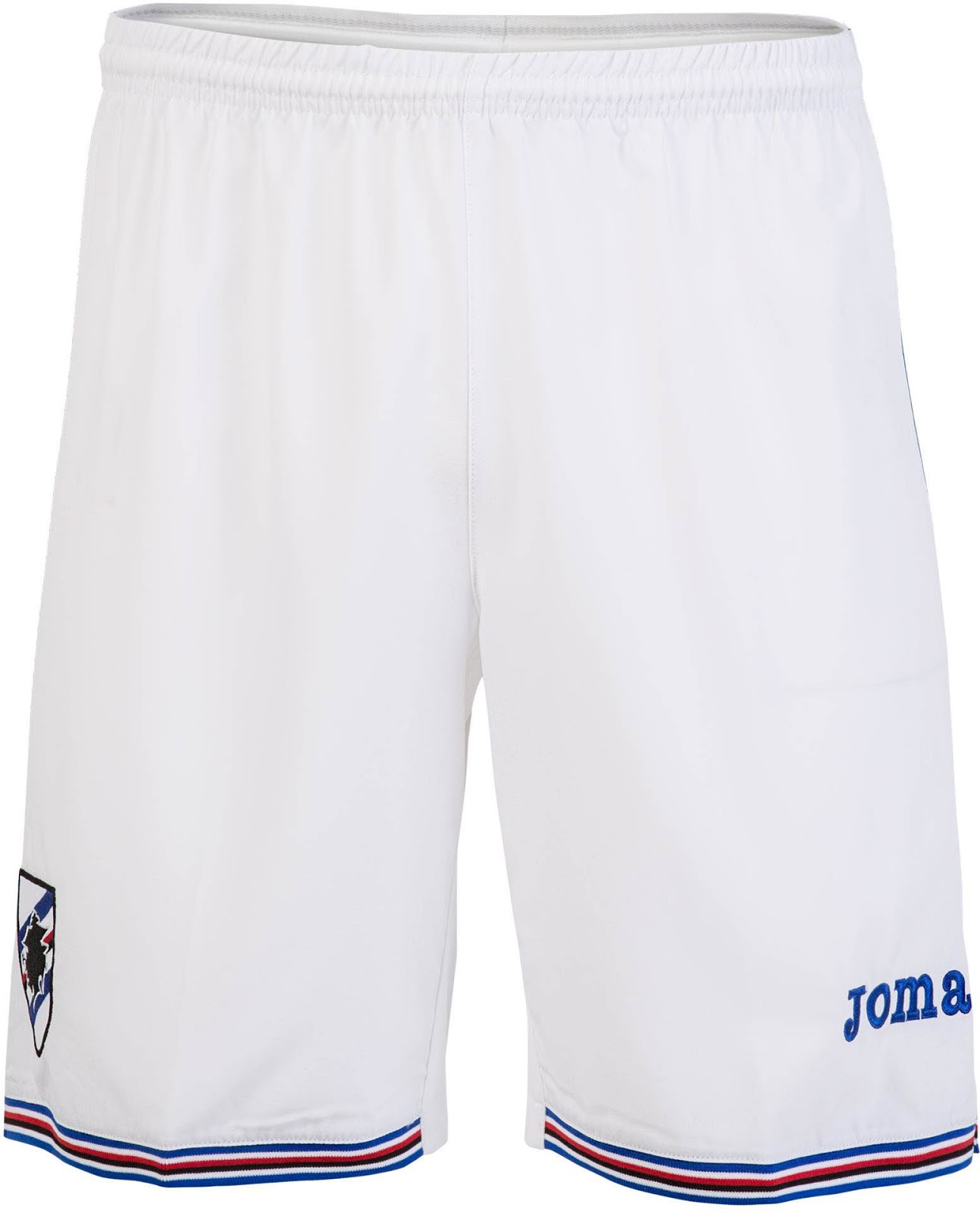 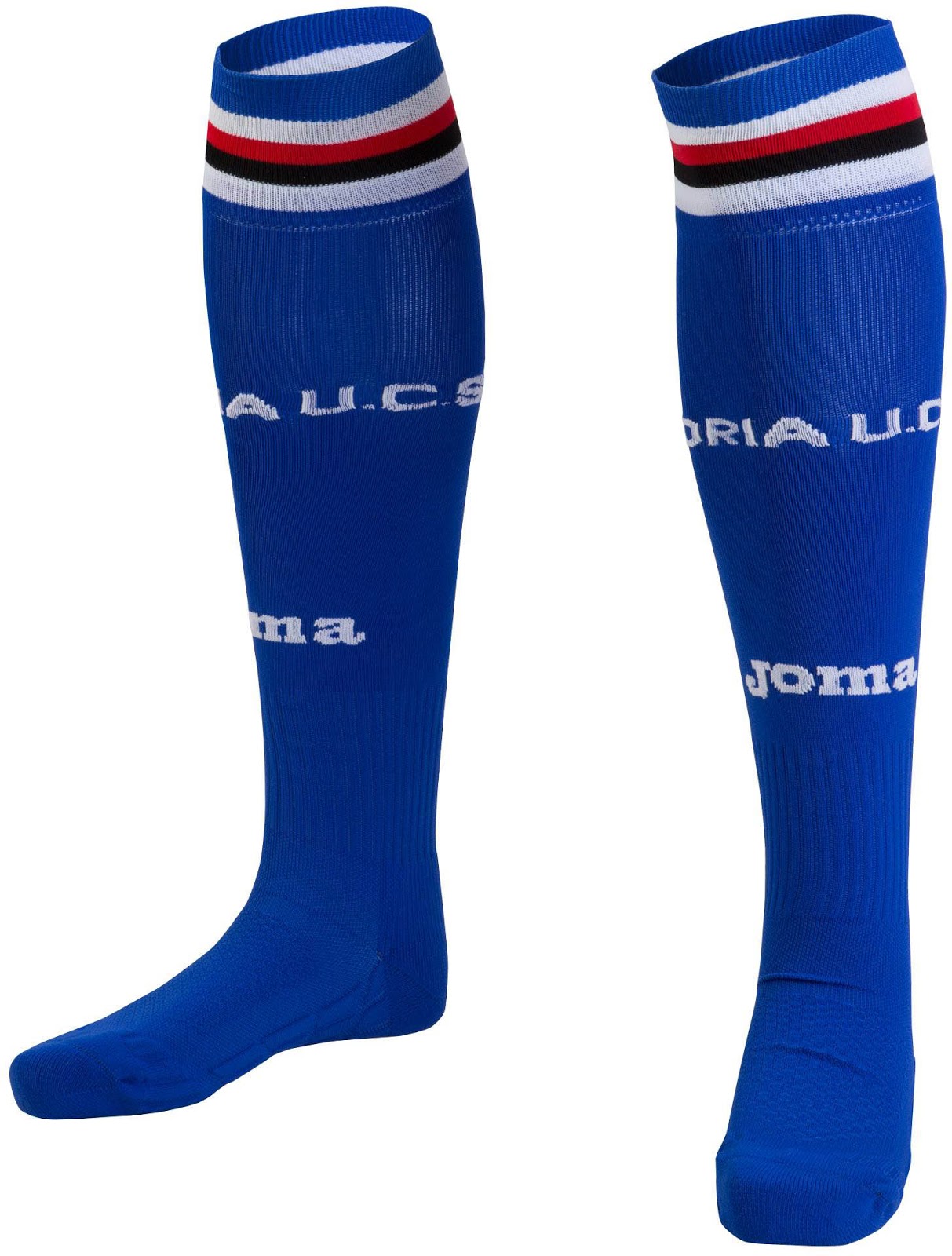 Joma has let their fashion sense roam freely with the Sampdoria away kit for next season. 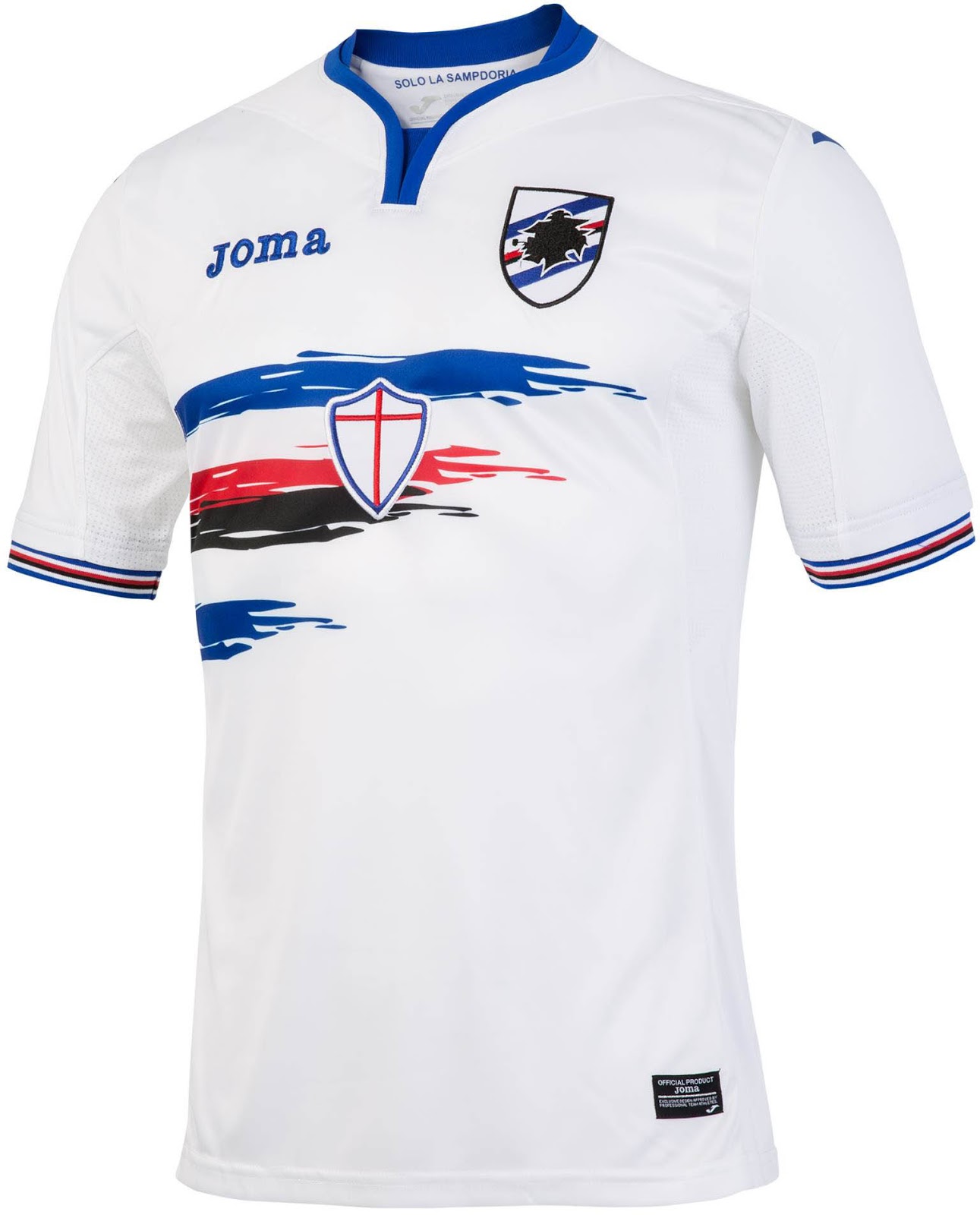 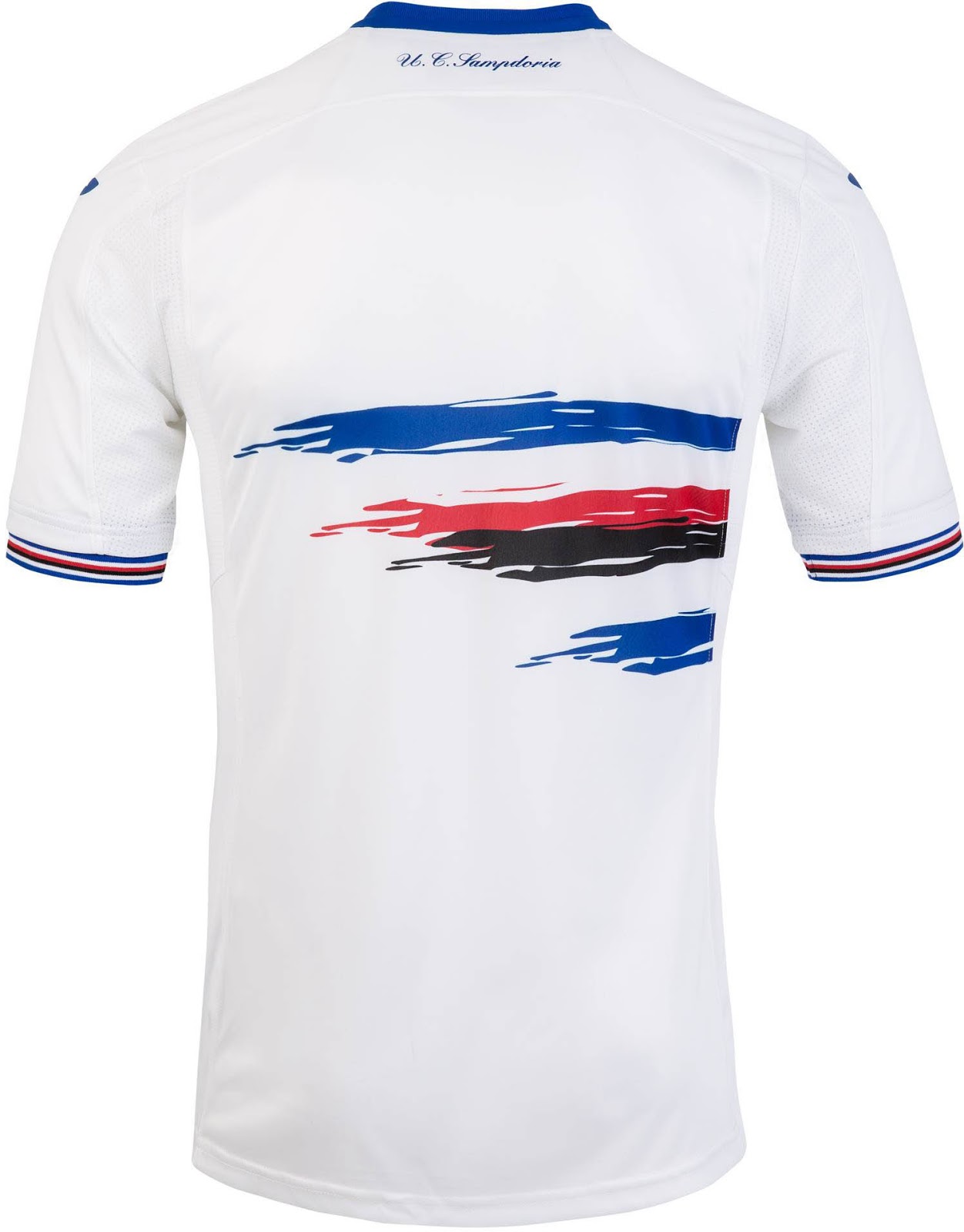 The shirt is predominantly white with the club colours of red, black, white and blue making up the trim. Across the chest are upper and lower blue streaks, with red and black in between. The faded look gives a paintbrush effect.

The shorts are blue with white socks finishing the kit. 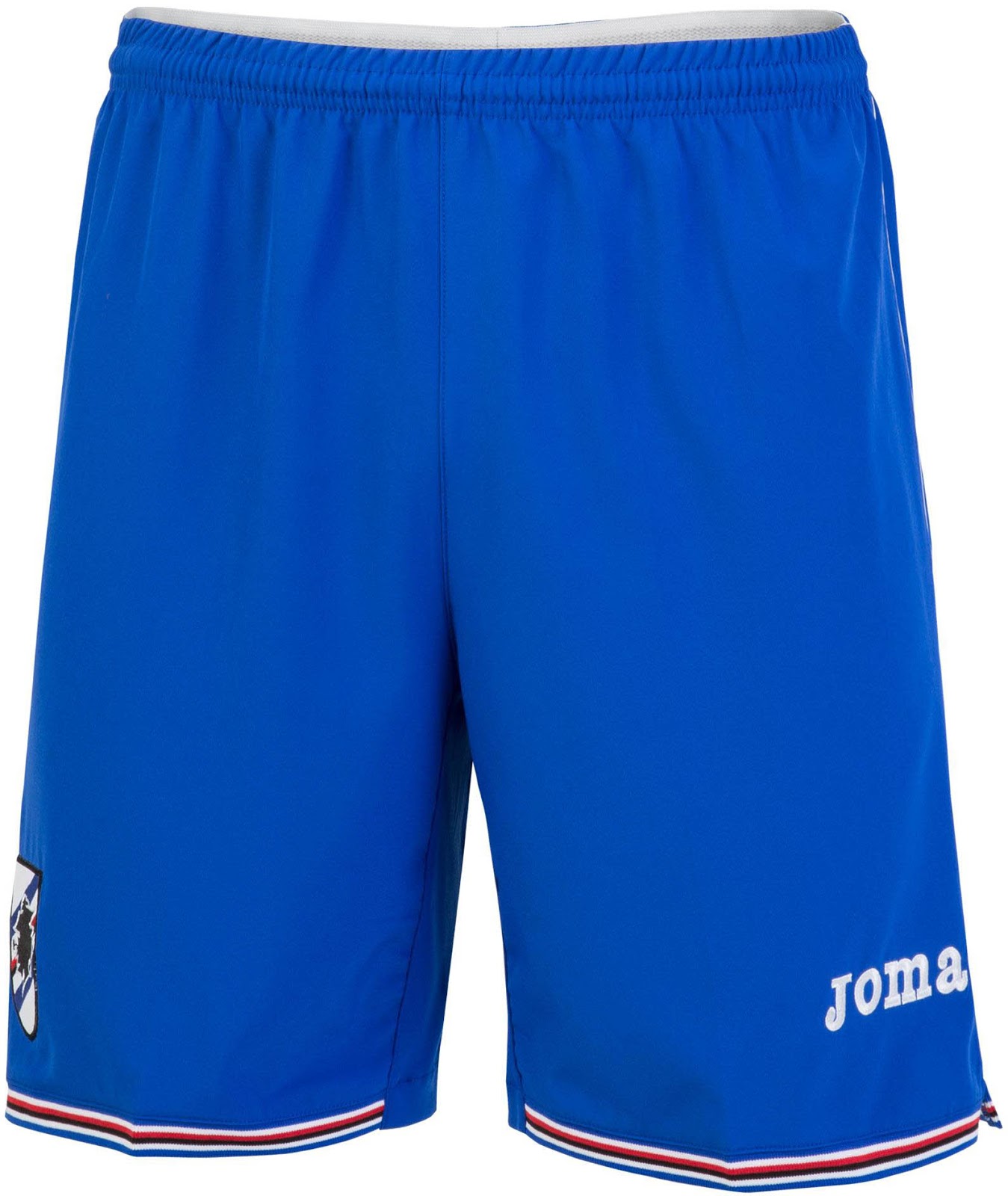 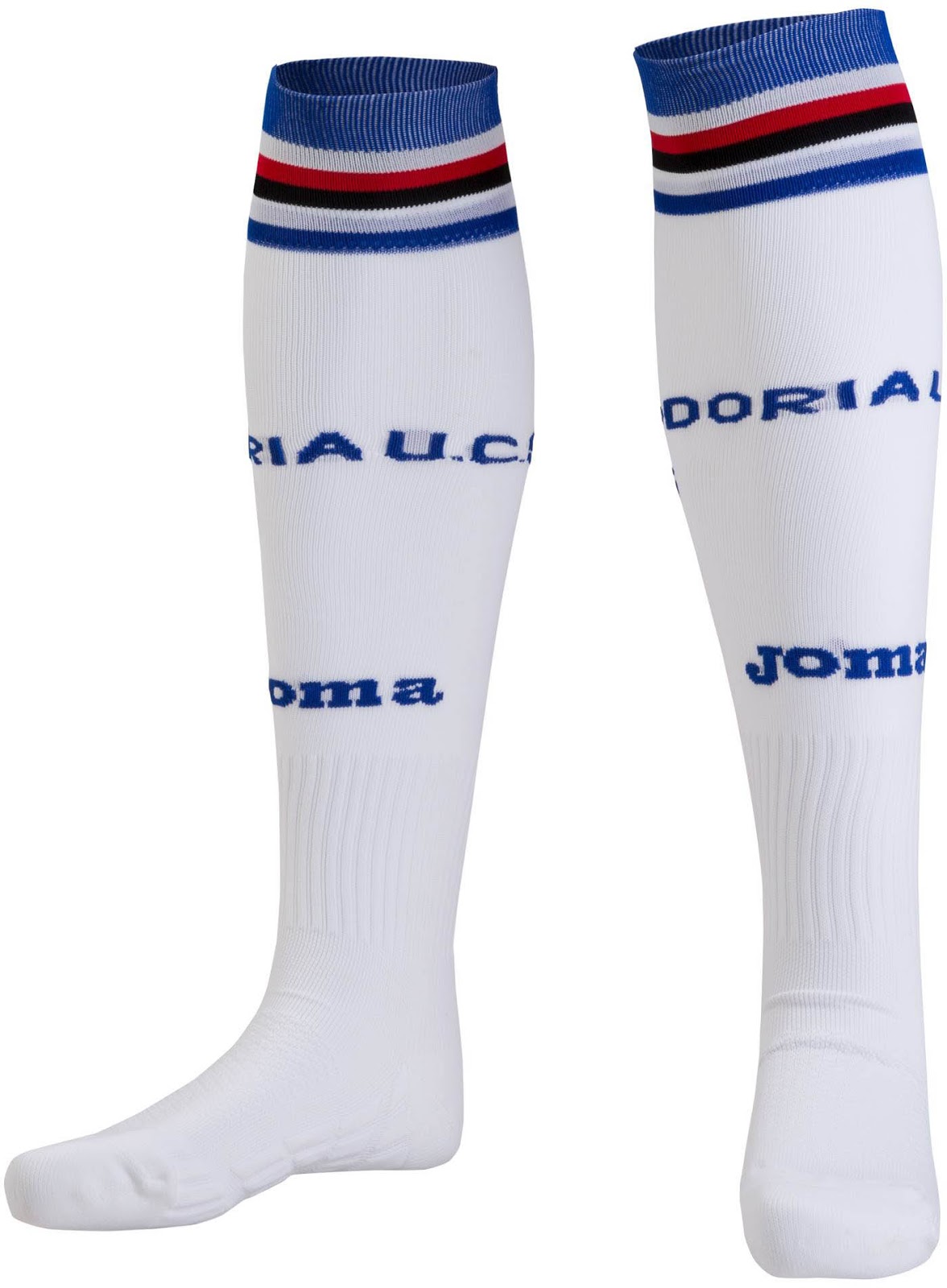 Whilst the home kit pays homage to history, the away strip takes the past and brings a modern fashionista approach to the design. A mix of the old and new; appropriate for a club based in Genoa. 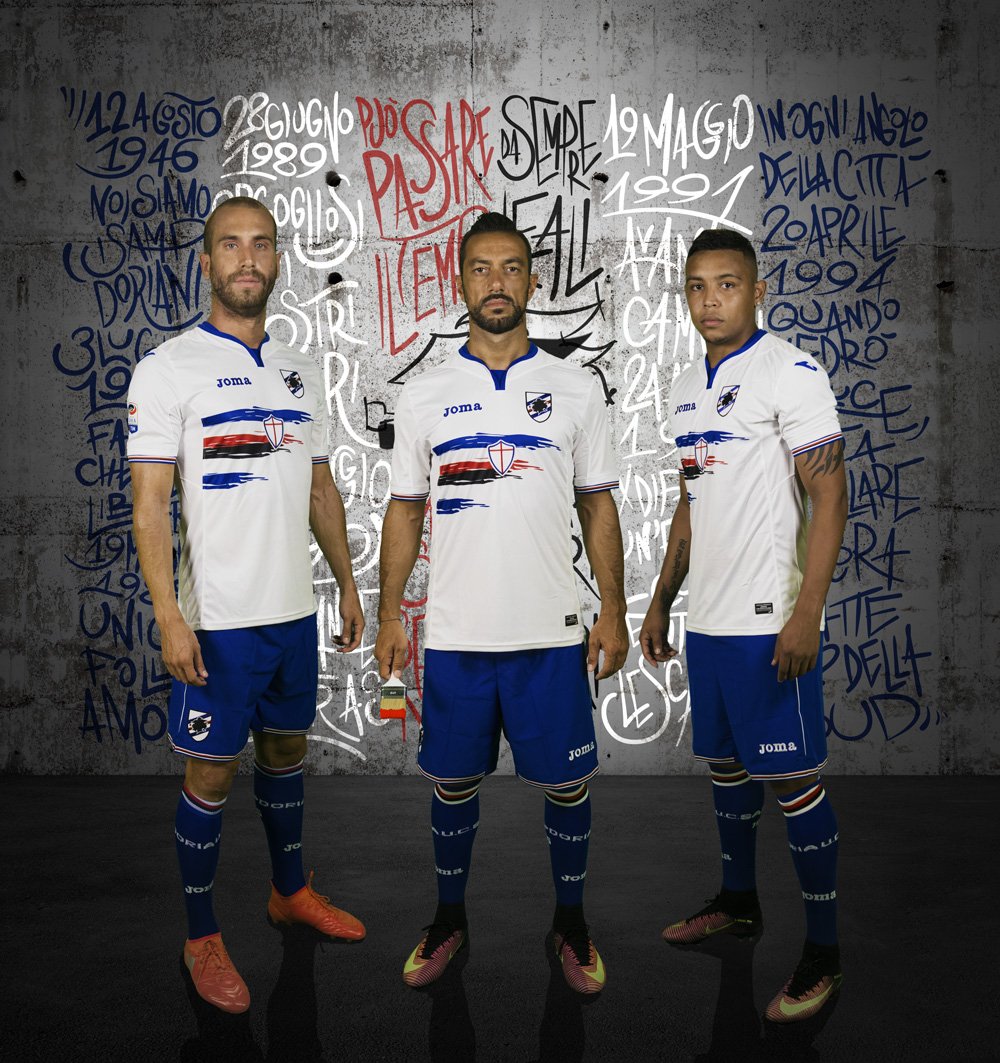