Sao Paulo, one of Brazil’s most successful clubs, have released their 2016/17 away kit. It’s the Tricolour strip from manufacturer, Under Armour, in their traditional away colours.

The red and white is from Club Athletico Paulistano and from Associacao Atlética das Palmeiras, black and white. The two clubs merged in January 1930 and formed Sao Paulo. Since then, the colours of both founding club have been remembered on the home and away kits. 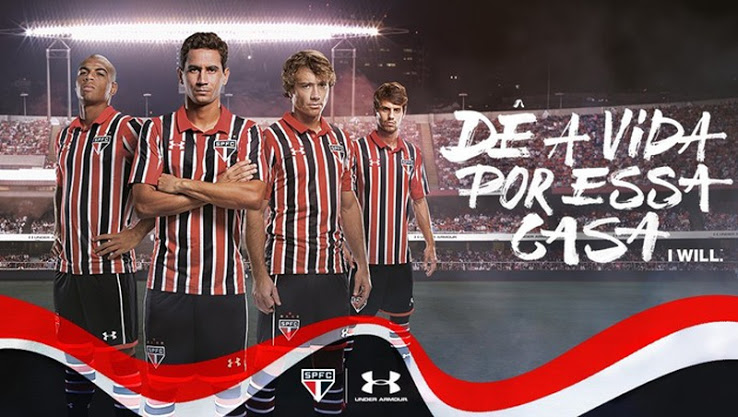 This is the Sao Paulo away kit for the 2016 Campeonato Brasiliero and 2017 Campeonato Paulista. 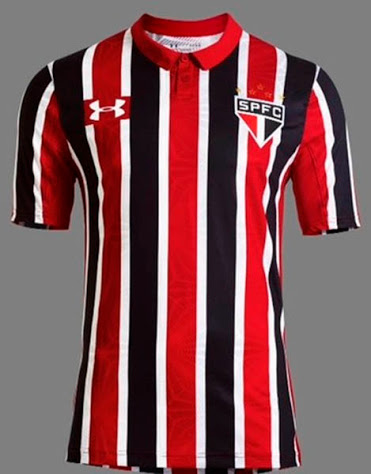 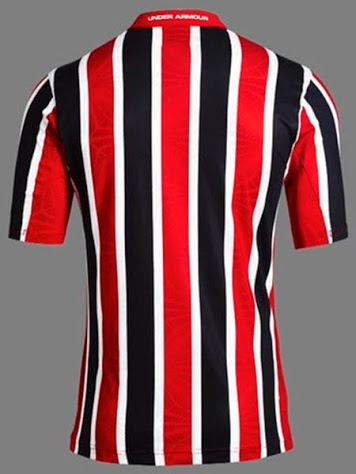 The broader red and black stripes are separated by thinner white stripes. The pattern is repeated across the front and back of the shirt, on both the body and sleeves. On the underside of the sleeves sits a solid red panel. 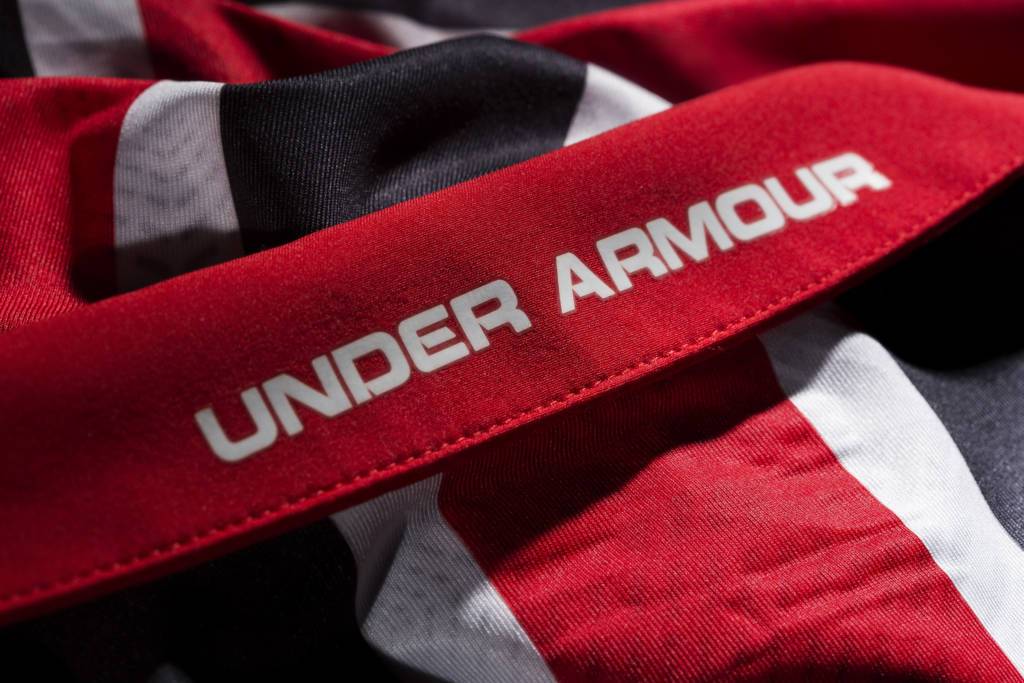 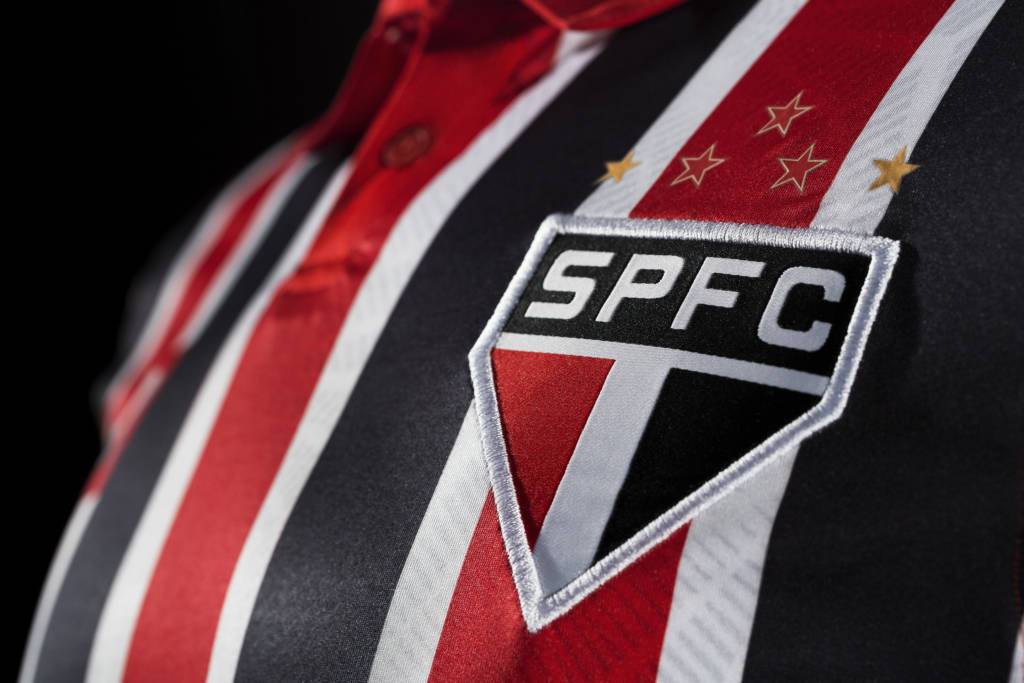 With no shirt sponsor, Sao Paulo’s kit will be untarnished. Financially, it’s a blow but the kit will be aesthetically pleasing. The two-button red neckline leads into a full red collar. On the reverse, Under Armour have their name printed.

The club badge, itself red, black and white, sits on the left breast with the two golden and three red stars above it. The gold stars recognise Brazilian sprinter, Adhemar Ferreira da Silva, world and Olympic records from 1952 and 1956. He was also a member of the Sao Paulo club. Three red stars signify the club’s World Club championships in 1992, 1993 and 2005.

The kit is finished with black shorts and hooped socks in the three colours. 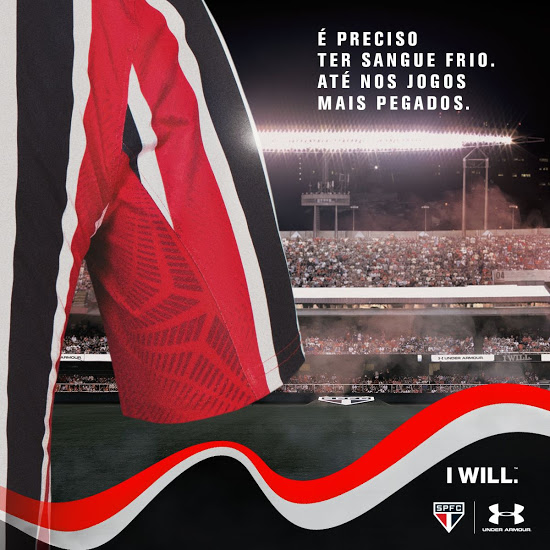