There’s a fortnight to go until the Campeonato Brasiliero Serie A season begins and Sao Paulo are already planning an improvement on last season’s tenth place finish. Their campaign begins at Cruzeiro, who recently knocked the Tricolor out of the Copa do Brasil. 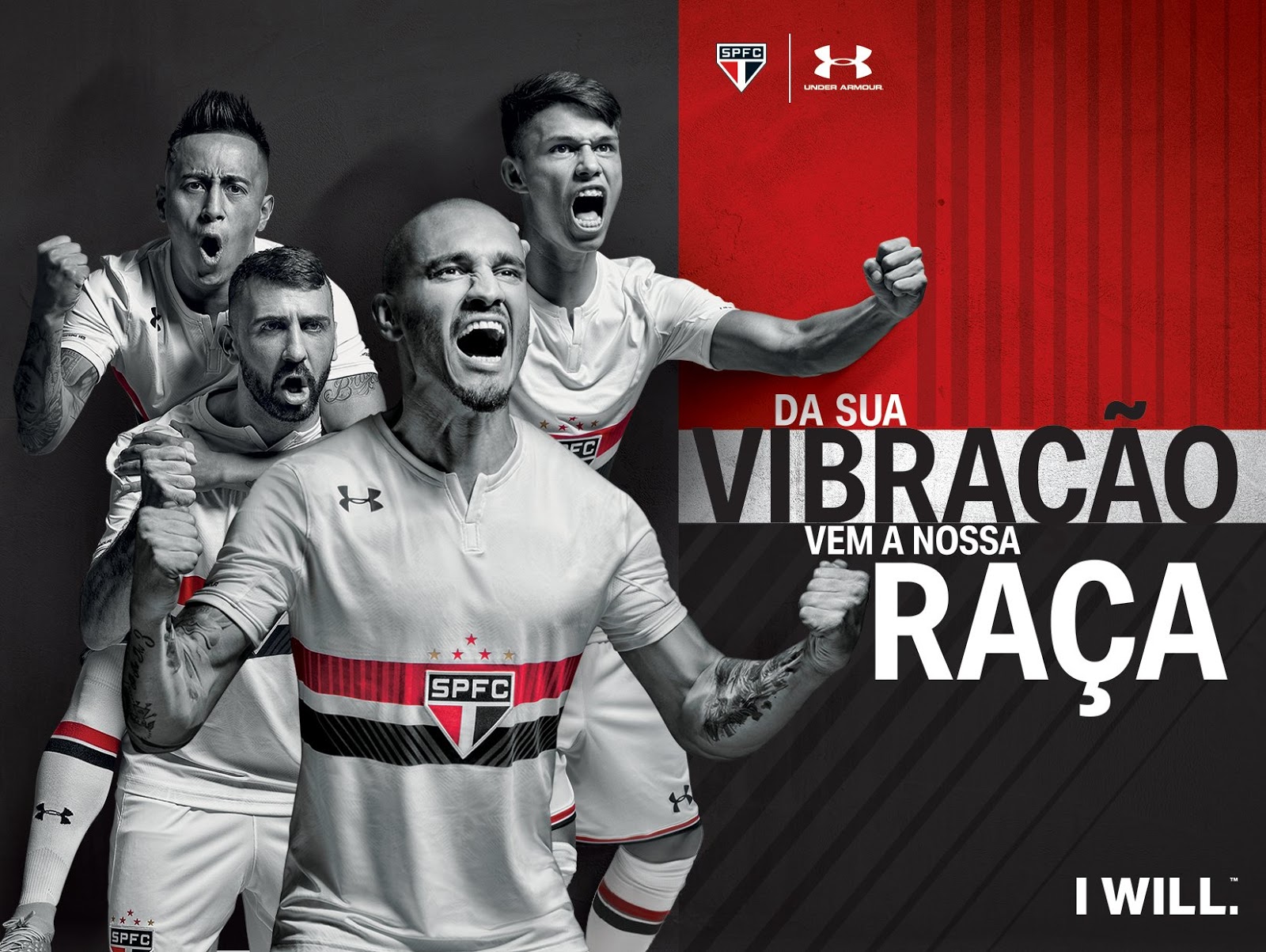 A swift dose of revenge will get the league campaign off to a flying start.

In the Copa Sudamericana, Sao Paulo drew 0 – 0 at Argentine side Defensa y Justica in the First Stage, first leg. The return in Brazil takes place on 11th May. 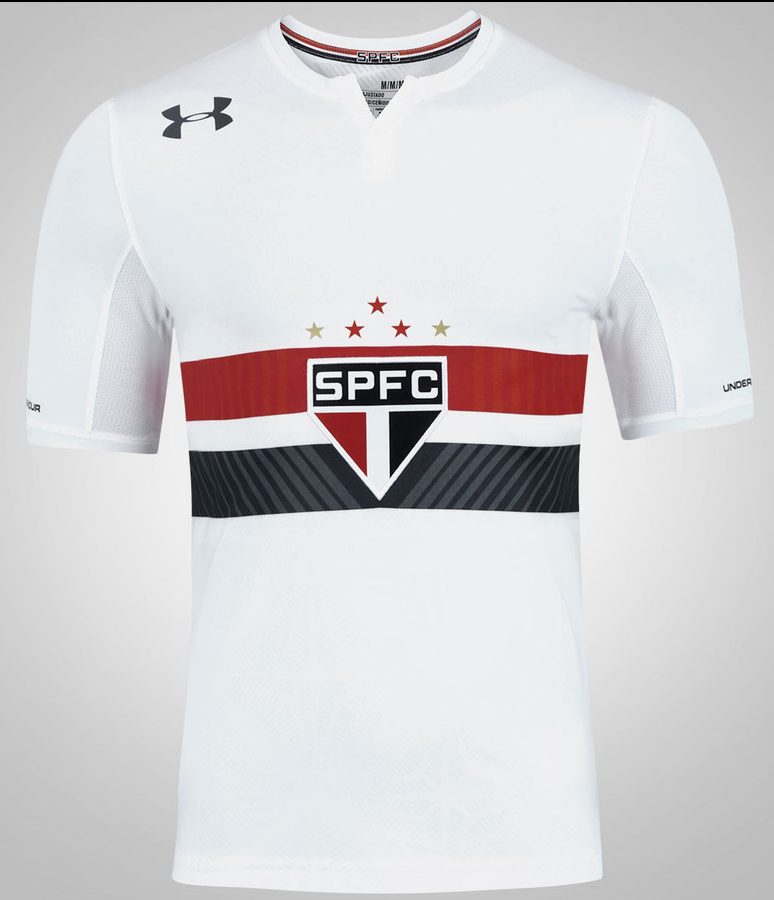 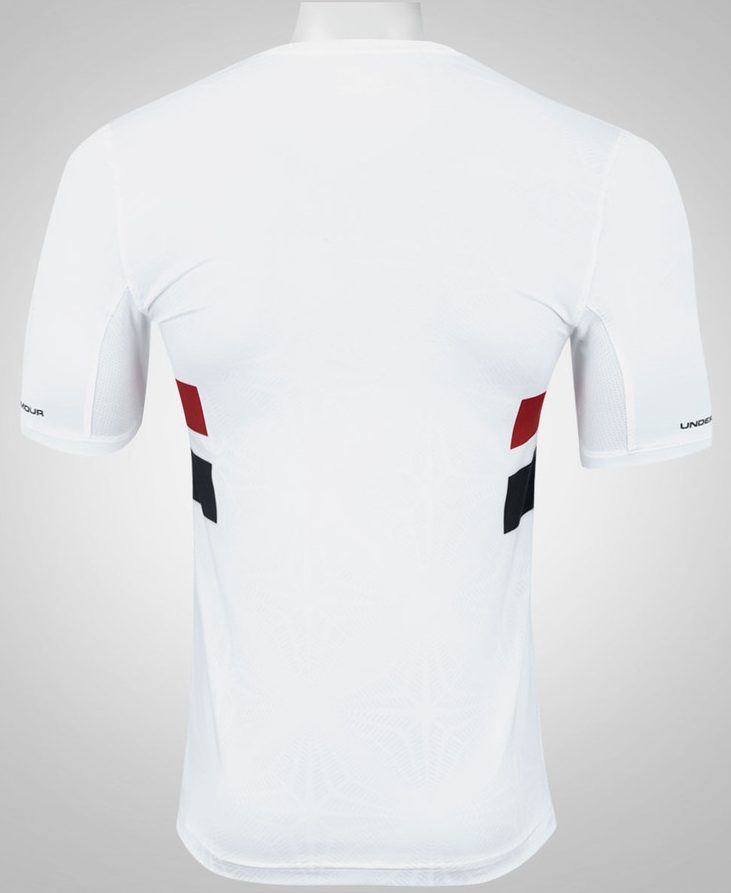 Under Armour remains faithful to the club’s traditional colours. A white base for the shirt body is interrupted only by the tricolour bands across the chest. 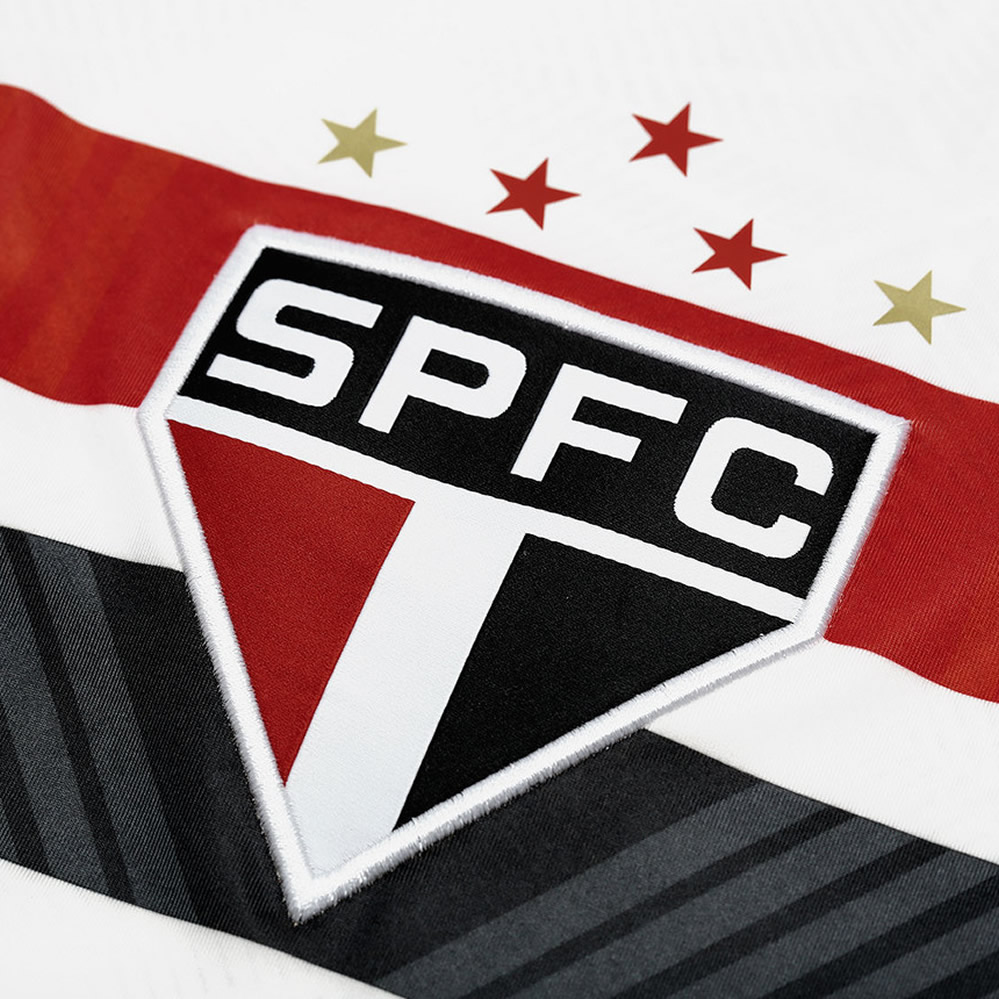 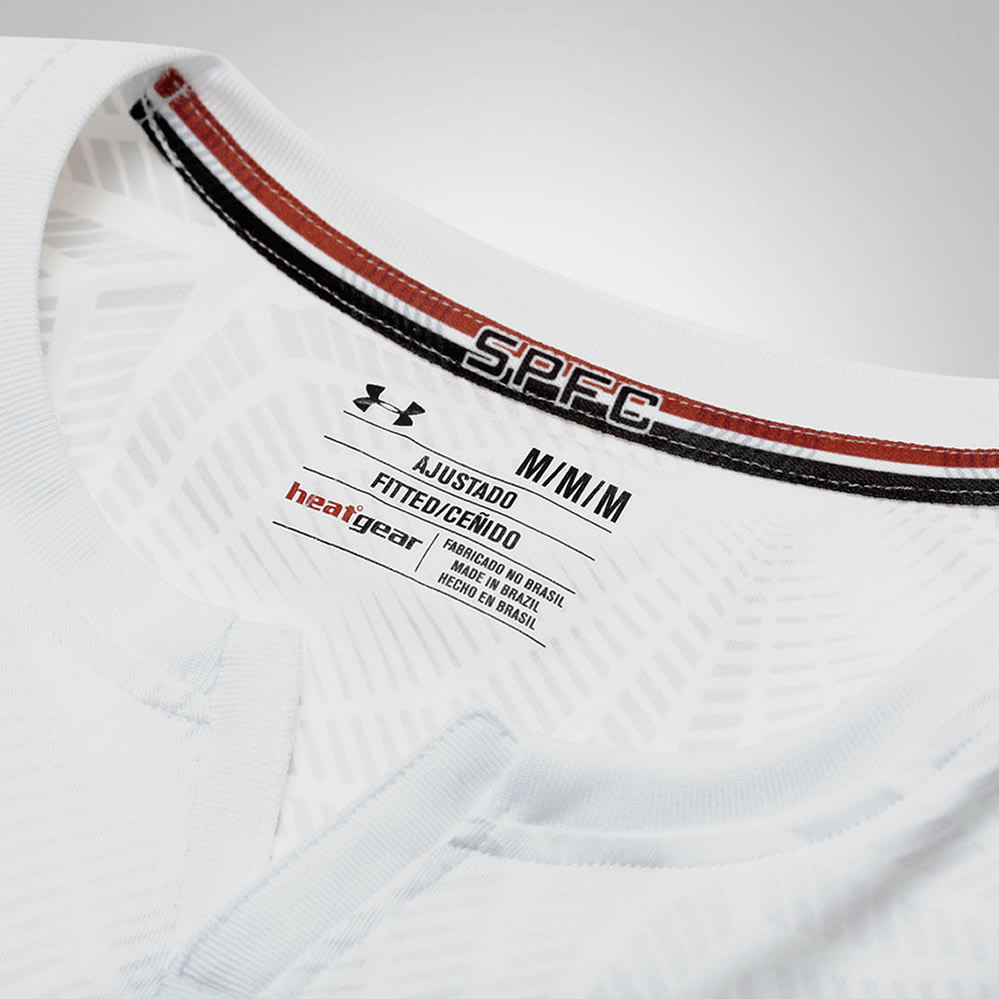 The black band features a tonal graphic pattern, forming angular downward lines from right to left and from left to right in a chevron effect while the patterning on the red band is more subtle.

Complete with the familiar five stars, the club crest sits centrally, bisecting the bands. With Under Armour’s logo, it is at present the only logo on the shirt. However, that will change once sponsors are confirmed,

Finally, the shorts and socks will be white.